There may be spoilers if you have yet to see any of the movies.

Robert DeNiro may very well be one of the greatest actors to ever grace the big screen, but for the longest time he has been an absolute laughing stock. It just so happens he had a great year. Despite being “just ok” movies, his performances in Red Lights and Being Flynn were the DeNiro we have been waiting for. His role in Silver Linings Playbook is best of all of them though. He is what we have come to expect from DeNiro at this point in his life. Grumpy and loud. But he also has these ticks and OCD behavior that makes it all the more interesting when he bluntly states how ashamed he is of his son’s mental problems. 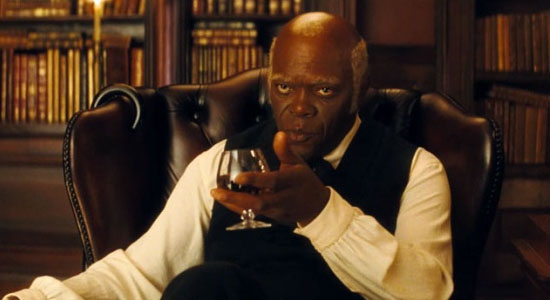 Christoph Walt may have won the Oscar, and DiCaprio might be getting all the “snubbed” hype, but Samuel L. Jackson was the real best supporting actor of this movie. In this slave revenge thriller that only Tarantino could make, Samuel L. Jackson burts into a scene hobbling and yelling in this really dumbed down slave stereotype saying “massah” and instead of “master.” From there you can kind of expect to get a really bad slave cartoon for the rest of the movie, but Jackson proves that he is a wolf in sheep’s clothing. A shark gently gliding through the scenes ready to bite. In one amazing scene, we see him stand up straight, wipe the goofy look off his face, and lecture DiCaprio’s bossman character. He essentially proves he is the puppetmaster of this plantation. It makes that creepy look he gives Django as he undresses Broomhilda all the more frightening. 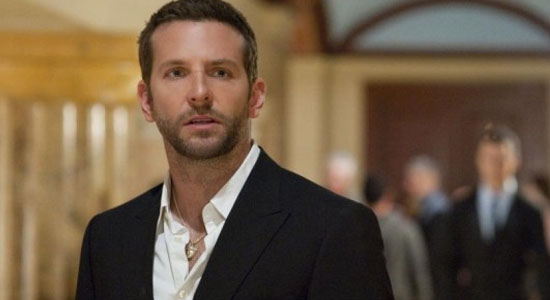 Bradley Cooper plays Pat, an undiagnosed manic depressive and bipolar whose struggles with mental health pushed his wife away. When he catches her cheating on him, he has a violent episode that gets him locked up in a mental facility for 8 months after which he is released to his parents. Cooper plays a balancing act between 2 very different versions of the same person. There is the violent angry Pat who overreacts to Hemingway novels and his wedding song, and there is the calm Pat who is really trying and succeeding at getting better. The angry Pat had the potential to be cringeworthy, but calm Pat legitmizes the whole thing. Cooper very much reminds me of Mark Ruffalo in the Avengers all bottled up trying to hold the Hulk back.

With this role, Quvenzhane Wallis has become the youngest actress to ever be nominated for Best Actress at the Oscars, and it is well deserved. A very controversial look at poverty in Louisiana rests on her shoulders. She plays Hushpuppy, a young girl raised in a shantytown. Her wide-eyed curious nature turns the whole world into a fantasy world. She is charming, funny, and capable of great intensity. She has a stare that can (and does) stop a wild animal in his tracks, and she becomes a glimmer of hope in among so much tragedy.

Christopher Walken plays Hans, one half of a dog kidnapping business that returns the dogs after cash rewards are posted around town for them. He is also a psychopath. Not overtly so, but a dark history is written all over his face and weighs on him heavy. He ends up running around a town with his buddy Billy, a big time psycho, and their drunk writer friend, Martin. Billy is the fun, Martin is the audience stand in, and Hans is the heart. The scenes with his ailing wife are some of the most fantastic in the whole movie, and his post-finale monologue rewriting Martin’s story about a Viet Cong turned priest is absolutely brilliant. He is able to be pretty funny while also being either heartwarming or heartwrenching.

Daniel Day-Lewis is the patron saint of actors, of course he would be the first to win 3 best actor Oscars. I wish I knew enough about Lincoln to know if this was accurate or not. It is certainly a look at the former President that I have never imagined. I always imagine this deep, comforting booming voice, but Day-Lewis uses a much more higher pitched voice. It is fitting when you consider how humble Day-Lewis plays him. You can tell he is impressed when the Civil War soldiers can say the Gettysburg Address by memory, even though he doesn’t admit to it. You can also tell how big of a pain in the ass he was for the lawmakers of the time because he was so passive aggressive. 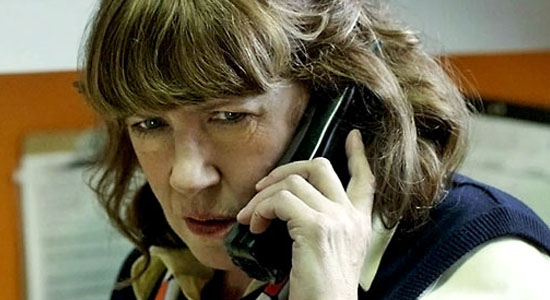 It baffles me that this movie works, but it also baffles me that it actually happened. Either way, the movie works mainly because of Ann Dowd. She plays a fast food restaurant manager who is tricked into performing a strip search on an employee by a man on the phone claiming to be a police officer. Dowd has these maternal instincts where she wants to be cool and involved but also authoritative. This is why her character is so easily manipulated. She wants to help the “officer” but also help get clear her employee at the same time. She sees the easiest way to do that is by following directions. She stays surprisingly sympathetic in such a weird way.

It is said that the level of fear a crazy character portrays is based on how scared the supporting actors act around that character rather than the character itself. Without that strong supporting cast, that character could just come off as cartoony or clownish. The same could be said about DiCaprio or Jackson in Django Unchained, and Kerry is the one that makes them frightening. As Broomhilda, the wife of Django enslaved at Candie’s plantation, Kerry has virtually no lines, but she tells such a clear and specific story with her facial expressions. It is more impressive than any well spoken monlogue. 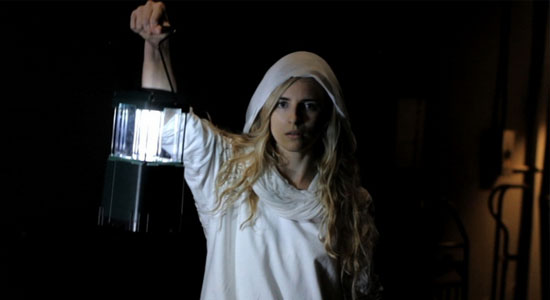 7. Brit Marling – Sound of My Voice

As Maggie, a cult leader claiming to be from the future, Marling is incredibly dangerous. She is incredibly beautiful and charming. She has a very warm personality and has a way with making people feel at ease. She has this Sherlock like ability to figure out the intimate details about her followers just from a few minutes talking to them, but because she is the leader of the cult, you keep fighing the urge to fall for it all. Marling is a true talent. I expect big things from her even if she is only still in the smallest movies.

Holy Motors is such a fucked up movie. It is just all over the place. It can be hard to follow, but it is more like a roller coaster. You should just go with it. The only consistent is Denis Lavant, who plays this actor for hire who comes in and out of people’s lives. He is like a prostitute granting them something they can’t find in real life. Because he plays so many different characters, he shows so much range. That said, the best character of all is the regular guy that we occasionally see changing costumes getting ready for the next scene. It is that keystone role that kind of glues everything together.

Jennifer Lawrence plays Tiffany, the yin to Bradley Cooper’s yang. She finds herself in a similar situation. Her marriage ended with the death of her husband, and she went down a path of of self-destruction. Pat went to anger, she went to sadness. She is stuck in this bubble where she can’t quite socialize properly. The movie itself has been criticized for being easy on social disorders, but the whole point was to spotlight this middle ground area that often gets ignored due to the more extreme cases. I think Lawrence really taps into how normal these kind of disorders are. Restraint is the mot difficult thing for any actor to do, and Lawrence (and Cooper) depicts it so well. She is just constantly teetering on the edge. 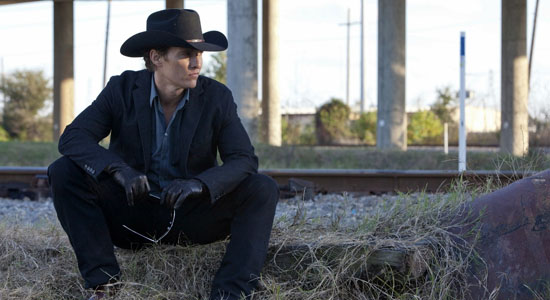 “Killer” Joe Cooper is a detective who doubles as a hitman. He is hired by the redneck family to end all redneck families to kill their estranged mother so they can cash in on the big insurance plan. McConaughey is totally out of his comfort zone with this movie. He is one crazy motherfucker, but as opposed to McConaughey’s over the top performance from that Texas Chainsaw Massacre installment he was in, he is very steady here. It is the reason why he is so scary. He looks and feels like he is in complete control even though the things he is doing are totally messed up. This is exactly the role McConaughey needed to get him out of his rom-com funk and remind everyone why is was once considered “the next Paul Newman.”

Jessica Chastain had a goddamn amazing 2011. Tree of Life and Take Shelter were two of my favorite movies of last year, and she gave 2 of the greatest performances in them. In the end, she got some recognition for the playing the ditzy broad in The Help but whatever. This was a great role for her because it took all the strengths from Tree of Life and Take Shelter and put them in one movie. She has a quiet grace and wavering confidence. She is desperately trying to keep up. She says things like “I’m the mother fucker who found the place,” really awkwardly posturing as the only girl in the boy’s club. She punctuates the whole thing nicely with this really vulnerable emotional breakdown. What is Ahab to do now that he has caught the white whale? 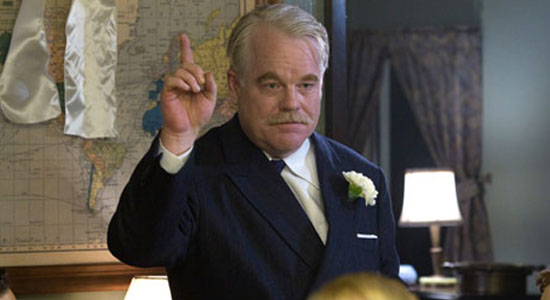 Joaquin Phoenix got so much credit for this movie because he had this really great physical transformation that matched his psychological torture, but I personally thought he was a little hammy. It was Hoffman as the new age cult leader and teacher that capture my imagination. He is so confident constantly proselytizing to anyone who would listen. He turns every subject and conversation into his own brand of pyscho-babble bullshit. The best part though was when he finally found someone willing to argue and push back, he devolved into a screaming baby calling his detractors name like “pig fuck.” That is the kind of discourse you get from angry nerds on message boards not from a so-called intellectual.

Mary Elizabeth Winstead is beautiful, and for a long time, that was all that she was to me, just another pretty actress who is always going to be recognized because she is that pretty. Well, she acted her fucking ass off in this movie and gave what should be remembered as the best performance of the year. She got completely ignore this award season from just about everyone so hopefully history has a heart for her performance as this functional drunk who finally gets a wake up call. She gives us some very complex at frustration, sadness, and anger. By the way, fuck Flight! That was not an honest portrayal of alcoholism. Denzel Washington acting like a goddamn rockstar for the entire runtime before suddenly becoming guilty in the end? Please! This movie had the balls to look at sobriety as the lesser of 2 evils instead of some divine, morally pretentious path.

← Why You Should be Reading Gestalt Comics
The Pull List: Must Read Comics of 3/13/13 →