Top 10 Zombie Movies of All Time

I don’t know what it is about zombies, but everyone loves them. Me included! The fact that I am even trying to make a list of the best ones of all time is an invitation for ridicule. This could be argued for days on end, but with the controversial World War Z movie hitting the big screen, I can’t help but think of the movies that got it right. So go ahead! Tear into me! I hope you choke!

PS: I started doing lists chronologically rather than ranking them, but this on is definitely ranked.

This one gets an honorable mention because the creatures aren’t really text book zombies. They aren’t dead or re-animated, but they are scary as shit in my opinion. They have that pack mentality and rabid intensity where you don’t need suspension of disbelief to believe they could take down a country. If anything World War Z seems more like a 28 Days Later… prequel than a proper zombie flick.

10. The Return of the Living Dead

Return… is the sort of sequel to George Romero’s defining flick, Night of the Living Dead. Romero and his co-writer, John Russo, parted ways, but Russo somehow kept the rights to the term Living Dead which is why all of Romero’s direct sequels dropped the word Living. Return… had more of a sense of humor about it than Romero’s other features. It was borderline spoofish embracing its cheap schlocky production going for a more trendy punk rock coolness rather than Romero’s social conscious. It also popularized the fact that zombies mumble “Braaains!” as they lumber about. 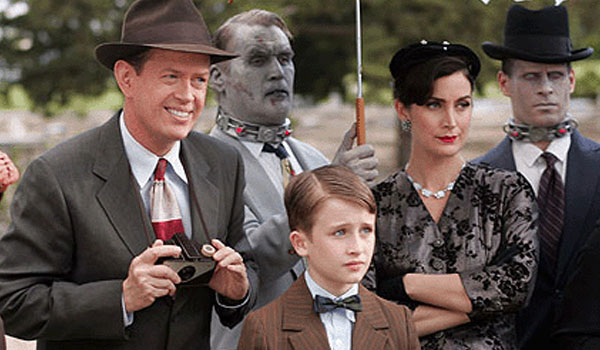 This is a horror-comedy where zombies have been domesticated into pets. It is an alternate history where th 1950’s was bombarded with space radiation causing a zombie plague (or its one of those movies that looks like it is in the past, but is actually in the future where enough time had passed that life started over). I thought it was pretty damn funny thanks mostly to Scottish comedian, Billy Connolly’s, awesome portrayal as the titular pet, very reminscent of Day of the Dead’s Bub.

8. Night of the Comet

If your friend has an ’80s themed party, and you don’t really know what that means, watch Night of the Comet. The fashion and music on full display here is exactly the thing those people are talking about. It’s like someone tried to remake Dawn of the Dead by ripping off John Carpenter. The synth score. The dark sense of humor. The color scheme.  It reminds me so much of early John Carpenter.  This time around a comet passing the world kills all the on-lookers, turns a few unlucky shlubs into zombies, and now even unluckier survivors get to play the “Stay Alive Game.”

Zombieland was originally supposed to be a tv show. They finally tried to make it a show with Amazon’s help and it was a pretty big failure. The guy playing Tallahasse was more of a goof than a badass like Woody Harrelson was. Columbus and Wichita had zero chemistry unlike Jesse Eisenberg and Emma Stone who found the middle ground between 2 completely different characters. Little Rock didn’t have an ounce of charm that Abigail Breslin has. Basically, the movie could have gone in a whole lot of different directions, but the cast is what made it work . That and the greatest celebrity cameo of all time!

This is the third of George Romero’s 6 ….of the Dead flicks. It is the first to really have a true sense of epic hopelessness. The US government, what little left, was forced underground into military bunkers performing tests desperately looking for a cure while the rest of the country is overrun with zombies.  They might be motivated by the cure, but it is the ever thinning rations, cabin fever, zombie test subjects just waiting to escape, and all around isolation that makes everyone a little stir crazy. Plus, there’s Bub the zombie (pictured). Everyone loves Bub! 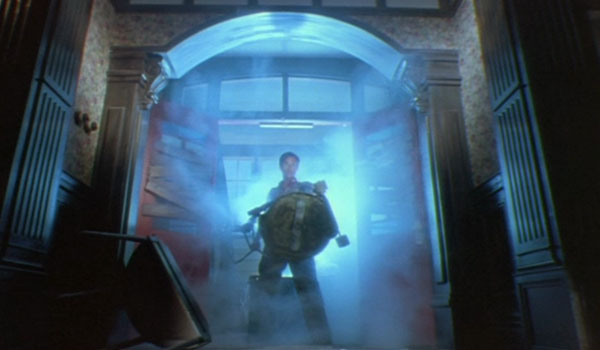 Also known as Braindead.  Dead Alive is a gory horror flick made by Peter Jackson almost a decade before he started the Lord o f the Rings movies. It follows a geeky mama’s boy, named Lionel, falling in love and trying to keep his zombified mother and all her zombified victims a secret. It is infamous for its explosive finale of blood and guts when Lionel destroys a giant horde of zombies in what is the most AWESOME collection of creative death scenes I have ever seen. 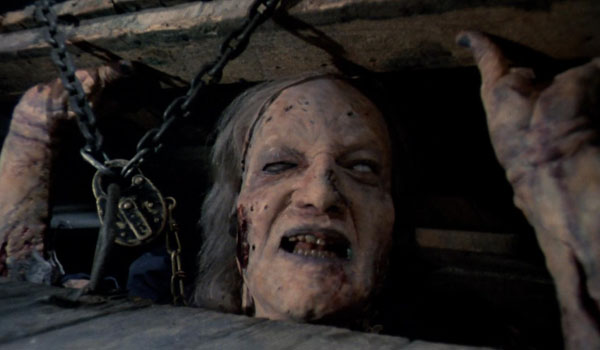 The original Evil Dead and it’s pseudo-sequel/remake Evil Dead 2 are too similar not to include together. The first is one of the coolest homemade horror movies to ever be made, but Sam Raimi definitely ups his game and improves on a number of visuals with Evil Dead 2, which borders on horror and comedy in the most perfect way. Only one other movie really beats it, and that is the next movie.

3. Shaun of the Dead

Edgar Wright and Simon Pegg are big geeks who have earned themselves a whole lot of geek cred for their referential comedies and their genre homages. Shaun of the Dead  was their first movie together. Wright directed Pegg as Shaun, a developmentally arrested adult working a store clerk job, who finds himself in a romantic comedy subplot with a girl way out of his league when suddenly a zombie plague takes over London. It is equal parts romantic comedy and zombie adventure. Remove one and you still have half of a good movie. 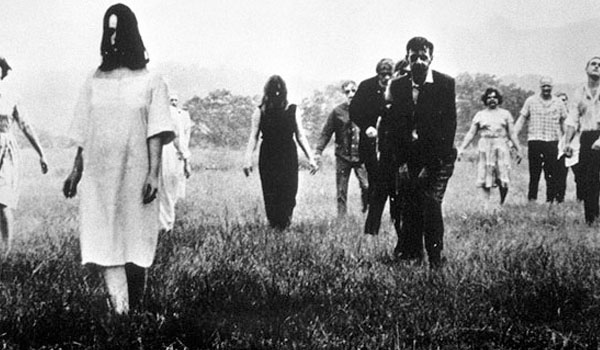 2. Night of the Living Dead

This is the first of Romero’s Dead series. It is the one that started it all redefining zombies for the modern era. Before, the word zombie meant hypnotized undead brought back through voodoo magic to do the bidding of its master. This is a little more scary. A countless horde of shuffling unstoppable chewing machines who look just like your neighbors and loved ones. Romero struck gold with this flick. That makes it all the more funny that no one remembered to copyright it. Seriously! It is in public domain. 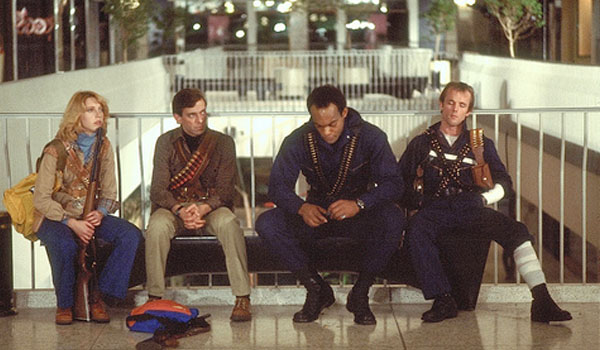 Dawn of the Dead is amazing. The original of course, not the caffeinated remake. It is the second of Romero’s flicks. It is his best work, the best zombie flick, and probably my all time favorite horror flick. It is a more sophisticated version of Night of the Living Dead, as well as a subtle slight at American consumerism  considering survivor and zombie alike seem subconsciously driven toward the mall.

I’m sure everyone is going to race to mention The Walking Dead, and how it is so good that it should be included even though it is a TV show, but I decided just to stick to movies. George Romero has 3 other …of the Dead movies (Land, Diary, and Survival). Land… almost made it, but the other 2 are not up to snuff. The Re-Animator series has quite a following, but it just missed the mark for the list. Sorry. There is the Italian Zombi 2, an unofficial sequel to Day of the Dead, with a pretty memorable shark scene. And of course, there is The Serpent and the Rainbow, Wes Craven’s flick about the more traditional voodoo zombie, which I haven’t seen.