Unlike the usual 2 or 3 episode serial this story goes for an epic 14 episodes. There are smaller serials that divide up the overarching story. It all begins with the Doctor being summoned back to Gallifrey (in an impressive bit of effects work) to stand trail for breaking laws preventing the time travellers from interfering with history. The Doctor is confused and his memories of events are muddled, and he comes under heavy attack from the Valeyard, who acts as prosecutor. The Gallifrey matrix is used to show different events from both the Doctor’s past and future to build a case against him.

The first piece of evidence presented during the Doctor’s trail concerns the Doctor and Peri arriving on Ravolox, which is similar to Earth. The similarity becomes more than vegetation and atmosphere when they find the remains of a London Underground tube station. Both the Doctor and Peri get kidnapped by warring tribes of humans who are battling over a black light generator. One of the tribes are ruled by a robot named Dathro, determined to control the technology of the planet regardless of what needs to be sacrificed. 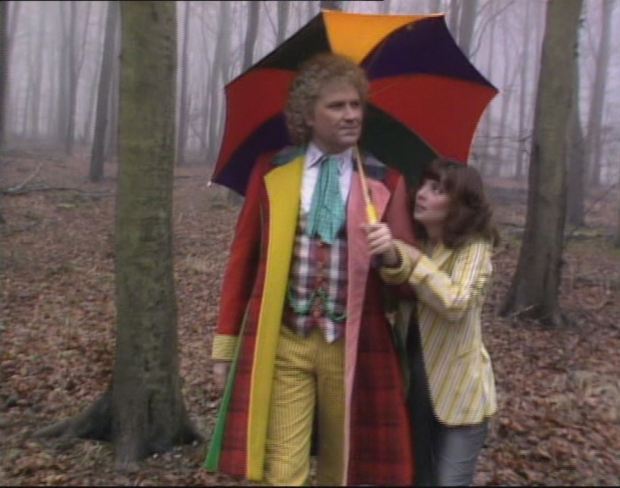 If it wasn’t part of the over-arching Trail mini-series this would be a pretty standard serial. It doesn’t feature any ideas that haven’t already been explored in previous seasons. The sections of the serial depicting the trail do question the Doctor’s habit of being involved in the histories of other races. This is a frequent question brought up by the show but never fully explored, so this is a good starting point. The model shot employed at the beginning of the serial is worth noting for its complexity and the way it is utilised.

In the second part of the Doctor’s trail see the Doctor and Peri arriving on Thoros Beta, where the population have surprisingly advanced technology. They discover the slug-like Sil (played again by the excellent Deep Roy) is supplying weaponry to the tribes. Alongside him is his superior Kiv, who is close to death. Sil and Kiv have recruited the help of a scientist who is experimenting with transferring Kiv’s consciousness into another body. As per usual the Doctor and Peri find themselves in the middle of a conflict, this time between the Mentors and Yrcanos, a tribal leader who takes a shine to Peri. When the Doctor betrays Yrcanos and warns the Mentors of their upcoming attack he finds himself in an uncomfortable position. Peri is captured and the Doctor is forced to allow the Mentors to interrogate her or they’d put Kiv’s mind into his body. Sil and Kiv then decide to use Peri as the host for Kiv and successfully transfer his consciousness. With the belief that the Doctor’s interference was the cause of this action, and fearing what Kiv may accomplish in Peri’s body, the Time Lords manipulate Ycranos into killing Peri.

Quite a shocking episode, to say the least. The beginning of the serial deals with the conflict between the alien tribes, with Sil continuing to be an interesting foe. The actions of the Doctor are quite out of character and would seem strange if it was anyone other than the Sixth incarnation. There being such drastic consequences for his actions is something that doesn’t happen very often, so it’s good to explore this topic. The finale in which Peri is destroyed by what should’ve been a love interest for the poor companion is one of the most unexpected and shocking things to happen in the course of the series.

Terror of the Vervoids

Once again the serial is centred on the evidence being presented at the Doctor’s trail. This time the evidence comes from events from the Doctor’s future, and begins with the Doctor being forced to exercise by his companion Mel. This seems to be typical Mel behaviour based on their dynamic…not that we know anything about Mel. She is quite literally dropped into the show without an explanation or introduction to how she came to be on the TARDIS. From what we can gather Mel is an Earthling and computer programmer with an eidetic memory. How she met the Doctor and began her travels with him is left a mystery. 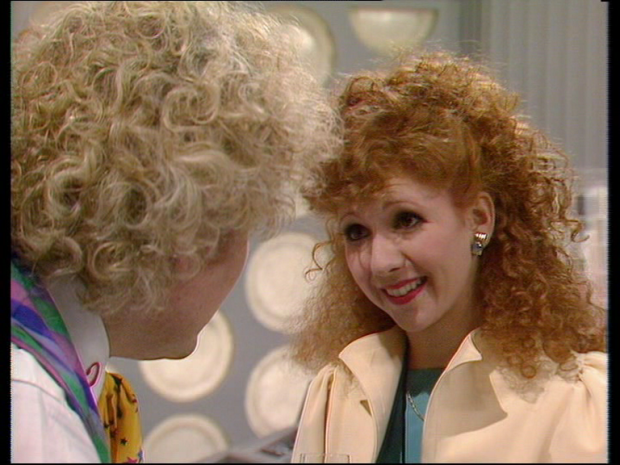 The bulk of the action takes place on the Hyperion III, a space liner cruise ship with a variety of different passengers. A small group of scientists – Professor Lasky, Doland and Bruchner – are acting quite twitching, going as far as accusing another passenger of being investigator. When passengers and crewmembers begin getting attacked and killed people start turning their suspicions against each other. The TARDIS picks up a distress signal and materialises on the ship to help investigate the matter.

Once the surprise of the unexpected companion passes this is a solid serial, especially for this weaker era for the Doctor. There’s a good mystery surrounding the scientists and what their discovery has been. There’s a good interplay between the different characters on the ship and the murders play out in a well-paced manner. Honor Blackman makes a welcome appearance as Professor Lasky, adding an extra bit of quality to proceedings.

With all the evidence in defence of the Doctor having been expended the Doctor has to rely on the argument that the matrix has somehow been manipulated to present false information. His salvation comes from an unexpected place: the Master. The Doctor’s long time foe is the only one to support the claim that the matrix could be hacked but reveals something more shocking about the prosecutor. The Valeyard is none other than the Doctor himself…an amalgamation of the Doctor’s darker side who appeared between his Twelfth and final incarnations. 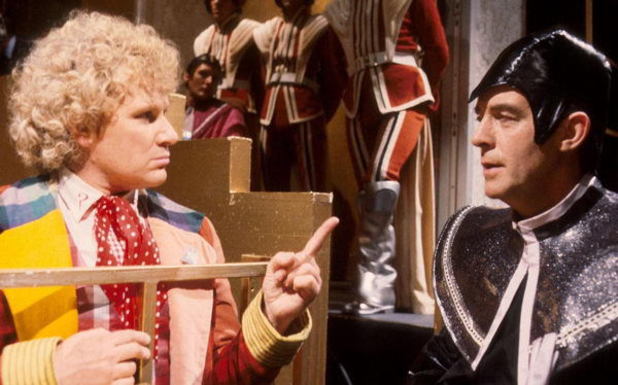 This is a short serial, comprising of only two episodes. The Valeyard is one of the most imaginative and interesting villains ever created for the Doctor to face, and although his appearance is brief but he’s become an overhanging threat in the series. The Valeyard and the Doctor face each other in the matrix, where the rules of logic do not apply. The Master continues to assist the Doctor as even he fears the Valeyard. 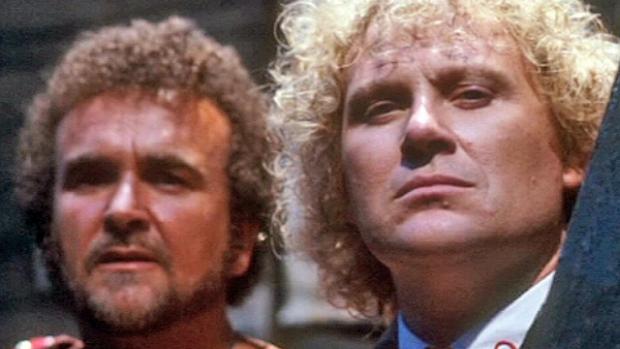 Throughout the serial things are imaginative and exciting, but the finale comes down to a rather predictable bait and switch. There is a cliffhanger at the end that implies that the Valeyard would continue to cause problems for the Time Lords, but he is yet to return (maybe the 50th anniversary?).