Ranking the Villains of the Marvel Cinematic Universe

The legendary Stan “The Man” Lee once spoke about how he had to put more effort into writing the villains than he did the heroes. The way Lee looked at it, the hero had to remain stalwart and noble, but the villain was the exciting character who sought top bring change and define the hero. With the Marvel Universe now a mainstay of the silver screen the villains; Stan Lee, Jack Kirby, John Romita, and others brought to life are now staples of pop culture. Since villains are such an important part of these films, here is the ranking of the top baddies of the Marvel Cinematic Universe.

12. Malekith the Accursed (Thor: The Dark World): When it was announced that gifted character actor, Christopher Eccelston would be playing the infamous Dark Elf fans were salivating. These same fans were more than disappointed when they discovered that the promises of a stellar performance were dashed when Malekith the Accursed was given a minuscule amount of screen time. The sadistic foe of the Odinson, was reduced to a tertiary character at best, in this tale of Thor’s forced romance and Loki stealing every scene he is in. The sting was even worse considering that running concurrently to the movie’s run, Jason Aaron and Ron Garney were delivering an absolute epic tale featuring this villain in the comics. We can only hope that Malekith is not gone for good, so the Christopher Eccelston can show to audiences what he can really do in the role. 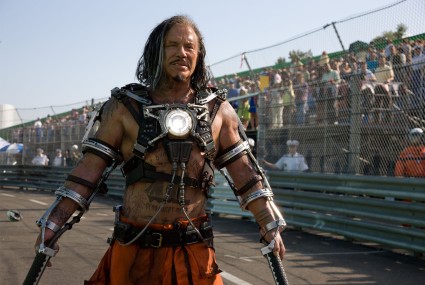 11. Whiplash (Iron Man 2): For the anticipated sequel, Iron Man 2, filmmakers took the classic villain Whiplash and added elements of the Crimson Dynamo, and brought in Mickey Rourke at the peak of his career. Sadly what was planned to be a complex character who could gain the sympathy of the audience, Whiplash ended up being a one note villain. Rourke has made no secret of his disappointment with this part, as he devoted so much effort into portraying a believable villain only to be made into a guy who built drones.

10. Aldrich Killian (Iron Man 3): When the trailers began to surface for the last film in the Iron Man trilogy, fans were captivated by the snippets of Sir Ben Kingsley as the Armored Avenger’s arch foe, the Mandarin. Sadly in a strange twist of the plot, we discovered that the true villain of the piece was a super powered scientist who has been nursing a grudge against Tony Stark for years. Guy Pearce may be an incredibly gifted actor, but Aldrich Killian continuously came off more smarmy than truly threatening. Because he was not the villain until the big climax of the film, Killian was not given the proper time needed to be portrayed as a dominant bad guy.

8. Iron Monger (Iron Man): The baddie who started it all for the House of Ideas. In 2008 when Iron Man introduced mass audiences to the universe which would dominate the box office for the foreseeable future, a memorable baddie was needed to ensure the audiences would embrace and root for Tony Stark. Jeff Bridges could have easily phoned in a role like this, but rather he gave it his all to do his part in the early stages of this mad cinematic experiment.

7. Nebula (Guardians of the Galaxy): As the Marvel Cinematic Universe expanded past this little blue planet, fans were introduced to a villain who could have been merely a sidekick, but proved perfectly of holding her own a ruthless warrior for the bad fight. Nebula, the daughter of Thanos, tended to play the strong silent type serving her father and Ronan with a fervent devotion. Not only was she dedicated to her cause, but she proved to be an incredibly skilled fighter who was nearly impossible to put down. 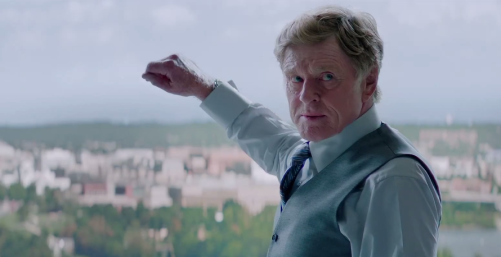 6. Alexander Pierce (Captain America: The Winter Solider): In the conspiracy-laden sequel to Captain America: The First Avenger, it was fitting that the antagonist was a threat laying in wait. As only one of the greatest actors of all time, Robert Redford could do, Pierce was an intelligent puppet master who could charm or terrify anyone in the room with him. In the film when Pierce’s true motives were revealed it was no doubt the most earth shattering twist in the second Phase of the Marvel films.

5. Red Skull (Captain America: The First Avengers): Many claim that Hugo Weaving’s take on the Red Skull was campy and over the top, but this portrayal fit perfectly with vintage, retro style of Joe Johnson’s super hero epic. With a terrifying visage and teeth that could chew on scenery for days, the leader of HYDRA was the perfect threat to combat the world’s first superhero, Captain America.

4. Ronan the Accuser (Guardians of the Galaxy): Star Lord, Gamora, and the rest were by no means, clean cut heroes; so in order for the audience to firmly be on their side they needed to confront a threat so evil that fans wanted to see the Guardians of the Galaxy triumph. Enter the genocidal madman with delusions of grandeur, Ronan the Accuser. His steadfast devotion to his cause is what makes this Kree warrior so terrifying; as he was willing to stop at nothing to bring about death and destruction on the grandest scale possible.

3. Ultron (The Avengers: Age of Ultron): Few villains in the history of cinema have been as perfectly cast as the cold and calculating James Spader as the cold and calculating Ultron.  In the previous film audiences saw the team of the Avengers, tested only to emerge stronger and more united. Enter a threat so evil that it could break their loyalty to each other, Ultron pushed Earth’s Mightiest Heroes to their breaking point forcing them to dig into strengths they did not even know they had in order to defeat him. 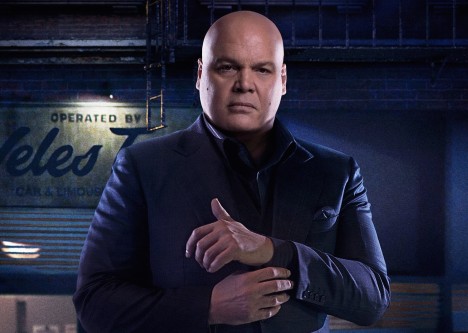 2. The Kingpin (Daredevil): Our number two villain on this list is one of the more recent foes to enter this universe. But in just thirteen episodes, Wilson Fisk made it known that he was a force to be reckoned with. Sure Marvel has given us onscreen villains who were strong and those who were intelligent; but the Kingpin was the perfect combination of both. Rather than being a standard black hat, the Kingpin truly believed in his heart of hearts that he was doing what was best for Hell’s Kitchen, creating a perfect dichotomy between he and the Man Without Fear. 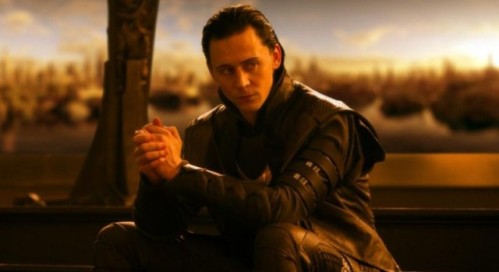 1. Loki (Thor, The Avengers): Who else would you expect to be ranked as the greatest villain of the MCU than the God of Mischief. In both Thor flicks as well as the Avengers, Loki has proven himself an incredible challenge for any do-gooder in the Marvel Universe. Whereas Marvel has often been faulted for presenting flat characters as the bad guys, Loki has grown and evolved throughout the course of his series of adventures. But one should never mistake his more noble tendencies as a turning of the corner, as the last Thor film proved, Loki is still up to his old tricks.

← Movie Review: Why ‘The DUFF’ Does Everything Wrong
Movies They Need to Stop Making Sequels To →

7 thoughts on “Ranking the Villains of the Marvel Cinematic Universe”