Any fan of cult cinema knows there are a plethora of film genres out there far away from the prying eyes of mainstream audiences. One such genre is the hixploitation, a type of film which plays up the stereotypical image of a backwoods hillbilly type (or hillwilliam if you feel the need to be formal). These gritty movies which tend to portray Southerners as crazed simpletons paraded out to those who already have this mental image of people of live in the more rural parts of our country. These films are for a special type of moviegoer, who appreciates bizarre tropes like; backwoods simpletons, cannibalism, moonshiners, creepy farmhouses, and depraved acts of violence.  Many have labelled these movies as offensive to those who live in the American South, but as someone who grew up on the Georgia-Alabama border and who currently resides in Memphis, Tennessee, I do not find them offensive at all, instead these flicks tend to be a lot of fun with their gritty and often times satirical nature.

The Texas Chainsaw Massacre: Tobe Hooper’s masterpiece changed the horror genre forever and taught an entire generation why picking up hitchhikers is a bad idea. A group of teenagers travelling down the dusty sun-soaked highways of Texas discover themselves the targets of a cannibalistic family and their chainsaw-wielding simpleton. When their van breaks down the teens find themselves resorting to potential aid from a desolate home in the middle of the Texas desert. One-by-one they are preyed on by Leatherface who is preparing his family’s meal for the evening. The bizarre and barbaric nature of Leatherface and his clan is played up by Hooper to create an atmosphere which audiences will find disorienting and unnerving. Not only are viewers scared of the chainsaw-toting maniac but they also fear this strange backwards world they have been dropped into.

Poor Pretty Eddie: Many laypeople who have had the opportunity to see this cult classic have labelled it the strangest movie they have ever seen. In fact upon its release one film critic wrote that he honestly felt nauseous after it was over. Despite its shocking nature, Poor Pretty Eddie was a mainstay of the grindhouse and drive-in circuits for a decade. At one point it was even retitled Black Vengeance and sold as a Blaxploitation flick. Financed by Michael Thevis, Atlanta Georgia’s “King of Pornography” while he was laundering money for the Mafia, the film is about famed singer Liz Weatherly trying to get away from it all on a much needed vacation. Unfortunately her car dies on the back roads of Georgia forcing her take lodging in a cabin owned by the only garage in town. This entire shady business is run by Shelly Winters as Bertha, in a role she probably did just for a quick paycheck. Bertha and her boy-toy, a sadistic wannabe Elvis impersonator Eddie make sure Liz’s time there is full of torment and violence. But they can only push the famed singer so far before she proves perfectly capable of exacting her bloody vengeance on her backwoods captor. 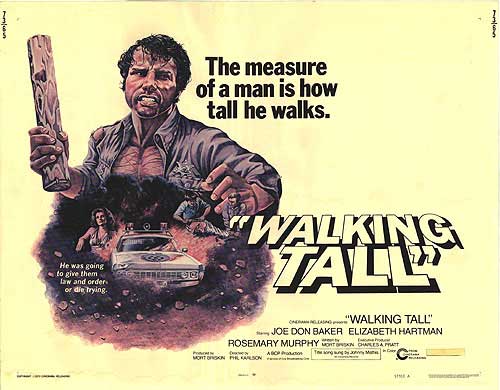 Walking Tall: I have written in a previous Retro Review, how Buford Pusser of Walking Tall is the Southern answer to Dirty Harry. Based on a true story of the no-nonsense lawman of McNairy County, Tennessee, Joe Don Baker plays a man who returns to his home and finds it overtaken by organized crime. In order to make a stand against the vices which have infiltrated his small town, Buford Pusser becomes sheriff and wielding his trusted wooden post sets out to take down crime no matter who stands in his way. Of course his stand against corruption comes at a cost as the criminal elements of his county come gunning for him. Of course being sheriff includes another challenge, having to follow law and order. Pusser’s first big arrest of taking down a gang of moonshiners who were poisoning their whiskey was thrown out by a judge due to his not bothering with things like; warrants, and due process, and not hitting people with a wooden beam. Walking Tall has spawned a number a sequels and reboots but none have had the grit and edginess of the original 1973 flick. 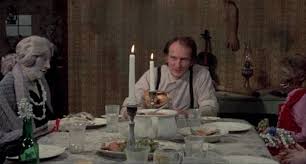 Deranged: I previously wrote about this film as one of the most underrated horror films of all-time and I still stand by this assertion. Based on the true life; serial killer, cannibal, grave-robber, and all around ghoul Ed Gein, the miniscule budget Deranged had definitely played in its favor. In the snow covered lands of rural Wisconsin something in the mind of Ezra Cobb snaps after the passing of his controlling mother. Just like the real Ed Gein, Cobb turns his desolate farm house into a house of horrors. It begins with the remains of those he digs up from the cemetery, but of course it is not long before Cobb turns to brutally murdering women to continue his grim hobbies. A sense of realism and authenticity truly gives this film a disturbing quality, which is aided by a “reporter” who covered these gruesome crimes who pops up to serve as a narrator. Many critics discount this film as a true hixploitation flick due to the fact it takes place rural Wisconsin instead of the American South, but many tropes of the genre are present of this film and are utilized masterfully. 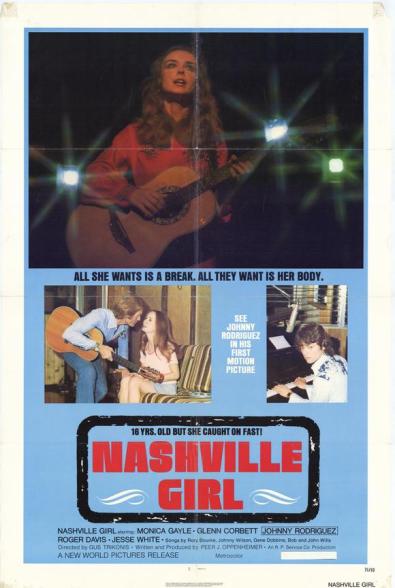 Nashville Girl: Country and bluegrass music are staples of the hixploitation genre, no more is that more on display than Nashville Girl. Monica Gayle plays Jamie, a teenage girl who leaves her backwoods home to find fame and fortune in Nashville as a country singer. She finds the road to fame is perilous as she deals with the sexual advances of those looking to take advantage of the wide-eyed girl. She finally catches a break when country legend Jeb Hubbard takes her on his tour and her star grows. Changing her name to Melody Mason she begins to find fame, but the success is short lived as Hubbard is none too crazy about his thunder being stolen. The ending is not a particularly happy one as she learns the path to fame and fortune is filled with pitfalls. The film found a second life years later when Coal Miner’s Daughter became a mainstream hit and Nashville Girl became the grindhouse circuit’s answer to that film. 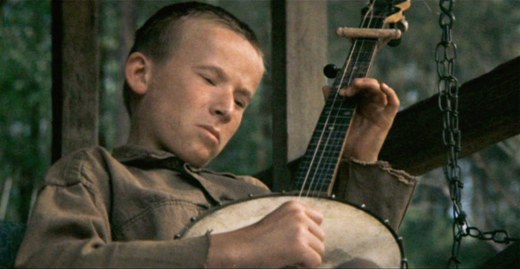 Deliverance: A perfect example of when a movie from a cult genre finds a mainstream audience is 1972’s Deliverance.With a banjo tune which even people who have never seen the film knows, this film was a blockbuster hit upon its release and received numerous Oscar nominations. These are accolades normally not associated with hixploitation flicks. A group of “city boys” from Atlanta take their pretentious attitudes to the wilderness in the north of Georgia. Their rafting trip turns into a nightmare when the locals capture them and prepare to make them squeal like piggies. The main characters escape but in doing so delve into moral depth they never thought they could go to.

Two Thousand Maniacs!: Throughout the American South you will find many who feel a reluctance to accept the ending to a war which ended over one hundred and fifty freakin years ago, a conflict which the South was on the wrong side of (just get over it already. Reconstruction not withstanding it was a good thing the South lost). But it is this misguided sense of Confederate pride which gore master Herschell Gordon Lewis plays on in his cult classic Two Thousand Maniacs! Six tourists from the north find themselves in the town of Pleasant Valley on the centennial of the towns destruction at the hands of the Union army. The 2000 citizens of Pleasant Valley decide to show some Southern hospitality by treating these northerners to a series of brutal deaths. People are torn to shreds by horses; rolled downhill in a barrel of nails; and being ripped apart and turned into BBQ are just a few of the over-the-top kills in this cult classic. When the survivors finally get assistance from the police, we get a great twist of an ending.

Motel Hell: Farmer Vincent is world famous for his smoked meats, just don’t ask what the main ingredient is. Credited for giving new life to the career of veteran character actor, Rory Calhoun (whom Simpsons fans will know because he stands on two feet) Motel Hell is the perfect blend of bizarre horror and campy comedy. When one of Farmer Vincent’s traps to get fresh meat nets him a young woman he takes a liking to her. We follow their relationship through the movie as it grows from a paternalistic form into something more romantic. All the while Farmer Vincent and his crazed sister are capturing people in the middle of the night to be made into his famous meat products. Naturally the rural community which Farmer Vincent calls home has its own cast of characters including; his brother in law enforcement oblivious to Vincent’s crimes and a grimy porn-loving minister played by the great Wolfman Jack. This film is often remembered for two things; the fact that Farmer Vincent keeps his victims buried in a garden until it’s time to harvest the meat. More importantly they remember the batshit crazy climax of dueling chainsaws with Farmer Vincent wearing a pig head.