The MCU Ranked: ‘The Punisher’

We’re doing two things different this time. We’re breaking continuity to check out the newly released entry, and we’re introducing a TV show to the list. I’d will be a bit more challenging to find it a place in the rankings.

Cameos: Ok, I didn’t catch any. Sound off in the comments if you got one.

Plot: The Punisher wastes no time in moping up the remaining targets from Daredevil before going back underground. When he’s contacted by the mysterious ‘Micro’, Castle teams up with a former NSA analyst to unravel a military conspiracy involving private military groups and missions Castle was deployed on.

Review: So…this is different. The Netflix shows (which we’ll get to in time) have always gone with the realistic, gritty, street level vigilantism in contrast to the colourful, high flying action of the Avengers. Even then The Punisher is surprisingly brutal. Scenes of torture and execution are commonplace, and some of the battles in the later episodes are difficult to watch. Unlike the battles between Iron Man and the like, these fights look seriously painful.

The Punisher has always been challenging to bring to the screen, this version being the the fourth attempt to do so. Adaptations in the past have tended to try to make Castle more sympathetic and heroic or embrace and carnage and wind up being silly. The Punisher on Netflix seems to have tapped into the character’s unique selling point. His back story is sympathetic and even understandable but the way he deals with his targets is so shocking and even animalistic it’s indefensible. They’ve cast Castle as an unrelating psychopath, fighting through injuries to deliver his justice based purely on rage. He biggest strength as a fighter is that he’s completely unafraid to die, throwing himself completely into battle with no fear of the consequences.

A glance at the headlines will tell you that this show has struck a chord due to the political aspects of the plot. The show focuses on ex-soldiers suffering from PTSD, getting no support from the government, and the role of private military contractors. Castle is a former marine, and it’s his actions in the field that tie him to the villains. More evocative of this theme, however, is Wilson. A young veteran who has not acclimatised to civilian life, unable to access mental health services and with ready access to firearms, Wilson represents a number of issues currently on the table in the USA.

A few commentators have noted that the widely discussed links to recent gun violence in the USA did not pan out, that he had nothing to say on the subject. I think there’s been some confusion – a scheduled convention screening was cancelled following more horrifying than usual mass public shooters as it was insensitive. Mass shooters don’t feature in this series. God knows the US puts enough of that on the news as it is.

Unusually The Punisher doesn’t feel like part of the Marvel Cinematic Universe. The rest of the Netflix series drops plenty of mentions of their big screen cousins and established a danger side to the world (just like the Marvels Knights imprint did in the comics). Rather than going a step darker The Punisher seems to step into our world with many plot threads drawing in the Middle East conflict, mental health issues and NSA surveillance. It feels a bit strange that in-universe events like the New York Invasion wasn’t swapped in. Aside from Karen playing a small role there’s very little to connect this story with the others.

Given the rush jobs we saw on other recent MCU shows it’s surprising how well thought out and polished The Punisher looks. The colour schemes of the previous adventures have been rejected in favour of a black and white design during the opening credits. As with the rest of the franchise it is a slick looking show. Lead Jon Bernthal has the chops to carry the series and Ben Barnes makes for a solid rival. Amber Rose Revah is a stand out as a member of an agent with the Department of Homeland Security, being one of the more conflicted and watchable characters in the show.

Another thing that marks this as different to the rest of the MCU is that I wouldn’t recommend this to everyone. It’s got some nasty and intense violence, particularly in the later episodes. There are scenes of torture and some fights that are incredibly painful to watch. It’s not going to be to everyone’s taste and sensibilities.

This is a 13 episode series and, like the more recent shows, it winds up feeling padded. It’s a slow burn second act and it could have been cut down a couple of episodes. On the other hand The Defenders was only eight episodes and it still felt padded.

Fans of The Punisher should be happy with this, it’s much closer to the comics than any of the previous adaptations. It draws heavily from the Garth Ennis run in the books. The writers and directors have gotten a good handle on the character, but he’s not going to be to everyone’s taste.

Most Notable Easter Egg: Again, there’s little here due to it seperate from the rest of the universe. There’s a couple of classic story titles in there, such a ‘Welcome Home, Frank’ and the Dogs of Hell biker gang turn up, but nothing especially sneaky.

Coolest Moment: After a number of episodes based around Frank and Micro bickering with each other the Punisher puts the skull back on his flack jacket. The show ramps up right there. 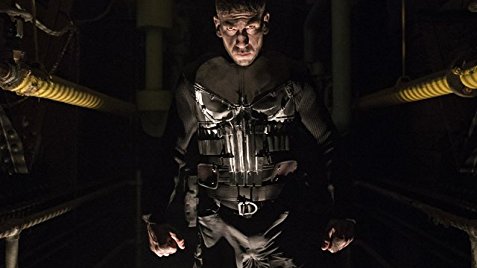 This was quite challenging to fit into the list (such as it is at this point) because it is so far removed from the rest of the world. It’ll be interesting to see how it winds up in the long run.

33 thoughts on “The MCU Ranked: ‘The Punisher’”