Comics are filled with teams of heroes who realized that sometimes they are stronger together in the face of great adversity. Groups like; the Justice League, Teen Titans, Fantastic, Four, and the Avengers have been revered by fans for years. On the flip side of things, they villains they face have often taken this page out of the playbook and formed their own villainous teams to commit crimes on a level they would never accomplish on their own. Though these teams often fall apart because at the end of the day bad guys have agendas and egos which clash with one another, they do have strong enough runs to push heroes to their limits. In honor of the bad things they do, here are the best supervillain teams in comics. 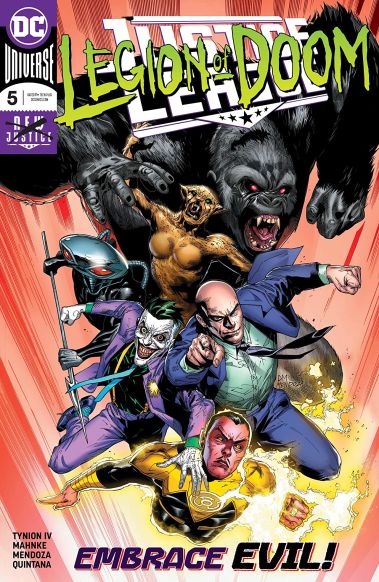 Legion of Doom: During the height of TV’s Superfriends a constant foe to the Justice League was a collective of their greatest foes. United by Lex Luthor and establishing a secret base in the swamps, the likes of; Bizarro, the Riddler, Cheetah, Sinestro, Braniac, Captain Cold and others plotted to accomplish grand schemes they could never pull off alone. Thanks to their notoriety from the series, many comic creators utilized this concept for various incarnations of a group dubbed the Injustice Gang/Injustice League. Though recently in taking over the Justice League series, writer Scott Snyder and artists like Jim Cheung brought the Legion of Doom properly into comic continuity. Looking to take advantage of the chaos which came with the breaking of the Source Wall, Luthor assembled a team of: the Joker, Sinestro, Cheetah, Black Manta, and Gorilla Grodd to battle the Justice League on multiple fronts. As an added bonus every 5 issues a guest writer takes over the series and tells the story from the POV of the Legion making for an interesting spin on the book.

Brotherhood of Mutants: Like many others before him, Magneto’s charismatic delivery of a message about mutant equality through militant force was bound to inspire others. The team of; Magneto, Quicksilver, Scarlet Witch, Toad, and Mastermind were among the very first foes the X-Men ever faced. After this particular team of baddies had run their course, the shape-shifting Mystique adopted the name for her own team of evil mutants. Mystique would be a mainstay on the team through a variety of incarnations. The Brotherhood has also been adapted into variety of other media, most notably the X-Men film franchise where Magneto and his followers have been the most prominent villains in the series.

Masters of Evil: To this day only one team of villains successfully defeated the Avengers in definitive fashion, and that is the Masters of Evil. Brought together by Captain America’s enemy Baron Zemo, the Masters of Evil took the fight right to Earth’s Mightist Heroes from the start. Supervillains like Black Knight and Radioactive Man were major players, but it was the Enchantress who truly made this team a major threat. In the classic story arc “Avengers Under Siege”, Zemo brought as many bad guys as he could under his Masters of Evil umbrella and together they defeated the team and took over Avenger’s Mansion. Many Masters of Evil alumni, including Zemo, were drafted into the first incarnation of the Thunderbolts.

The Cabal: During the era of Marvel known as “Dark Reign” the superhero community was forced underground and Norman Osborn rose to power, taking over SHIELD and making his own dark mirror version of the Avengers. A scheme this grand and perfectly executed could not have been orchestrated by Osborn alone, and in fact he had help from some of the Marvel Universe’s greatest villains and antiheroes. Doctor Doom, Loki, Emma Frost, the Hood, and Namor all claimed a seat at the Green Goblin’s table Of course a group of villains and antiheroes this powerful was bound to have tension as the members of the Cabal began to make their own plans. An alliance of Doctor Doom and Namor began to scheme behind Osborn’s back, while Loki had her own agenda namely to protect Asgard which was now hovering above the United States. Given the divisions among their ranks, they inevitably fell apart, during the crossover even Siege. Though the Cabal may not have lasted as long as some of the others on this list, the fact that they accomplished more than arguably any other team of Marvel villains says a lot about what they could have done if they were on the same page. 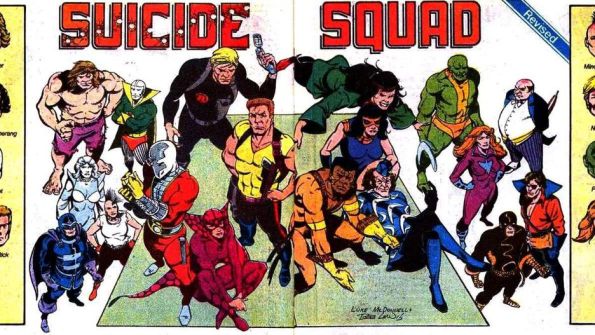 Suicide Squad: With so many supervillains with diverse skillsets clogging up the prisons in the DC Universe, Amanda Waller decided to put them to use as assets. Assembling the group Task Force X, Waller hand picks villains with the promise of lesser jail sentences in exchange for going on highly dangerous black-ops missions for the government. Not only does utilizing villains give the government plausible deniability, it also ensures their forces are easily expendable which has given Task Force X the nickname, the Suicide Squad. Writer John Ostrander and artist Javier Pina, put this concept together in the 80’s and bestowed the team with the name of an old war comic, and he always made sure that the readers knew that no matter what these characters did they were still bad guys. The nature of this team means they have had a lot of turnover over the years, but a few baddies have become particularly tied to the Squad like; Deadshot, Captain Boomerang, Bronze Tiger, the Enchantress, field leader Rick Flagg and in recent years Harley Quinn.

Secret Six: There have been collectives who called themselves the Secret Six before, but it was the team assembled by superstar writer Gail Simone that made a lasting impression on fans. Simone teamed DC mainstays; Bane, Cheshire, and Catman with newcomers Scandal Savage, Rag Doll, and a Parademon, though the Parademon was famously replaced with Deadshot. The team was formed during the Infinite Crisis, but it was after the Crisis when they really endeared themselves to readers. Gail Simone and artists like Dale Eaglesham and Nicola Scott earned rave reviews and a devoted readership with their ongoing series Secret Six. The crew took on a variety of missions where they often took on baddies even worse than they were in truly violent fashion.

The Sinister Six: Spider-Man arguably has the best rogues gallery of any Marvel superhero which makes it all the more interesting when they join forces. After suffering countless defeats at the hands of the friendly neighborhood Spider-Man, Doctor Octopus contacts other members of Spidey’s rogues gallery to form a team to take on the Webslinger. Electro, Kraven, Mysterio, Vulture, and Sandman heeded Doc Ock’s call for aid. Multiple other Spidey foes have been members of the Sinister Six over the past several years, and sometimes their membership expands beyond the standard half dozen. Last time they were seen, fan favorite Webhead, Miles Morales had to take on a new Sinister Six led by Bombshell.

The Rogues: One of the reason’s the Flash’s colorful collection of enemies has posed such a threat over the years is their tendency to team up with each other as, the Rogues. Often led by Captain Cold, this team usually featuring the likes of; the Trickster, Heat Wave, Gold Glider, Weather Wizard, and Mirror Master pool their abilities together to commit crimes on a grand scale in Central City. What makes the Rogues interesting is that unlike other supervillain groups they abide by a moral code, because at the end of the day they just want to steal things and not have any extra heat brought on them by hurting anyone if they do not have to. Perhaps their greatest crime to this day was the role they played in the murder of former Kid Flash, Bart Allen during his brief time as the Flash. This team of baddies has proved to be so popular that they have even made their presence known in the popular Flash TV series.

If you want more supervillain and superhero fun be sure to check out the book the American Superhero that a certain writer from this site (myself that is) contributed to.