Alien Movies That Came in Peace

It has become a cinematic trope by this point where beings from beyond our world show up and immediately begin a quest of violent conquest. But there is the old saying we always hope to hear from aliens when they inevitably arrive of “we come in peace”. While invading aliens vaporizing us makes for entertaining cinema, some filmmakers have actually posed what would happen when we meet visitors from beyond the stars who are actually pleasant. 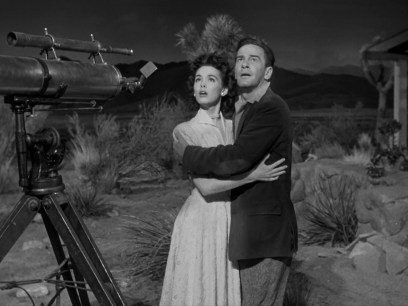 It Came from Outer Space: From fan favorite 50’s sci-fi director/actor duo, Jack Arnold and Richard Carlson, three humans discover that was supposed to be a crashed meteor is actually a downed alien craft. Not long after this, people from the small nearby town begin to disappear, but once they reappear they act strangely. Naturally an angry mob blames the alien newcomers, but the film’s hero believes in reasoning with them. The truth is uncovered than those who disappeared are unharmed, the strange alien creatures were simply using their likeness to gather materials to repair the ship. Deciding humanity was not yet ready to make first contact, they leave in peace with the hope to return in the future. 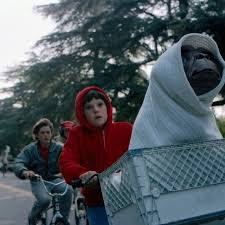 ET: The Extra-Terrestrial: Arguably the movie which best showcases the cinematic style of Steven Spielberg. Using Reeses Pieces as bait, young Elliot makes a new friend in the form of a gentle alien who was stranded after a mission to earth. While the being dubbed, ET, ingratiates himself with Elliot and his siblings, he is hunted by secretive government agents. The only hope for ET is for him to phone home and reunite with his people. ET has gone down in history not just for its  multiple iconic moments but for its heart as well. 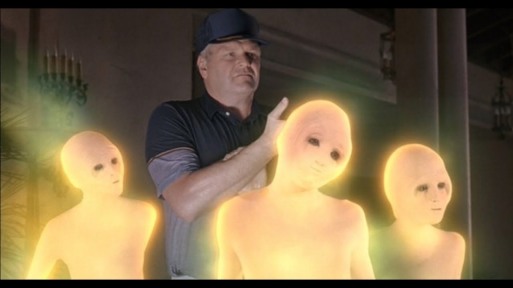 Cocoon: A film focused on three old men, who sneak out to use the pool next door to their retirement home. They realize that the time they spent in the waters leads to them feeling rejuvenated. It would seem this was no ordinary pool, but rather the waters was used by the aliens of Antarea. The cocoons of their people were being kept in the pool, powered by a life force. The elderly trio is allowed continued use of the waters as long as they keep the secret and do not mess with the cocoons. What follows is a heartfelt look at aging and the twilight years of life.

The Day the Earth Stood Still: Klaatu came in peace, but we as a race really pushed his commitment to this stance. Landing right in the middle of Washington DC, Klaatu and his robot Gort, met by a military who promptly shoots him. The alien escapes and finds his way to a boarding home where he meets Helen and her son Bobby. They show him the goodness in humanity that he had not yet been exposed to. All along, Klaatu seeks an audience with the leaders of the world to share his message. He ultimately challenges humanity both onscreen and in the audience to unite in peace, because if our warlike ways spread beyond our world he and Gort will not be so friendly. 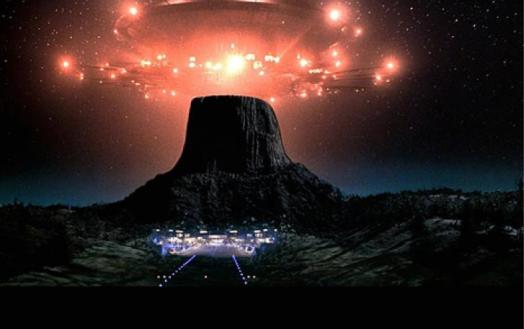 Close Encounters of the Third Kind: When Roy Neary is part of a group that witnesses a UFO his life is changed. The ordinary family man, delves into a world a flying saucers and mysteries from beyond our world. One of his fellow witnesses Jillian, finds herself seemingly terrorized by these beings from beyond our world who even abduct her son. Together, they venture to a government installation at Devil’s Tower where, in one of the coolest scenes in movie history, contact would be made with alien beings. To this day Close Encounters is regarded by many to be the best film of Steven Spielberg’s career.

Contact: From the mind of noted astronomer Carl Sagan, this Jodie Foster film took a grounded look at what first contact with aliens would look like. SETI scientist Dr. Ellie Arroway discovers a message from the Vega star system. The world changing potential of this draws eyes from all over the world, from governments to ordinary people onto Ellie’s work. In the midst of the chaos, her logical scientific mindset is challenged by the spiritually-minded Palmer. When the chance to meet the beings arises, Ellie has to fight a patriarchal system in order to be the first person to communicate with extraterrestrials.

Lilo and Stitch: On the tail end of the Disney Renaissance, was a film about a awkward little girl in Hawaii named Lilo who just wants to me a friend. That friend comes in the form of a mischief-making and nearly indestructible blue alien fugitive named Stitch. She adopts him as a pet and tries to teach him to be a model citizen (like Elvis) and he reluctantly goes along with it to avoid capture. Of course Stitch’s destructive ways cause trouble much to the chagrin of Lilo’s sister as she tries to hold her family together.

Arrival: Fan favorite director Dennis Villeneuve proved to movie audiences the world over how good he was with this film. Across the world 12 different alien pods ominously arrive. The military turns to linguistics expert Louise Banks in the hopes of finding a way to open communication with them. As part of a team assembled by Col. GT Weber, they encounter the hetapods aboard a ship they dub “Abbott and Costello”. Interactions with these beings suggest that we as a race may not be at all prepared to reach to those beyond the stars.

← The Disney Marathon: ‘Mulan’
Captain America: Wielders of the Shield →