Gone But Not Forgotten TV: United States of Tara

United States of Tara follows the life of Tara Gregson (Toni Collete) who lives in a Kansas suburb and suffers from multiple personality disorder. She plays housewife to her landscaping husband, Max (John Corbett). He is an everyman with a great sense of humor and a boatload of patience. She has two kids. Kate (Brie Larsen) is naïve and thinks she knows everything about the world, but this isn’t depicted as annoyingly pretentious but rather humorously cynical. Marshall (Keir Gilchrist) is very old-fashioned in style and appreciation of film and is also openly homosexual. These 3 characters are usually running around trying to clean up the mess when one of Tara’s “alters” takes over.

Tara and her alters talking it out

Commonly referred to as Multiple Personality Disorder, Dissociative Personality Disorder (DID) is defined as “the presence of two or more distinct identities or personality states…that recurrently take control of behavior” by the Diagnostic and Statistical Manual of Mental Disorders.  It is somewhat controversial though since most literature and prognoses come from North America. But United States of Tara is not meant to be an accurate portrayal of the disease. I believe it simply uses the disease to compartmentalize the character development of the Tara character by visually depicting Carl Jung’s archetypes.

The term archetype ise used to describe characters by their shared behavior. For example, the mentor is a very popular character in fiction, like Gandalf from Lord of the Rings and Obi-Won Kenobi in Star Wars. Jung saw archetypes as the keys to the explaining the human psyche, especially in the way that we perceive and experience the world.  Jung also allows for an infinite amount of archetypes. In his own words, “There are as many archetypes as there are typical situations in life.” Because of this, only a few of them have been explored, but no list truly exists. Jung also considered these keys to make up our subconscious allowing each of us to be a composite of these archetypes. Thus, each of Tara’s personalities are actually representing a piece of her subconscious mind made conscious. 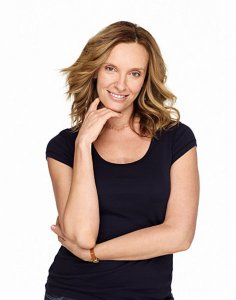 Tara represents the self, the personality that is striving for completion. When the show opens, her condition isn’t much of a problem because she was using drugs to regulate it. Unfortunately, these drugs didn’t just suppress her “alters,” they also suppressed her own personality.  She put faith in her family to help wrangle her alters because she gave up the drugs in order to be all there (or as all there as she could possibly be). The series, when not focusing on the negative affect her condition has on her family, is about Tara trying to cure herself.  She studies psychology and confronts the people from her past who may or may not have had a hand in causing her problem. In one scene, she confronts her alters in a white room where tshe comes up with a contract that would allow them scheduled use of the body as long as they help keep Tara’s life in order. Of course, this happens when she should be taking a test only to awake covered in ink and her teacher staring at her odd, but that’s United States of Tara. 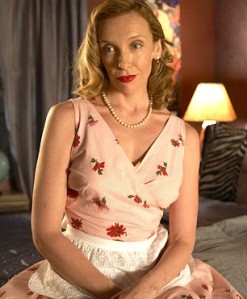 The Mother Archetype is basically the personification of maternal instincts, especially those of nurturing. The mother archetype usually becomes apparent based on our need for her. In fiction, this can be seen as the Fairy Godmother who visits Cinderella in her time of need. Tara grew up with a mother who was very judgmental and longed for a nurturing mother. What she got instead was a domineering parody of June Cleaver who believes herself to be the primary personality. Another important aspect of mother archetypes is her connection to creation, but creation is nothing without destruction. Both Tara’s real mom and maternal instinct throw a wrench in her gears more often than not. 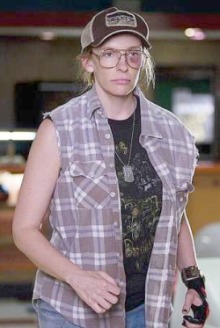 The father archetype is a figure of authority who works through fear. Buck is a gunslinging, booze swilling war vet who justifies his persona in Tara’s body by admitting his penis was shot off in Vietnam. He is incredibly aggressive. He often calls out Max and Marshall for not being as much as a man as he, especially Marshall who’s sexual orientation Buck does not approve of. He still obviously cares about the family and often stumbles on to nuggets of wisdom spoken in very plain, blue collar lingo. At the beginning of the third season, Buck is seen taking hold of Tara’s body and hunting down all the Bryce Crane’s in the phonebook. Bryce Crane was the boy who sexually abused Tara when she was a kid, thus resulting in her DID. Each time he finds a Bryce, he makes a mock representation of violence to satisfy some kind of catharsis. While Max is her perpetual shoulder to cry on and pretty good for emotional support, she still craves a man of action to be her white knight. 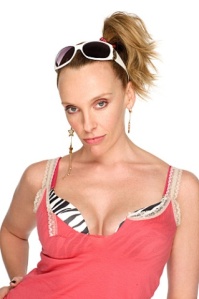 The trickster is exactly what it sounds like. It is an archetype motivated to be a catalyst who doesn’t care for society’s conventions. T is an over-sexed teenager. She tends to take advantage of being a “teen” in an adult body by buying cigarettes and alcohol and maxing out Tara’s credit cards, all of which she usually shares with Kate. Kate finds it funny to watch T act crazy. When the show begins, T is even more anxious than ever to get out of the house because at one point Tara allowed Max to have sex while one of the alters was in control of her body. T’s open-minded sexuality is what eventually leads to a rule against Max having sex with alters. It seems to me the T represents Tara’s regret that she missed out on real teen years so now T is being overwhelmed with a need to act out and make mistakes. 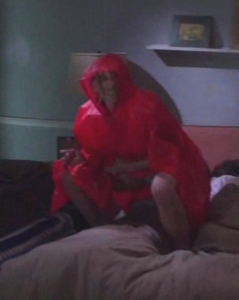 The beast is the representation of our animal instincts. In this case, Gimme is described as pure Id, one of Freud’s trinity of human psyche. The id works on the pleasure principal. It’s only function is to seek out pleasure and avoid pain. Gimme is like a rabid animal only talking in grunts. Tara’s body is usually doubled over practically walking on all fours. She only regresses to this state in severe stress letting go off all of society’s programming. In Gimme’s first appearance, she is seen squatting over Tara’s father who is sleeping on the pull out coach peeing on him. He had been waking up his entire visit blaming his old age for wetting the bed. Not the case. What was actually happening was the stress of Tara’s parents’ constant bickering and judgment allowed Gimme to defend Tara linking her parents’ actions to their (Tara and the alters) discomfort. 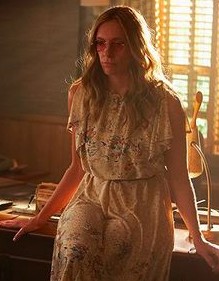 The sage is like the mentor I mentioned earlier in the article. I used Gandalf and Obi-Won as examples. The sage is the keeper of information who reveals this information to the self when necessary. At the beginning of season 2, Tara received a book written by a great psychologist, Shoshana Schoenbaum. Presumably after reading it, Tara had learned the information, but she created a new alter to distribute the knowledge when needed rather than being overwhelmed by it. The creation of this alter is what led me to believe this was about Tara’s character development. Although it is accepted the DID forms as a defense mechanism, the alters have always been seen as a burden, like a wire got crossed and Tara’s life would never be the same. Shoshana on the other hand seems to have been created as a way for Tara to think through and understand the information she had just read. This was possibly done for visual sake since this is a visual medium, but I think the justification stands. 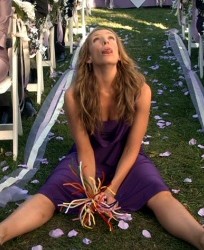 The child, or the inner child, represents our experiences and motivations we created as children and the sense of nostalgia we have for that period. Chicken was the nickname Tara was given by her younger sister. Later in the series, she started regressing to this archetype in situations where she would have previously transitioned to Gimme. This was when Tara started actively investigating the ins and outs of her condition. The transition to Chicken seemed to be more on purpose. Now whenever Tara got scared, nervous, or stressed, she would simply regress to a stage in her life where those kind of concerns did not exist. 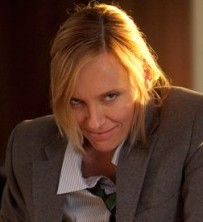 Bryce Crane is the name of Tara’s estranged half-brother. When they were younger, Bryce molested Tara leading to her condition. He actively scared his step mother (Tara’s real mother), but Tara’s father felt too guilty to throw him out. As Tara investigates her condition, her dark instinct manifests as a very outlandish version of a mustache twirling villain mashed up with a sadistic teenage boy representing the shadow archetype. The shadow represents the darkest corner of our psyche. This corner we usually try to suppress usually with the help of our other well-adjusted corners. In Tara’s situation, these corners are not working as a cohesive unit, so the alter of Bryce is able to take them out one on one and constantly come out the victor. He is eventually able to take full control of the body and does possibly irreparable damage to Tara’s homelife. Jung believes this to be a remnant of our animal past, but it is given new meaning by Tara when she gives it the face of her former oppressor.

Essentially, The United States of Tara, for all of its side plots, is actually a character piece of a woman who has her complex human psyche split into multiple characters. The series was unfortunately cancelled after 3 seasons, yet the season 3 finale still feels like a fairly conclusive ending. It had that perfect feeling of closure with the knowledge that life goes on, and if they really wanted to continue the series they could have. Like Jung said, there is as many archetypes as there are situations in life and the human psyche is a complex abstraction that is still begging for a level of understanding. Despite some Diablo Cody brand quirkiness, United States of Tara was a real interesting look at these facets of psychology, and Toni Collete was endlessly entertaining jumping from personality to personality.

2 thoughts on “Gone But Not Forgotten TV: United States of Tara”