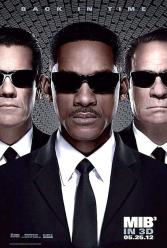 Story: Agent J and Agent K continue to maintain the veil of secrecy over alien activity. When an especially dangerous criminal called Boris the Animal escapes from the his lunar prison he sets in motion a plan to travel back through time to kill K before he has to chance to main and arrest him. When Agent K disappears from existence Agent J travels back in time to set things right.

Review: The second sequel that nobody asked for. The original Men in Black captured lightning in a bottle, marrying the perfect dynamic between the leads with a goofball humour and a dash of science fiction action. The second film fumbled it’s attempt to make a carbon copy of the original and it’s best forgotten. A decade after that epic misfire the original team get back together for another, slightly aged swing at the franchise. The way the franchise was set up as being a look into a wider secret world in the original means that there’s plenty of room to expand the idea for sequels and a good writer good have a lot of fun with it. While Men in Black Cubed manages to avoid being a complete let-down it does remain flat out boring.

Things get off on the wrong foot with the unchanged dynamic between Smith and Jones. Although we noted above that this dynamic is one of the great selling points of the first film and taking it away would be like taking Batman out of comics. Will Smith plays the fast talking, big attitude newbie who is astounded at the alien behaviour he is learning about while Tommy Lee Jones is the stony, super cool terrier who’s been playing the game for far to long. The problem on this third outing is that Agent J has been with the organisation for fifteen years and he STILL acts as though he’s the rookie. You’d think by this stage all the crazy things happening around the headquarters would stop surprising him after all this time, and although he does have a better sense of what is going on it feels more like he’s been at the job for a month than half of this reviewer’s life ago. 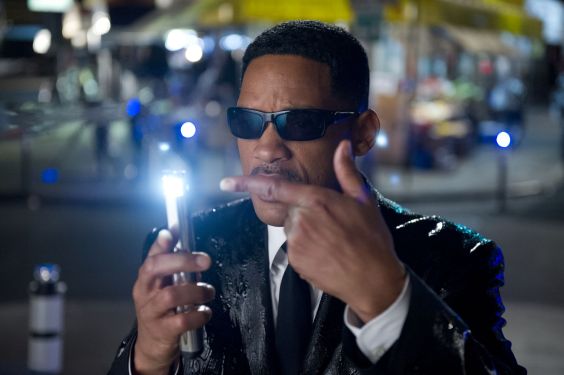 Maybe he tried to take a selfy with the Neuralyzer…

Everything else is pretty much by the numbers. Jemaine Clement is a fine casting choice for the role of Boris the Animal, managing to blend the menacing with the goofy and the special effects enhance the character rather than distract from it. Emma Thompson and Alice Eve are both decent in the role of Agent O but neither of them have been given enough material to make them interesting. The real star is Josh Brolin playing the younger version of Agent K in the 1960s. He does an impeccable job of impersonating a younger Tommy Lee Jones – every mannerism, every verbal tic is perfectly captured. It’s almost worth watching just for this performance.

The time jump narrative mechanic provides little more than setting up a fairly routine story. Jumping through time itself is a pretty neat effect, even though it contains an extremely tasteless joke about suicide, but after J lands in the past nothing interesting happens. There are some gags at the expense of the decade but nothing that will keep you chuckling more than a few seconds. The plot follows J and K from one encounter to another before they finally duke it out with Boris in a situation that is telegraphed more than an hour in advance. The small twist is a nice one and produces a heartfelt moment but it’s too little too late.

If you enjoyed the original film then the nostalgic factor may draw you back and it makes for a mediocre but not completely disappointing experience.