Well friends the 91st Academy Awards ceremony is nearly upon us! This Oscar season has certainly had its share of craziness: Kevin Hart getting hired to host then dropping out after homophobic tweets resurfaced, the Best Popular Film category going over like a fart in an elevator, the decision and then rollback to not award all twenty-four categories live, and the controversy surrounding Bohemian Rhapsody and Green Book. Well hostless or not, the golden statues are going to be handed out regardless come Sunday evening. With that in mind here are my Oscar predictions for the Major Six categories: Best Supporting Actress, Best Supporting Actor, Best Actress, Best Actor, Best Director, and Best Picture. 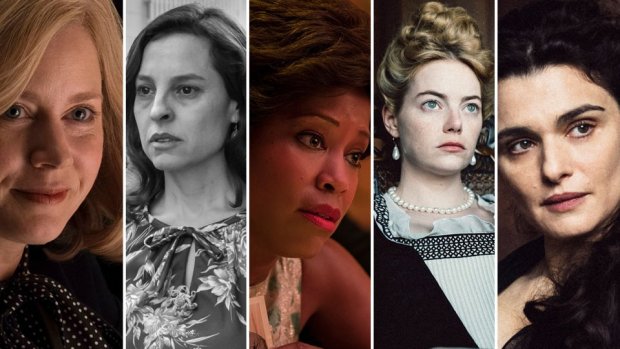 Regina King for If Beale Street Could Talk

Emma Stone for The Favourite

Rachel Weisz for The Favourite

Who I’d Like To See Win: Full disclosure: I unfortunately have seen only one of these performances (de Tavira in Roma) so I really don’t have a dog in this fight. If I was going by personal preference I would like to see Amy Adams win as she’s constantly the bridesmaid but never the bride. (Seriously can we retroactively give her the Oscar she deserved for Arrival already?)

Who Will Win: Regina King. Despite not even being nominated for a BAFTA or a SAG, King by all accounts has this one locked up. She’s the odds on favorite to win and I don’t see anyone else taking this sucker home. And as a huge fan of Jerry Maguire, it will be gratifying to see both Tidwells win Oscars. No news yet on if she’ll say that she “LOVES EVERYBODY!!!” like Cuba Gooding Jr. did though. 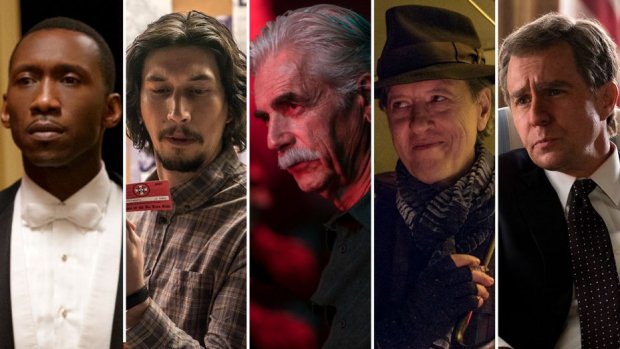 Sam Elliott for A Star Is Born

Richard E. Grant for Can You Ever Forgive Me?

Who I’d Like To See Win: Sam Elliott. As much as I’d love to see Driver win for his phenomenal performance in Spike Lee’s BlacKkKlansman, I can’t help but root for Sam Elliott here. The guy has been a character actor staple for decades in everything from Gettysburg to Tombstone to Thank You for Smoking. Would be awesome if he walked away with the trophy.

Who Will Win: Mahershala Ali. You can take this one to the bank. He’s spectacular in Green Book as Doctor Paul Shirley. It’s an even better performance than his Oscar winning turn in Moonlight. Ali’s already won the BAFTA, Golden Globe, and the SAG and he’s about to add a fourth trophy for his role in Green Book. Richard E. Grant has a slight outside chance here, but at the end of the day everyone’s darling to replace Wesley Snipes as Blade will walk away a winner.

Glenn Close for The Wife

Olivia Coleman for The Favourite

Lady Gaga for A Star Is Born

Melissa McCarthy for Can You Ever Forgive Me?

Who I’d Like To See Win: Lady Gaga. With respect to the other ladies in this category, I’d really love to see Lady Gaga win the gold here. Not only does she provide a powerhouse performance in A Star Is Born, it also proved that she can legit act. I’m eager to see what she does next in the acting world even though it’s unlikely she’ll take home the coveted statue.

Who Will Win: Glenn Close. Like it or not there’s something to be said for the Academy giving out essentially lifetime achievement awards. You can make the case that that was the circumstance for Paul Newman, Al Pacino, and Martin Scorsese. Two months ago it was a foregone conclusion that Gaga was going to win the Oscar, but ever sense then Glenn Close has been gaining steam. This is Close’s seventh Academy award nomination and I highly doubt the Academy will pass her over again. 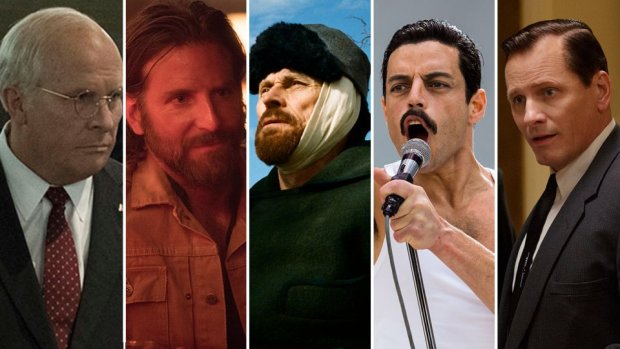 Bradley Cooper for A Star Is Born

Willem Dafoe for At Eternity’s Gate

Who I’d Like To See Win: Bradley Cooper. I’m sorry but I don’t think anyone gave a more nuanced performance than Bradley Cooper. His Jackson Maine was phenomenal and it didn’t hurt that he played guitar and sung all his own songs too. Cooper is a talent to be reckoned with and although he probably won’t win this year, it’s bound to happen at some point down the line.

Who Will Win: Rami Malek. Like Ali, Malek has already taken home the BAFTA, Golden Globe, and SAG awards. I find it borderline impossible for Malek to not win here, in spite of the Bohemian Rhapsody controversy. Bale has an outside shot here but let’s be honest, he played one of the most deplorable politicians in recent memory. I doubt that the Academy who’s notoriously liberal and left leaning would hand the award to Bale. Look for Mr. Robot to obtain Mr. Oscar come Sunday night. 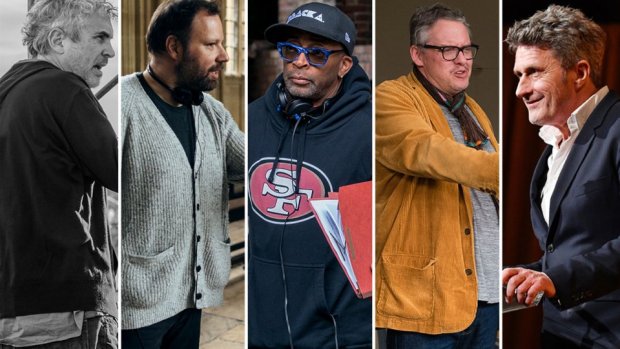 Yorgos Lanthimos for The Favourite

Who I’d Like To See Win: Bradley Cooper. Yes I know he’s not nominated in this category but he absolutely should have been. Cooper showed a deft touch and a keen eye in his directorial debut. I honestly can’t wait to see what he does for an encore. However, since Cooper isn’t nominated I’d have to say the guy I’d like to see win is Spike Lee. The man has been a foundation of Hollywood for decades and BlacKkKlansman may be his masterpiece.

Who Will Win: Alfonso Cuaron. I didn’t particularly care for Roma but I definitely recognize it as an important and significant film. The film is truly Cuaron’s vision through and through and a testament to what total creative control can sometimes produce. It’s possible Cuaron will pick up three statues come Sunday night as there’s a high likelihood he wins for Cinematography and Best Picture as well. However, Best Director is all but guaranteed.

A Star Is Born

Who I’d Like To See Win: Black Panther. I honestly loved this movie and I don’t understand the people saying this film is overrated. Aside from some dodgy CGI at times, the action, story, direction, and performances are top-notch. And it would be awesome to have a CBM win Best Picture if for no other reason than to watch Twitter implode.

Who Will Win: Roma. I make this claim without 100% confidence however. Like it or not there’s still that Netflix movie bias out there and it’s possible that could hurt Roma‘s chances. Green Book also has the advantage of being a crowd-pleasing and uplifting film. It’s certainly the biggest challenger to Roma and while the smart money is still on the foreign film, I wouldn’t be surprised if Green Book takes the night’s big prize.

For those of you who follow me on Twitter, I will be live-Tweeting the Oscars Sunday night. Check me out on Twitter at @DarthGandalf1. See you then! 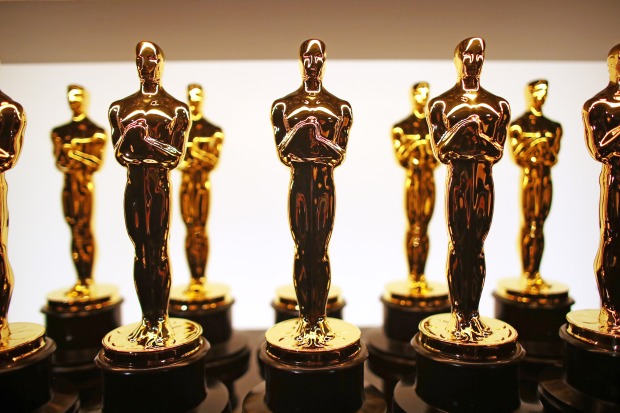 ← TV Review: ‘True Detective’ Season 3 Episode 7: ‘The Final Country’
How to Make Me Care About the Oscars →