It seems as though in the acting profession few people truly ever quit. Usually as actors and actresses grow older they just appear in fewer and fewer movies until they pass away. But sometimes the busy lifestyle of the industry wears down on people, or they find something they would rather do with their time and they actually break free and retire from acting. Even some of the biggest stars in movie history have found the need to walk away and give their notice to Hollywood.

Gene Hackman: Playing the surly Popeye Doyle in arguably the greatest cop movie of all time the French Connection, earned Hackman an Academy Award and cemented his status as one of the best actors around. Over the years his talent earned him praise and accolades galore in a career which stretched across decades. Gene Hackman could always be counted on to steal the show with his iconic performances in movies like; Superman, Unforgiven, Poseidon Adventure and the Firm. By the time the 2000’s rolled around Hackman was growing weary of Hollywood life. He infamously only took the role of an aging patriarch in the Royal Tenenbaums so he could be as insulting and nasty as possible to everyone else on the set. Hackman did a couple more projects after this before leaving the movie business behind. Currently he has found success as an author having penned a number of historical fiction novels and shows no desire to return to acting.

Greta Garbo: From the silent era of the 1920’s through the pre-code films 1930’s Greta Garbo had an enigmatic screen presence which made her one of the most fascinating movie stars ever. Acting in her native Sweden, Garbo caught the attention of MGM’s Louis B. Mayer who brought her to the United States. With her film Flesh and the Devil, the actress had become an undoubted movie star who could bring audiences in droves. So muchso that the movie Anna Christie was promoted on the idea that Greta Garbo would finally speak on film. Though the silent films which brought her to everyone’s attention faded away, the Swedish born performer was one of the few to make the successful transition to talkies. Performances in classics like; Mata Hari and Ninotchka brought her no shortage of adoration and acclaim. Though in 1940 when her film Two-Faced Woman did not live up to expectation at the box office, Garbo began to divorce herself from the industry until she left it altogether. Despite being offered the lead role in Billy Wilder’s noir masterpiece Sunset Boulevard, Garbo remained in retirement. During this period offers still came in for the actress and all were either rejected or accepted only for her to dropout shortly before production. 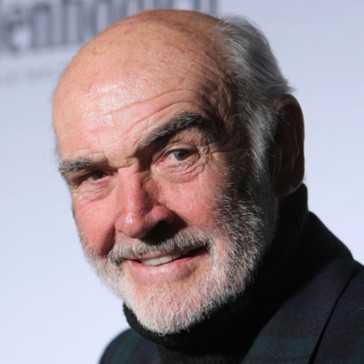 Sean Connery: The charming charismatic leading man who defined the iconic role of James Bond, and turned in acclaimed performances in classic like; Marnie, Highlander, and the Untouchables. This thespian proved he could disappear into any character….provided said character was a womanizing Scotsman. In the twilight of his career Connery famously turned down offers to play both Morpheus in the Matrix and Gandalf in Lord of the Rings. Both times he also saw as those same characters become massive fan favorites bringing big pay days he missed out on. Feeling the need to recover ground in a genre movie, Sean Connery took the role of Allan Quatermain in the bastardized adaptation of the comic League of Extraordinary Gentlemen. The movie bombed with critics and audience alike and the actor made no secret of how little he enjoyed working on the picture. After Sean Connery bemoaned the “idiots” who seemed to now be running the movie industry and left it all behind. Aside from voiceover work on the animated Sir Billi the Vet and a 007 video game, Connery has not appeared onscreen. In an interview in 2007 he claimed he was having too much fun in retirement to return to acting. 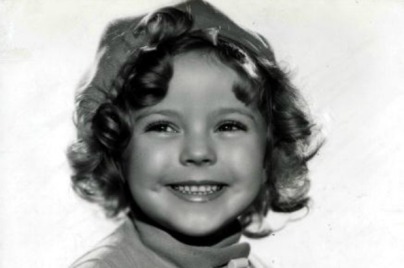 Shirley Temple: One of Hollywood’s greatest child stars, Temple’s combination of talent and charm won over audiences in mass. Noticed dancing in a theater lobby by a higher-up at Fox, took Shirley Temple from bit parts and educational films and threw her into the spotlight. With the moral code of the Hayes Office taking full effect in Hollywood, her movies like Little Miss Marker, Bright Eyes, and Heidi could always be counted on for good wholesome entertainment for Depression-era moviegoers. With the studio crafting the young girl into a brand, her parents had the shrewd business sense to legally ensure their daughter would get her cut of financial rewards. Despite attempts to keep her career growing as she got older Shirley Temple’s star waned. When she signed with MGM the studio would team her with fellow young stars, Judy Garland and Mickey Rooney, but eventually the actress realized that she had reached the end and retired in 1950, but her life would go on to become even more interesting. As she got older Shirley Temple began to delve into the political realm. Surprising a number of high ranking White House officials with her knowledge of international issues, she was named a Unite Nations delegate and later Ambassador to Ghana. Her value on this front was also noticed by George HW Bush when he took office as he appointed her Ambassador to Czechoslovakia where she helped the new democratic government establish itself after the fall of Communism. The former child star would spend the rest of her life active on different fronts of; business, politics, and charity before passing away in 2014.