When it comes to the field of cryptozoology the fact the researchers are looking at animals who may or may not exist it opens the field for those not that interested in the actual science to sneak in. Whether for laughs or profits they have found a way to create convincing hoaxes which calls into question the entire field. Here are some of the more infamous cryptozoological hoaxes.

De Loy’s Ape: While surveying in the jungles of South America for petroleum deposits, Swiss geologist Francois de Loys claimed he saw a pair of large bipedal apes with reddish fur. When the creatures attacked him, the explorer shot and killed one of them, and naturally discovering a new species of ape in this region meant he had to take photographic evidence along with it’s pelt and skull. Having barely survived his expedition, Francois de Loy returned to Europe but only a single photograph of his mystery ape made the trip back with him. In 1929 an anthropologist came across the image while researching de Loy’s notes and made knowledge of the story and the picture public. With the photo grabbing the attention of the scientific world, of course scrutiny came with it. Experts pointed out issue with the framing and cropping, while the stump it sits on is a tree not even native to that region. Most importantly the similarity between the cryptid and the common spider monkey was noted. These suspicions plagued the only known photograph of the Ameranthropoides loysi until the hammer came down in 1999. A letter one of Francois de Loys’ travel companions wrote in the 1960’s revealed that the creature was merely a spider monkey, the geologist took a liking to and when it died he crafted this photo op for a laugh. While some cryptozoologists believe De Loy’s Ape to be legitimate, most have accepted it was a hoax.

Surgeon’s Photo: Since the 1930’s tales of a sea serpent in the bleak waters of Loch Ness have fascinated the world. In 1934, Dr. Robert Kenneth Wilson revealed clear photographic evidence of the Loch Ness monster. For the next six decades the image which would become known as the “Surgeon’s photo” was the subject of much debate. Some scientists tried to dismiss it as an otter or eel, but believers were quick to point out that this creature in fact did not look a thing like an eel or otter. All along the framing of the picture was something people wandered about, as Dr. Wilson seemed to have the camera perfectly zoomed in on Nessie and nothing else surrounding it could be seen. In 1993, the Discovery Channel found a way to zoom the photo out and found the ripples around the monster were caused by an object which seemed to be towing it. This proved to be convincing evidence the image was a hoax. When others were able to duplicate the photo perfectly using a model it sealed the deal on the falsehood of one of the most iconic images in cryptozoology. 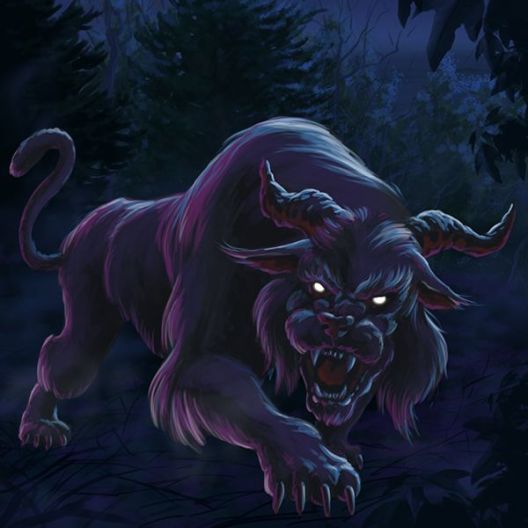 Ozark Howler: The legendary creature known as the Ozark Howler sounds indeed like a fearsome creature. A massive shaggy-haired monster with glowing eyes and sharp claws who emits a terrible howl. And it is an entirely fabricated cryptid. In the late 90’s cryptozoologist Loren Coleman came across tales online of this beast. In his several decades of research in this field, Coleman had never come across any mention of the Ozark Howler and began to dig deeper into the matter. What he found was years of elaborate sightings and tales from those who had supposedly encountered the fearsome monster. After checking with a number of his colleagues, he discovered they too were oblivious to such a creature meaning something odd was going on. Digging deeper the scientist found that the Howler Research Group led by Itzakh Joach of Buffalo River University. Not only was Joach not a real person, but the university itself does not even exist. The entire case of the Ozark Howler had been a hoax perpetrated by people looking to create a new paranormal sensation. 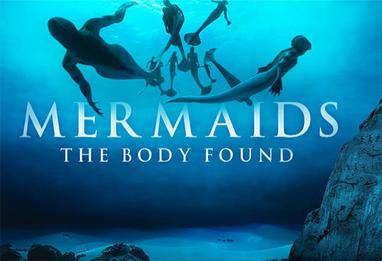 Mermaids: The Body Found & Megalodon: The Monster Shark Lives mockumentaries: For decades the Discovery Channel has proudly presented it’s viewers with television which was both entertaining and educational. Though in 2013 they released two TV specials which would deal a massive blow to their credibility. On their subsidiary network Animal Planet they released a mockumentary of all things which posed the question that mermaids were real and that the government was covering up. Later during their popular Shark Week they did the same thing only this time with the idea that the Megalodon did not in fact go extinct millions of years ago and was in fact still swimming in our seas. In both cases they fabricated fake video and photographic evidence and featured actors and actual scientists who were duped to feature as talking heads. They issued the briefest of disclaimers which was missed by several of the viewers. Given that this was in fact the Discovery Channel, what reason would they have to create a fake documentary?

The Cottingly Fairies: In 1917, the village of Cottingly England became the epicenter for strangeness thanks to a 9 year old girl named Frances Griffith and her teenage cousin Elsie Wright whom she lived with while her father was fighting in the First World War. Considering the two girls were fond of playing in a nearby stream, they would inevitably return home muddy and soaking wet, much to the dismay of their mothers. When confronted about their visits to this location, the duo claimed they had to play by the stream because that is where the fairies were. Though her parents scoffed, Elsie begged to be allowed to use her father’s photography equipment and she would prove it. Humoring his daughter, Mr. Wright agreed and the next day the girls took the film into the dark room at home and developed a photograph of Frances surrounded by a dancing troupe of fairies. This was only the first of many photos the girls would reveal of them with these fantastical creatures. Polly Wright, the girl’s spiritualist mother, believed them wholeheartedly and took the pictures to famed Theosophical leader Edward Gardner who proclaimed them legitimate. His beliefs were echoed with great legitimacy by the creator of Sherlock Holmes himself Sir Arthur Conan Doyle and the Cottingly Fairies became a sensation. As time went on the buzz about their fairies faded away, until the 1960’s when a journalist interviewed Elsie Wright, who now said the fairies originated in the imaginations of her and her cousin, but somehow they were able to project them into reality. This interview gave new life to the Cottingly Fairies and brought them to the attention of famed magician and skeptic “the Amazing” James Randi. Through research, the magician noticed that these “fairies” bore an uncanny resemblance to those illustrated in the children’s book Princess Mary’s Gift Book. Shortly thereafter both Elsie and Frances would admit that the whole thing began as a joke which got blown out of proportion. Once they had fooled a distinguished intellectual like Doyle, the two girls realized they were in too deep and feared embarrassing someone of such esteem.

The Georgia Bigfoot: In 2008, headlines world over shocked people with the news that someone in Clayton County, Georgia had gotten ahold of the remains of a Bigfoot. Matt Whitton and Rick Dyer claimed that during a trek through the forest they came across the dead body of the legendary Sasquatch. Over the course of a day, the two men carried the carcass back to civilization where they put it in a cooler while they figured out their next step. Within days they had made a Youtube video and reached out to the “Sasquatch Detective” Steve Kulls. Kulls brought with him self-proclaimed cryptozoologist and known charlatan Tom Biscardi to help proclaim the news of this discovery which they would release on the first of September. According to Biscardi they had sent the creature’s DNA to a Dr. Curt Nelson for analysis who claimed it was a hybrid of human and ape genetics. And for a mere $11 million Biscardi would release video of his dissecting the body of the discovered cryptid. Of course the involvement of Tom Biscardi in the matter threw up multiple red flags. When they released a photo of the supposed creature in the freezer, cryptozoologists picked it apart mercilessly. Loren Coleman and participants on his forum even narrowed down which brand of Bigfoot costume they likely used. On “Bigfoot Friday” when Whitton, Dyer, and Biscardi held a press conference to reveal the creature the disgruntled press tore their hoax to shreds. Kulls, who had been pushed out of the operation early on, finally had a chance to examine it closer and relished in exposing the others as frauds.