Continuing on with the Second Season, we have another missing story, The Crusades, that takes place between The Web Planet and The Space Museum. The only impact this has on the story except that the time travelers are wearing 13th century clothes at the beginning on an episode with explanation.

In my previous set of reviews I noted that the new season saw a marked improvement in the production values and special effects used in the series. Sets were grander, the aliens more realistic and creative and everything just looked a little more solid. It was like Season 1 was a test run using whatever they cobbled together from the disused sets left in the alley. Season 2 had an army of Dalek’s invade major locations around London. And then we have…The Web Planet.

Two steps forward and a big clumsy fall backwards. Whilst creative the unusual landscape doesn’t look anything but cheap. Not long after arriving they Doctor and company begin to encounter various races all based on different insects. First there’s the ants that look strangely like a giant rubber ant body with two human legs sticking out. As laughable as these things are they look like denizens of Pandora next to the Moth People. They look a little better than the ants, but the pantomime performances are distracting. High pitches voices with put-on buzzing sounds combined with limb wrist gestures makes them downright impossible to take seriously. 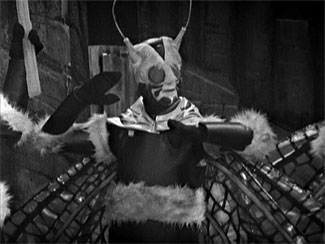 Imagine it’s moving and talking like CEPO. Yeah. That bad.

The story seems to be pretty standard – Doctor and companions get separated and have to help solve some planetary conflict to get back to the TARDIS. I’ll be honest though, it was really hard to pay it much attention when I has laughing at the ant and moth people. Moving right along…

Having left the silliness of the Web Planet and getting into some no doubt thrilling adventures during the Crusades the team arrive back in the future and find themselves outside The (you guessed it) Space Museum. This story is already a massive step up from previous DVD and one of the first episodes to really examine the concept and consequences of traveling through time and space.

At the beginning of the story The Doctor, Ian, Barbara and Vicki find that odd things are happening. Random costume changes, breaking cups repairing themselves – the usual. Most strangely they soon find that people don’t notice them…because, as they deduce, they’ve landed themselves in in time out of sync with space, running a few minutes before everything else. This leads to a great set-up when they find themselves and TARDIS frozen and on display in the museum. 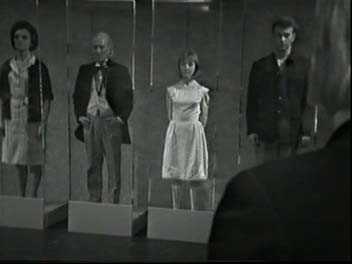 The danger begins as soon as time and space re-align themselves a few seconds later. They know that the events leading to them being trapped in the museum have already been set in motion and they’re not even sure if their fate can be avoided. Clever and entertaining the episodes play out pretty well with the central conflict being between original colonists and the revolutionary slaves. Standard fare for this era of Doctor Who but the setting and concept of fate (however lightly touched out) puts it a step above the usual. Extra points for the Doctor’s hiding spot.

Welp, those wacky Daleks are back! When the Doctor and his hangers on land on a planet with two suns they seem pretty happy to chill. It’s actually kinda cool seeing the characters relaxing instead of going through their usual motions, as these were the days when character development was more of an after thought. We get the inevitable separation of the characters and local problems to unravel but this is only the set up to the larger plot.

The Daleks have built their own time machine and when our heroes jump into the TARDIS and run like fun the Daleks give chase. The TARDIS lands in one place after another while the Daleks slowly catch up giving us a range of cool settings and circumstances before the final showdown. Like Keys of Marianus the strength of this story comes from the varied settings. We get an amusing encounter with a slack-jawed yokel in the Empire State Building and an explanation of what happened on board the Mary Celeste. We even get an especially odd moment when they arrive in a haunted mansion complete with Dracula and Frankenstein’s Monster in residence. Finally they land on a planet populated by giant fungus and seemingly abandoned robots. 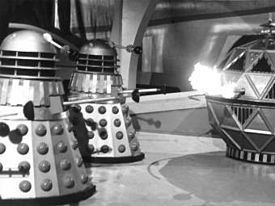 Amazingly they are less maneuverable than the Daleks.

At this point we get introduced to Steven Taylor, a human colonist who has been held as an isolated prisoner by the robots who were set to terraform the planet while waiting for the other colonists who never made it. He only gets a brief introduction before the Daleks launch an attack on the robots, leading the Doctor and humans to make their escape. The story is one of the best thus far and the multiple settings keep things interesting and engaging through out. This ultimately becomes the final adventure for Ian and Barbara before they return to their own time and it’s a descent send off. If you’re only looking to sample the adventures of the First Doctor this should be at the top of your list. If anything else, it doesn’t feature the Beatles. And the Beatles are awesome. 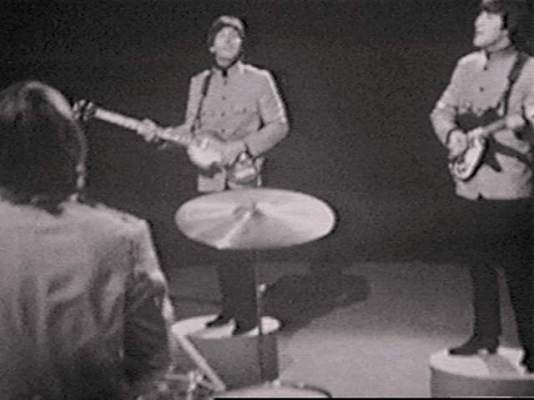 ← Oscar-Worthy but Ignored Part 1: Comedy
The Sick, The Strange and the Awful Reviews – Shaolin Drunkard →