Plot: The story, pieced together from home video and security footage, tracks the lives of three high school students and their discovery of an unusual artifact that bestows upon them amazing telekinetic abilities.

Review: Although they’re becoming substantially more common in both theatres and on DVD shelves, one would be mistaken to think of “found footage” movies as being a new sub-genre. Instead they act as a motif that can be applied to an existing genre of film, usually horror. Although examples date back to Cannibal Holocaust the concept came to the fore with The Blair Witch Project, a movie best remembered for being well marketed. A decade later we get Paranormal Activity and Cloverfield and the whole idea of a ‘found footage’ movie has taken off like never before. With the exception of Cloverfield it’s been a pet of the horror genre and no-one’s been keen to stretch the idea further. Chronicle breaks the mold by applying the concept to the superhero ‘sub-genre’ with surprising good results.

Unlike the horror found footage movies of recent years Chronicle puts the emphasis on character. Other films have been happy to pitch their movie as “it’s found footage of an exorcism/haunted house/paranormal event” and put no further thought into it, this movie creates a glimpse of some realistic and complex lives that have been affected by something extraordinary. It still veers into stereotype territory quite drastically, but it’s streets ahead of Paranormal Activity‘s generic couple who don’t have jobs, family, friends or social lives. 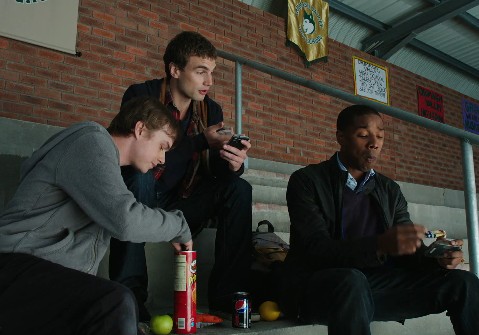 The film revolves around Andrew, who leads a miserable life spending his day going from an abusive drunk father, a terminally ill mother, an awkward, friendless existence at school punctuated by groups of bullies. He’s given some support by his cousin, cool guy Matt, but he’s doing it more out a family commitment than real friendship. When the two of them, along with the academic and athletic school hero Steven, find an object buried underground they all start developing the ability to move objects with their mind. From this shared experience they begin to form a close friendship.

Each of the three characters feel realistic and their friendship seems just as genuine even when the acting stutters a bit. The real drive of the story comes from the changes seen in Andrew who, whilst initially buoyed by his new relationships, confidence and finding something that he’s good at, begins to reveal how much damage the abuse he has suffered has done to him on a psychological level. Instead of the super-villain who is evil for the sake of being evil or feels somehow slighted and justified, the audience will feel real sympathy for Andrew. Although he proves that he’s capable of malice and even sadism he’s a product of those around him. 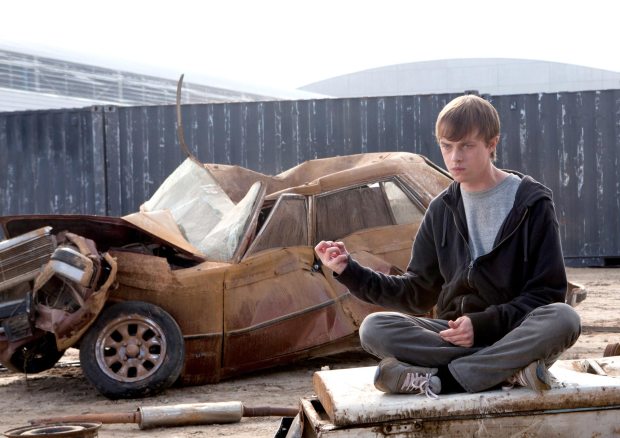 Use of the home video concept with very well handled, using it for more than an excuse for characters to read exposition and dialogue straight to the camera and shakiness. The characters do what many a modern youth would do if they had super-powers and a video camera, which is to film themselves hurling baseballs at each other and pulling pranks on people. For what is one of the most enjoyable sequences in the film, this middle section feels the most natural and realistic. Even when they’re flying above the clouds playing football they do come across as normal kids. 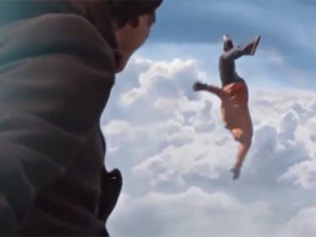 Found footage movies are a double edged sword, however, and this is no exception. There are some blatant errors in continuity, such as when they note that the original camera is “lost for good” even though we’ve already seen footage taken from it. As we get closer to the finale it seems less and less realistic that they’d be keeping their cameras with them and rolling – especially during a confrontation where the remaining two have both brought cameras and have trained them on each other in a steady mid-shot for the conversation. It feels very unusual that they’d prioritize cinematography over their lives (and the lives of thousands at this stage). More could’ve been made of security camera footage and footage from other sources (pedestrians, police, etc) at this stage and left the details of the script to the viewers imagination. The love interest who maintains a video blog also feels under-used when it could’ve been spliced in more often to show an outsiders viewpoint – or even show the blog she keeps talking about.

Obviously, you would film this.

Final word is that this is a unique and entertaining film that succeeds in spite of the stereotypical characters. Close your mind to some of the issues that arise with this particular format and this is a damn fine film that holds it’s own in a year of the biggest superhero films in history.