Ask any pop culture geek who their heroes are and Joss Whedon is likely to get a mention. Which is strange, because he’s an evil maniac who makes you love his characters only so he can break your heart by brutally murdering them. Joss Whedon wants to make you cry.

Ok, ok…to be fair a character is never bumped off for any reason other than to serve the story and it’s the best stories are the ones the provoke a strong response. Nobody in the Whedonverse has ever been a red shirt – you care about them before they die so their death matters. Here are the ten most memorable (that don’t actually come back from the dead).

Killed by a Bringer in the final battle / Sacrificed himself in an explosion. 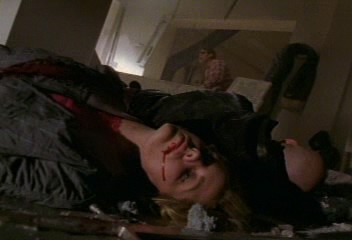 It might not be clear at the outset why these to unrelated characters are bundled together in last place. It would’ve come down to a coin flip to find out who would’ve taken the slot, and they would’ve been relegated to the final spot for the same reason. Whenever a major character is killed during a television show the weight of their impact is mostly felt in seeing how the series and the characters continue on without them. As Anya and Topher both died in the final episodes of their respective shows the full measure of their deaths was never felt.

Nonetheless they were both well loved characters whose final moments are felt by the fans of the shows. Although they served in part as comic relief, they both had their own paths of redemption to follow and their violent deaths came at a time when they’d only just reached a degree of solace.

Killed while assissinating demon sorcerer Cyvus Vail during the attack on the Circle of Black Thorn. 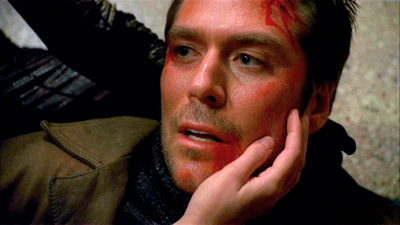 It’s unlikely that anyone could’ve predicted the important role Wesley would have in the Buffyverse. Initially just a foil to Rupert Giles he would join Angel investigations in L.A. where he would gradually face up to the harsh truths of the world he lives in and eventually become colder and darker as a result. Somehow through all this madness he managed to retain his role as the heart of the group and frequently provided a moral compass for the others. It was torture enough letting him finally partner up with his long term crush shortly before her demise, but then he didn’t even make it to the final battle being killed shortly before. Although this took place in the final episode like the deaths of Anya and Topher it was a much more heartfelt moment.

Gunned down by The Operative.

Book remains one of the great unanswered questions in the Whedonverse. He’s a priest who is wandering the universe on an undefined pilgrimage. He espouses peace and understanding yet he can single-handedly disarm and disable an armed federal agent. When mortally wounded he pulls out an Alliance card that gets him treated by the enemy. When his friends are in danger he picks up a gun and goes after them, stating that the Bible is a “little fuzzy on the subject of kneecaps”. After Book left the Serenity and established a refuge on Haven he incurs the wrath of The Operative and is attacked by Alliance troops he goes down fighting, shooting the enemy ship out of the sky while it shoots him. 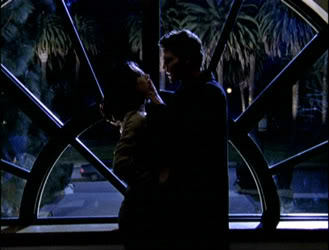 Often cited as the moment where Buffy the Vampire Slayer ‘grew up’ this shocking act of violence was abrupt and shocking. Rupert Giles was very much the stereotype of the stuffy English librarian during the first season of Buffy and his relationship with Jenny was one of the first things that humanised him. At first we were happy to see Giles have something go his way, but then her betrayal was revealed and it felt like a much more layered and interesting relationship. Everything seemed to be unfurling as expected with Jenny Calender redeeming herself by recreating Angel’s curse – until Angelus intervened and destroyed her work.

When Angelus chases Jenny through the deserted school it looked like a fairly routine action sequence, right up to the moment she makes her escape. Whedon lets us believe this for just a moment before Angelus catches her from behind and simply snaps her neck. Forgoing the usual vampire method of drinking his victims blood this death is sudden, cold and outright shocking. Angelus’ torment of Giles by leaving her body in his bed is downright sadistic.

Hit by a stray bullet fired by Warren. 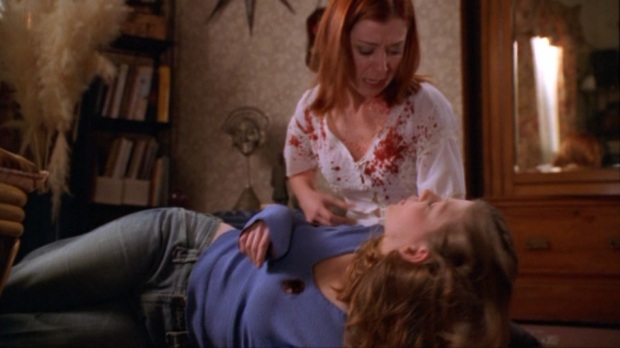 Tara is almost an anomaly in the Buffyverse in that she remains an unaffected innocent when faced with the darkness of the world around them. Perhaps this is due to her already unpleasant family but she seemed determined to see the silver lining in every situation. Although nervous and shy she was never slow-witted or naive and provided a firm base for the drastic changes faced by Willow in her post-high school years. It’s because of this innocence that her death hit the viewers especially hard. The fact that her death was such a sudden, violent and realistic way to die compared to other events in Buffy generated a stronger response and the rampage of Willow that followed was more sympathetic as a result.

Impaled on a spear by Loki.

While we had years of television to get to know some of the listed characters we only had a few scenes in the Marvel movies to get to know Coulson. He was dry, cool and always wearing a alight smirk because he knew the secrets of the most powerful spy organisation in the world. The short films like Something Funny Happened on the Way to Thor’s Hammer cemented him as a fan favourite. Everything about him was just…cool. When a character needed to be sacrificed in The Avengers he really was the only choice.

We understand why it had to be done…but goddammit!

Slowly burned from the inside by an ancient deity possessing her body.

Fred was not having a good time when she met Angel. After being accidentally sucked through a portal into a demon dimension and surviving in the wilderness for years while humans are hunted like cattle her re-introduction to Earth was no less pleasant. Driven half mad by her experience she’s in a group under constant attack by the supernatural. Over time she acquired a semblance of a normal life, forming healthy relationships and working in a respected laboratory. All this time she was an innocent character, always cheerful and pined after by half the characters on the show. Fred certainly didn’t deserve to be killed off, and she REALLY didn’t deserve such a long, dragged out and horribly painful death. The impact of the event was worsened by Angel and Spike discovering that they could save her but only by sacrificing hundreds of thousands of civilians, and Wesley staying by her side until the end.

Impaled on a wooden harpoon launched by a Reaver Ship.

For ten years the Browncoats have fervently campaigned for a renewal of Firefly but you know what? I don’t want it. Because without Wash it would only be half the show. He’s goofy, he’s funny, he’s cool and he pilots that ship like a total badass who also plays with dinosaur toys. Almost all the funniest moments in Firefly and Serenity are delivered by Wash. His relationship with Zoe made more sense than it should have. Whenever his character was put centre stage we had a great episode. He was awesome right up until his final moment that happened so suddenly that most audience members leap out of their seats. Then stare dumbfounded at the screen because there was NO WAY there would dare do that!

In a short (too short) 45 minutes Joss Whedon managed to make us fall in love with the characters of Dr. Horrible’s Sing-Along Blog. Like with any great piece of writing the viewers got invested in the characters and wanted for Billy aka Dr. Horrible to somehow reconcile things with Penny. When his alter ego rampages through town hall and attacks Captain Hammer before the disbelieving eyes of Penny everyone was on the edge of their seat to see how things would pan out. Then Billy looks around and his actions have led to a death so unexpected that I almost swallowed my tongue on the first viewing. Just as Billy reaches her side and see’s what he’s done she says one last line…

The totally unexpected and outright startling death of Buffy’s mother is the focus of an episode that has been examined and discussed at great length, and is often held up as one of the best examples of Joss Whedon’s writing. In a show when violent deaths occurred so frequently that the school newspaper had a regular obituary section nothing struck a chord with viewers like the death of Joyce Summers. After a regular day of adventuring Buffy returns home to find her mother collapsed in the living room and is unable to revive her. Having to call paramedics, break the news to her sister, fill out the paperwork – it’s dealt with in a very human and realistic manner. The episode presents the death of a loved one so accurately that when a vampire does eventually appear it seems almost obscene. A perfectly handled piece of story telling from Joss Whedon.