Story: James Bond is presumed dead after an order from M leaves him wounded and falling off a bridge, leaving a hard-drive containing the real identities of every MI6 agent in the field in the hands of an unknown enemy. While M is under political pressure to close the MI6 branch in the modern age their headquarters come under attack. 007 returns to duty to tackle the deranged former double-oh behind the attack.

Review: Casino Royale blew our minds and Quantum of Solace felt lacking – is it possible that Skyfall can reblow our minds? They’re some pretty big changes to the regular line-up, three of the new characters confirmed as recurring roles, and some concepts that have already been visited in the franchise there could’ve been enough to dissuade some viewers from getting into this new adventure.

Like with Casino Royale one of the strongest factors in favour of Skyfall is the casting. Daniel Craig and Dame Judi Dench are already comfortable in their respective roles of 007 and M, but we also feature the return and recasting of some other series regulars who haven’t been seen in some time. Ben Whishaw provides a very, very different take of the character of Q, one more befitting of an age of computers where the job is less about engineering. You can tell from the outset that he’s going to be a fan favourite, fulfilling a role similar to Cumberbatch’s Sherlock and Tennant’s The Doctor. Naomie Harris is also a fine addition as another agent in the field alongside Bond, giving him a good personality to work with. How well she succeeds in the role the is revealed at the end of the movie won’t be seen until the next film, but she’s a fine performer so it should be something to look forward to. Ralph Fiennes introduces us to a new character who acts as a thorn in the side of MI6, but as this also appears to be a recurring role we can expect good things. 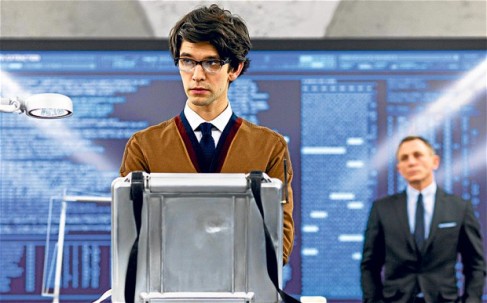 Filling out the role of the villain is Javier Bardem. This film does not mark the first time that Bond has been pitted against another former or current MI6 agent, with Sean Bean filling the part admirably in Goldeneye, but it is this feels like a very fresh angle. Unlike 006 Silva wasn’t working from a vendetta that extends back to his parents but was abandoned by MI6 when he was captured and subsequently driven insane by the months of torture that followed. The failure of his cyanide suicide pill to kill him, instead disfiguring him, only gives him more reason to seek revenge against M. He’s a complex and damaged character who provides a fantastic rival for Bond and M.

The extra involvement of M and the political aspect of the story are both very welcome. Dame Judi Dench has done fantastic work as M over the previous six films and more screen time, plus conflicts of her own, make for great viewing. The political sub-plot, putting MI6 under the microscope and questioning their relevance in the modern era of war and technology gives the story a very real world feel, and it is a well developed plot rather than a footnote.

With Sam Mendes at the helm this is easily one of the best looking Bond movies to date. Some of the cinematography and composition of the shots look downright beautiful and this is already earmarked as a Blu-Ray purchase in order to fully appreciate what has been accomplished. It does take plenty of visual cues from the previous two films but with a bolder colour palette. The pacing is certainly not any slower, and the action is much better cut together than in Quantum of Solace. 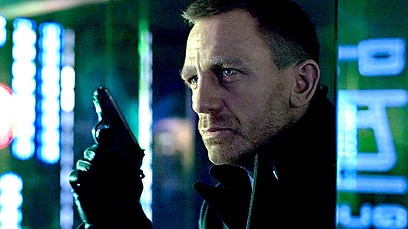 In short, this sits among the very best that the James Bond series has had to offer. Whether you’re a long term fan or just a fan of Casino Royale this is worth your time and money.