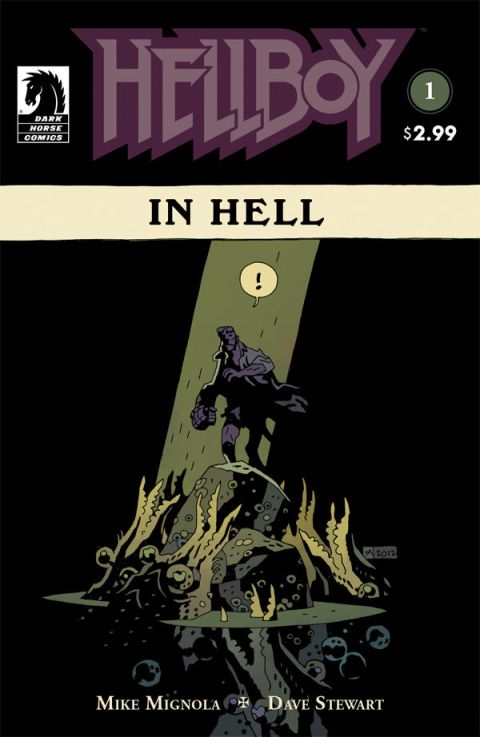 The Lowdown: After Hellboy sacrifices himself to save the world in The Storm and The Fury, Hellboy finds himself stuck in Hell. This is Mike Mignola (Hellboy’s creator) return to drawing Hellboy’s ongoing since Conqueror Worm, and it promises to have the more bizarre depiction of Hell you’ve ever seen.

The Lowdown:  Justin Gray wrote 2 Uncle Sam and the Freedom Fighters mini-series that were really kickass. It kind of embraced the inherent cheesiness and added a level of Cronenberg weirdness. He returns to one of the original members Human Bomb, and rewrites him for the new 52.He has been doing a fewmini-series for the roster of the Freedom Fighters. He already used The Ray and Phantom Lady, which included Doll Man. I am really hoping that it is all building to something. Like a team-up for another Justin Gray Freedom Fighters series.

The Lowdown: Swamp Thing continues to fight off the Rot within the Green Kingdom with the help of Deadman and the Parilament of Trees. In his last issue, he unlocked his true potential as a forest giant, but the further he gets from the Parilament, the less powerful he is. Either way, he needs to get to Gotham City, and Gotham City influenced by the rot has to be some really disturbing shit. Animal Man # 15 is out this week as well. 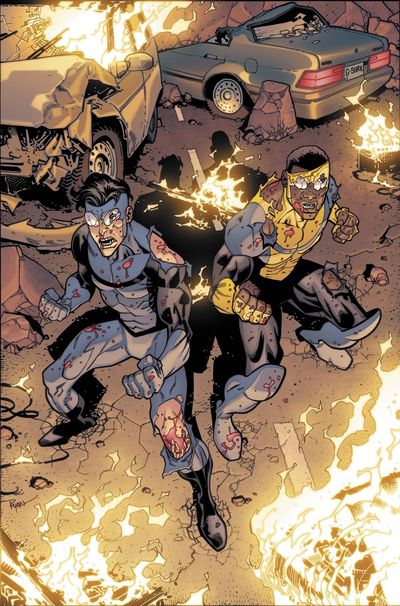 The Lowdown: The lead up to Invincible #100 has been pretty big deal. Every single solicit since probably issue 90 has dropped in a reference, give or take. This is it though. This is the story arc, ominously called “The Death of Everyone.” that will lead into issue #100. And Mark finally has his powers back so, “HELL YEAH!”

The Lowdown: There is no information given in the solicit, but it is Avengers #1, the first re-numbering since the landmark Marvel movie. This is going to be a good idea, and with an inspired writer like Jonathan Hickman, this promises to be a must read every month. Hickman’s SHIELD story was one of my favorite comics from the last few years, and he has been doing some really alternative, unconventional stories when not working on big superhero franchises. Plus, Cannonball is on the cover. He is one of my favorite X-Men, and I always wanted him to be more than just the Southern twang extra among mutants. Back when he and Iceman were Rogue’s go to teammates back on Utopia whenever she had a field mission was awesome. Hopefully, they find his place.

The Lowdown: If there is only one comic you buy this week, it is this one. It is Punisher vs. the Avengers. After getting his but whooped by Spidey and a tense conversation with Logan, Frank gets it. The Avengers are sick of his shit, and they are going to come for him relentlessly. The only problem is that Frank has this Batman thing going on where he is ultra-prepared for just about any and every possible on-comer.