The Lowdown: At the end of the last issue, Animal Man found the body of a Green Lantern among the Rot. They were hoping for Superman considering they are in the heart of Metropolis, but a Green Lantern ain’t no slouch. 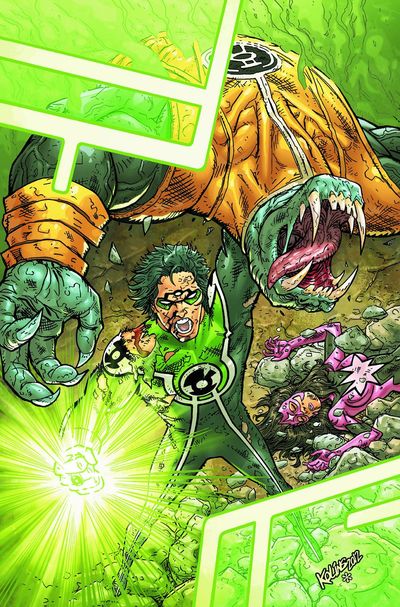 The Lowdown: Green Lantern New Guardians has been pretty interesting lately. This seems to be one of the only books actively looking to take down the Third Army which is still only amassing its ranks. Kyle Rayner has been studying under members of different corps so that he can master the entire emotional spectrum, but it is getting to him. This issue also leads directly into one of DC’s newest series, Threshold.

The Lowdown: Have I mentioned that I love that Animal Man and Swamp Thing are released the same day? Yea, I think so. Like every single time. Well, Rotworld has never stopped being good and this one has Barbara Gordon as Girl-Bat instead of Batgirl.

The Lowdown: The final issue of Vertigo and Jeff Lemire’s critically acclaimed and fan beloved series.

The Lowdown: I am a sucker for a supernatural story especially one the uses Judo-Christian beliefs to define their supernatural world. This one involves a jackass who gets rapture by accident due to a clerical error in Heaven. After he is sen back, he becomes an even bigger jackass during Armageddon and only his roommate can stop it. It doesn’t sound very deep, but it still sounds fun. Kind of like John Dies at the End. 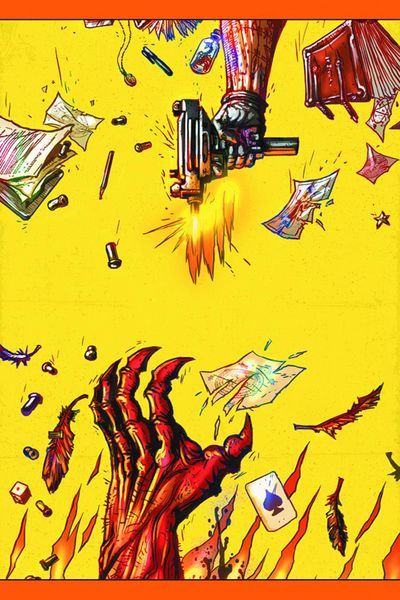 The Lowdown: Like I said, I am a sucker for an supernatural story This one takes place in a world where demon possession is an occasional and pesky occurrence and a bunch of blue collar repo guys are out there tryin to fix them. Seems like it should have a really fun John Carpenter vibe. Or maybe Edgar Wright vibe.

The Lowdown: Savage Dragon is put on trial for his time as Emperor Kurr. Its been forever since I read Savage Dragon, but I am decided I should start looking at it again. Mostly so that this article isn’t just Hawkeye and Saga over and over again.

The Lowdown: Cable and X-Force has been okay so far, but this issue is putting the spotlight on Colossus. The solicit is teasing the reason as to why his powers are going all crazy, but if you have been paying attention to the other books you already know why.

The Lowdown: So here’s what happened so far. Spider-Man is sick of The Punisher getting away with everything. He tells the Avengers, and Captain America agrees. It is finally time to do something about The Punisher, except Wolverine tipped him off because Wolvie gets it. Punisher has been on the run ever since getting the best of Black Widow who tracked him down. The Avengers are messing around though. This issue they are sending in their biggest gun: THOR!

The Lowdown: Rick Remender is finishing up his run before the big Marvel Now restart. This is the second to the last issue. Secret Avengers vs The Descendants!

The Lowdown: This is so controversial. I hated the way Amazing Spider-Man ended. I really do not have much interest in continuing until its fixed, because that is exactly what this kind of plot development feels like: a small diversion before they reestablish the status quo, Issue to issue Dan Slott has been great though even though his long term stuff hasn’t been great.