E3 Pre-Game – What Needs To Go Down This Week

Once again it’s time for E3, those few days in the year when dorks everywhere are glued to game sites very slightly more than usual. This year we are in the early stages of the next Great Console War, with fanboys on both sides staking their territory and waving their banners. Sony. Microsoft. Nintendo. Stark. Lannister. Maybe that’s something else.

We’re already seeking leaks and rumours and so before the event officially opens I thought it was an opportunity to make some predictions and see what may happen, and declare what I think needs to happen at this years Electronic Entertainment Expo. 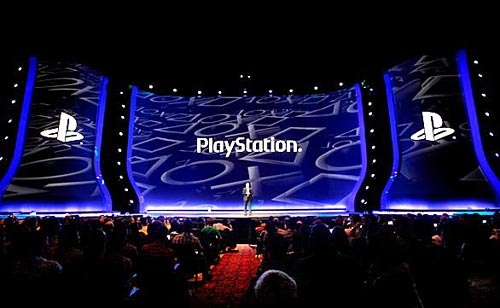 First things first, we need to see the damn console. The aesthetics of a machine are less important than the guts of course but having not been shown any sign of it doesn’t inspire much confidence this close to release. Do Sony know what it looks like? We can assume as much but the fact is that by not showing it at their PS4 event, it gave the impression it wasn’t ready to be seen. If it’s going to release this year, it should be something we know more about.

Speaking of which; when is the damn thing releasing? We know it’ll be out in time for the holidays 2013, or at least everyone is assuming that. We’ll be getting a release date at the Sony conference tonight I am certain. Part of the issue, at least personally, is the upcoming release of games like WATCH_DOGS which will have both next and current gen support. As the 360/ps3 edition is being released in mid November this has lead to confusion; will the ps4 release in November with WATCH_DOGS as a launch title, or are Sony simply expecting that people who want to play the PS4 version of the game will wait however long is necessary to play it?

It’s a gamble for sure.

In addition to these basic facts, as usual most of what E3 is about is the games. Expect more footage from WATCH_DOGS, Killzone: Shadow Fall and InFamous: Second Son plus playable versions of these, and many more games both announced and otherwise, on the floor. The focus will be exclusives, or it should be. The goal here for Sony needs to be cementing their place as THE console to own. 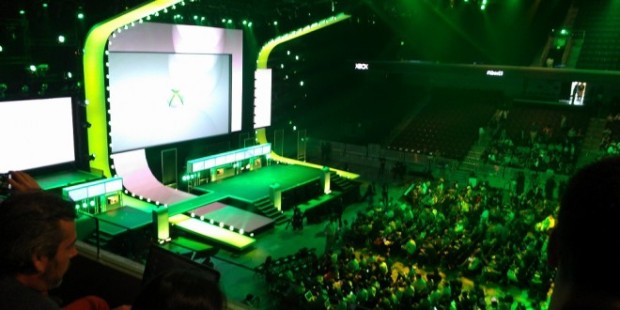 The Xbox One (hereafter referred to as the Xbone) was met with little public support when it was announced. Admittedly, at least Microsoft had a console to show us but the lack of concrete information has dealt their brand a serious blow. Does it always spy on you? Can the Kinect be disabled? Can you play used games? Is there always on DRM? The answer to each of these queries has been a resounding shrug as Microsoft representatives first said yes, then said no, then said maybe, and then became very very quiet.

The things Microsoft need to address, quickly, are the exact online requirements, the exact requirements for playing used games and the precise way way Kinect will be used. Will it be spying on users at5 all times, ready to detect an unfamiliar face and thus block access to paid content? Nobody seems to be able to tell us, which is unsettling at best.

Other than that, Microsoft really need to bring out the big third party guys and tell us exactly what games we can expect to play on the beast of a machine. We all know about Call of Duty,m but that isn’t an exclusive and like Sony, Microsoft need to sell us some exclusives and convince gamers that the Xbone does more than TV, sports, TV, TV, Call of Duty, Television and Sports. A price, under $500 is going to be necessary too. I’d be very surprised if they don’t have a subscription model to lower the cost.

I’d be expecting the announcement of a new Halo title, with early footage and the usual hype and probably some footage from the Spielberg series. Aside from that… who knows. Like Sony, Microsoft are going to have plenty of playables.

Nintendo have a problem. Their latest console, the WiiU came out so much earlier than its counterpart consoles that many consider it to be a part of this console generation, not the next one. This issue is compounded by the much lower definition graphics of the WiiU and the public misconception (particularly in early months) that it is simply a Wii peripheral.

So what is going to be needed here is a flurry of games activity – helped along by their US and Canada wide gaming experience events where new WiiU games will for the first time be demoed outside the hallowed halls of E3. It could be a tactic that pays off, and hopefully will allow Nintendo to distract some of the attention away from their competitors and into the loving arms of their stalwart franchises.

Expect announcements of the next Mario, Mario Kart, Legend of Zelda, and Super Smash Bros. titles, as well as something else from their repertoire. It’s been a while since we had a new Metroid game, and the recent release of Animal Crossing: New Leaf could signify a revival to the franchise. Perhaps a new Mario Party, Star Fox, or Pikmin. This also might be the year we get a console based Pokémon – the development of a 3D game engine sparking some discussion on that fact. It’s not exactly likely, but it’s something I personally hope for.

Either way, Nintendo are going to spend this E3 week hammering out footage and announcements for first party titles, reminding everyone that although they don’t have much third party support right now, they are still the one stop shop for many gaming favourites.

Much of publisher focus is going to be on the next generation; although there is still a lot of life left in current gen releases, they’d be fools not to spend the majority of their time talking up their future console gaming releases, and aligning themselves with the big three at the same time. If the console makers are talking about their next generation, nobody is going to want to be stuck in the past and talking only about hardware that many punters are going to consider obsolete by Christmas.

Stay tuned this week for articles and round-up posts where we discuss and review the information coming out of LA.