Now before anyone starts freaking out, there is no plan for a  remake of 1995’s Clueless (as far as I know) but Nylon recently fancast a Clueless remake in celebration of the film’s 18th anniversary. Since that list was completely terrible I decided to come up with my own list of who I think should be in a (completely hypothetical) Clueless remake.

Cher is the bubbly and materialistic yet goodhearted lead of the movie and her role (based on Jane Austen’s Emma) has made Alicia Silverstone iconic. Ashley Benson (Pretty Little Liars) would be perfect to play the blonde popular girl who spends her time trying to set up her friends.

Josh is Cher’s college freshman ex-stepbrother who resents her materialstic high school ways but ends up falling for her good heart. Astin (Pitch Perfect) has the handsome looks and laid-back personality that would mirror Paul Rudd’s in this memorable role.

Dionne is Cher’s rich and popular best friend whose antics with her boyfriend Murray  provide some of the funniest parts of the films. Bunbury (Twisted) is quickly rising in popularity and has the spunk and sass to pull off this role.

Wilds (90210) has the good looks and goofy personality that would make him a perfect choice for the lovable Murray. Two words: freeway scene.

Tai is the new girl whom Cher and Dionne take under their wing and transform her into a popular student, even while she still holds on to her dorky side. Debby Ryan (The Suit Life on Deck) would be great to play the multi-faceted Tai.

Travis is the dorky stoner skateboarder who, despite not being in the popular crowd, wins the heart of Tai and eventually the rest of the gang. Culkin (Scream 4) has the look and the comedic timing to pull of this role.

Amber is Cher’s frenemy: a member of the popular crowd that always manages to get under Cher’s skin. Arnold’s role as Queen Bee Holly J on Degrassi makes me think she could be Amber to a tee.

Elton is the the most popular guy in school and despite Tai’s initial crush on him, he only has eyes for Cher. Like Elton, Pasqualino (Skins) is definitely a heartbreaker.

Lucas Till as Christian

Christian is the suave new kid who Cher falls head-over-heels for, only to learn that he is in fact a “disco-dancing, Oscar Wilde-reading, Streisand ticket-holding friend of Dorothy”. Till (X-Men: First Class) and his dashing smile would make any girl’s heart flutter.

Written by Diablo Cody and Directed by Mark Waters

If a Clueless movie was ever to be made who better to do it than the writer of Juno and the director of Mean Girls? 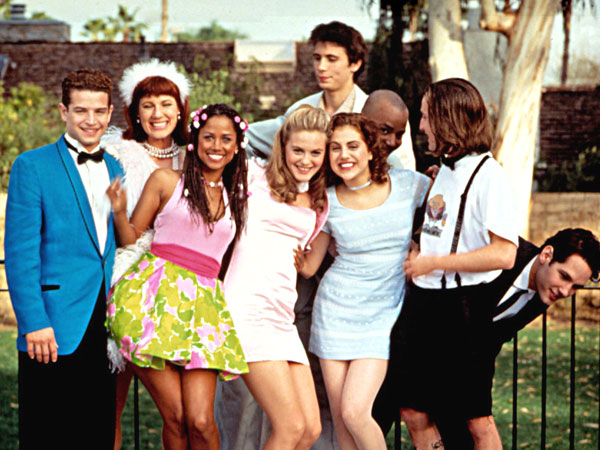 Hopefully the perfection that is Clueless will never be remade but if Hollywood does decide to do it, this is how I think it should be done. Who would you want to see in a Clueless remake if ever there was one?

← Book Review: ‘Encounters of Sherlock Holmes’
The History of Dracula on Film (Part 2) →