Tiny Tower is a popular app game available for iOS where players manage and build a residential and business tower. The mechanics of the games are designed to get the addicted and invite them to advance the game by paying real money. Naturally Lucasarts immediately questioned why they hadn’t thought of this themselves and this week we got the Tiny Death Star version of the game. 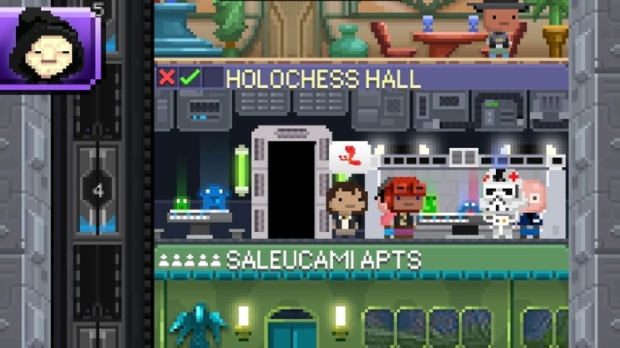 Yeah, I’m playing it. I’ll be bored in less than a week but the Playstation is in the shop. It does raise the question though – is this the crappiest thing the Star Wars brand has been applied to? Well…no.

You knew this was getting a mention.

Ok, so I get that 80% of the marketing for The Phantom Menace revolved around how goofy Jar-Jar Binks is, how his prehensile tongue is a natural source of dry comedy and how important he is because it’s a film for kids (hence the 20 minutes of political double speak) and they would obviously want to provide merchandise for this. BUT HOW DID SOMEONE OK THIS. Even if you’re to young to see this as a misguided sex toy and just tasty candy in a retractable handle you’ll still have the disconcerting feelings that you’re making out with Jar-Jar.

Just…why? Why did you make this thing? Why would anyone want to buy it? Why is this a thing that exists? What possible logic is behing this thing? I just…I can’t.

Christmas in the Stars

Tie-in Christmas albums were done before and since. It’s in the entire premise behind The Chipmunks. It could’ve been ignored if it wasn’t for the astonishingly bad creative decisions behind it. If you were in charge of this waste of time which Star Wars characters would you choose to feature on it, singing original tracks? Luke Skywalker? Princess Leia? They went with C-3PO, R2-D2 and Chewbacca. Seriously. 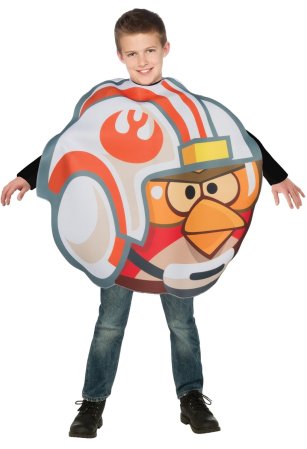 If your parents let you leave the house wearing this, they hated you. Sorry.

How does it even qualify as a costume? 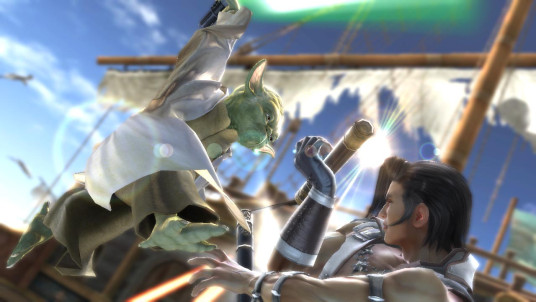 The ones responsible for all this rubbish merchandise is none other than you. Yes, you. Star Wars nerds. Lucas and friends has gotten the message that you will buy anything with Star Wars related, even if it is a cameo. Regardless of the relevance, an appearance by a Star Wars character is all it takes to boost sales. There’s no reason for Yoda to be in Soul Caliber, Han Solo in Lego Indiana Jones, Darth Maul in Tony Hawk’s Pro Skater, X-Wings to be in Secret Weapons Over Normady – this cheapens the brand and the games that use it. The Lucasarts games can’t seem to get more than a few minutes without a Star Wars gag. Lego Indiana Jones 2 is the worst offender with non-stop visual gags.

LOOK WHAT YOU MADE HAPPEN.

On the topic of games, who was hyped for Star Wars: Force Unleashed? It was early days of this console generation and we were still suitably wowed by what could be achieved, then this trailer landed:

Holy cow, it’s the Star Wars game we always wanted! Except that they never bothered fixing bugs before shovelling it onto shelves and watching the fans put down their hard earned cash. I got halfway through the third stage before the glitches, bugs and crappy design led to the game heading straight back to the store for an exchange. This is one example of an onslaught of poorly planned and unfinished titles that have been dumped on the public, a list that includes, but is not limited to, Star Wars Kinect, Star Wars Online and the infamous Masters of Teras Kasi. 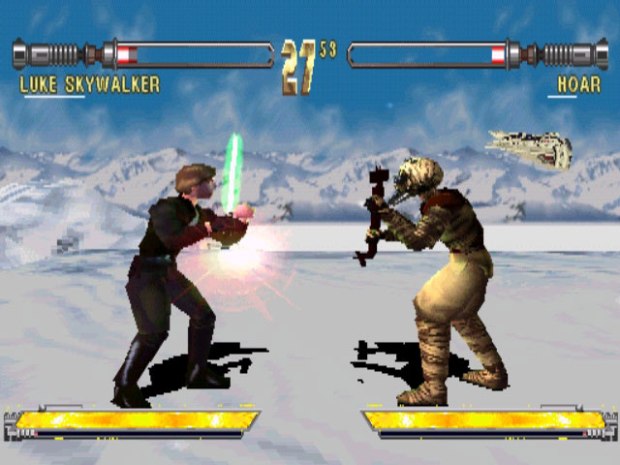 Wait…does that one have boobies?

When The Phantom Menace was riding the hype train to big bucks station one of the most popular items in the toy shop was the extendable, light up lightsaber. Finally, a cool looking replica of the iconic weapon that we can play with! Unless you’re a kid, because most kids don’t have that kind of scratch laying around. The Darth Maul model ran at about $90 each, meaning that if you’re a kid (keeping in mind that these are toys being marketed at kids) you ain’t getting one. If you’re parents are nerds they might get one but you can’t play with it unless you break it.

Seriously, fuck the people at Skywalker Ranch who priced these things. It’s a clear sign that they don’t give a rats arse about the fans who support them, not when there’s fleecing to be done. 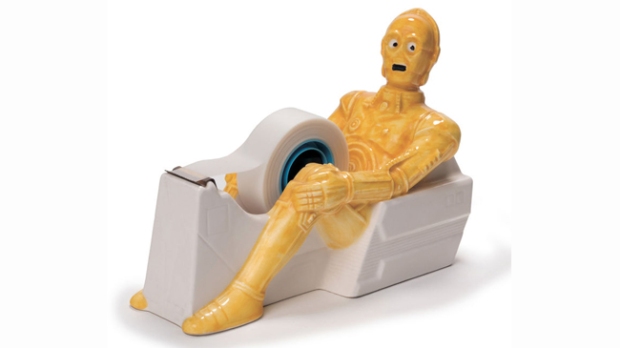 Christ, I thought the Jar-Jar tongue candy felt dirty. Just look at his expression! He just wants you to give it a little tug…

According to popular culture adding a red shade to a light is a quick and charming way to set the mood for some hardcore consenting adult activities. As we know, nothing says down and dirty like a light up Darth Vader head. You if are about to hook up and flick on this ‘mood light’ you can expect to spend the night with only the Jar-Jar tongue candy for company.

I only remembered this one after the article was finished but I think we can agree it needed a spot. Behold: when fast food chains try to make a Darth Vader themed burger:

Please tell me that no one ate that thing.