The Night The Oscar Died 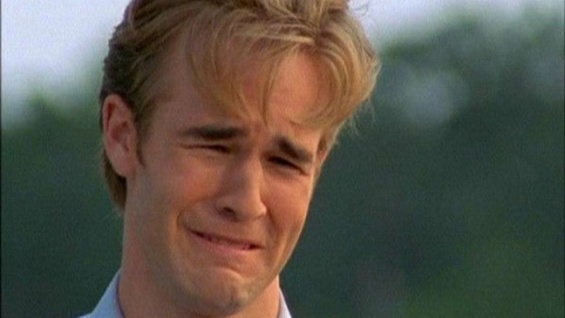 For the most part, awards ceremonies have never particularly interested me.  The Grammys?  Sorry I don’t care to see Lady Gaga in a meat suit or Kanye West shouting who’s the greatest of all time.  (OF ALL TIME!)  Tonys?  I don’t see enough Broadway plays and frankly I wouldn’t know June Squibb from June Cleaver if she hadn’t been nominated for Nebraska this year.  The Emmys?  I’ll catch the highlights on the Internet.  The AVNs?  I’m sorry I don’t know what they are.  (At least that’s what I tell people I don’t know.)

Ah but the Oscars.  That grand glorious spectacle that comes but once a year.  For some reason it’s the one and only awards show that really captivates me.  The speeches, the bad jokes, the bloated run time, the hosts (both good and bad), the actors who can laugh at themselves (Jennifer Lawrence), the actors who take themselves way too seriously (Sean Penn), the somber yet elegant IN MEMORIAM segment–I love it all.  I love to root for the underdog and I get extreme satisfaction when someone I desperately want to see win walks away with the golden statuette. 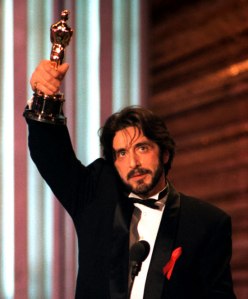 The Academy Awards, and the weeks leading up to the Academy Awards, come with its fair share of posturing and politics, snobbery and elitism.  Let’s not kid ourselves.  The Oscars can become a popularity contest as petty as Home Coming Queen winners and twice as vapid.  The Oscars aren’t always a meritocracy.  Sometimes the awards are well earned (Ang Lee for Brokeback Mountain, Jodie Foster for The Accused), sometimes it’s essentially a lifetime achievement award (Jessica Tandy for Driving Miss Daisy), and sometimes it’s a “about goddamn time” award (Al Pacino for Scent of a Woman, Martin Scorsese for The Departed).

And of course there are the Oscars that make absolutely, positively, no sense.  You know the ones I’m talking about.  I’m speaking of the undeserved Oscar, the unworthy Oscar, the Oscars awarded not based on performance but on popularity.  The history of the Academy Awards is rife with them whether it’s Hitchcock and Kubrick never winning for Best Director, or Kevin Spacey winning for American Beauty over Denzel Washington for The Hurricane, or Sandra Bullock winning a Best Actress award for The Blindside.  These are the Oscars that leave audiences scratching their heads and questioning the Academy’s sanity. 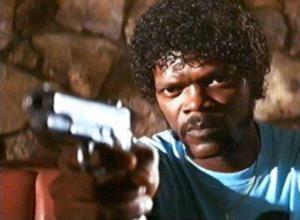 “Tell me how “Dances With Wolves” deserved the Oscar over “Goodfellas” one more time muthafucka and it’s your ass!”

However, once in a great while there will come an Oscar travesty so disgraceful, so outrageous, so mind-numbingly ridiculous it generates a full blown Oscar rage amongst fans.

That  was an evening that will forever live in infamy.

That was the night of the most egregious Oscar mistake in history.

That was the night that Saving Private Ryan lost to Shakespeare In Love for Best Picture.

That was the night the Oscar died for me.

Everyone’s had those moments in life where they were positive, POSITIVE, something was going to happen–a date, a promotion, a raise, an award–and somehow it didn’t.  When it happens it’s like a Chuck Norris roundhouse kick to the nutsack.  It hurts like Hell.

As the Oscar ceremony progressed that night, Shakespeare In Love and Saving Private Ryan were almost neck and neck.  This wasn’t a Ben-Hur or Return of the King kind of night.  Neither film was a runaway.  Going into the last award of the night, Shakespeare in Love had six Oscars, Saving Private Ryan had five.  However, Saving Private Ryan had already won the Golden Globe for Best Picture and Steven Spielberg had picked up his second Academy Award for directing moments before.  Historically, the Best Director Oscar and the Best Picture Oscar went together like Forrest Gump and running.  I would have bet every VHS tape I owned (remember it was 1999) that Saving Private Ryan was going to win.  And then Harrison Ford opened his mouth and the devastating news pealed out over the airwaves.

How could the greatest war movie in history, a triumph of filmmaking, a movie so powerful that my friends didn’t say a word to each other for fifteen minutes after we left the theater–how could this film lose to Shakespeare In Love?  It was incomprehensible.

What sayest thou? We hath won Best Picture? Zounds but Saving Private Ryan fans must be wroth! 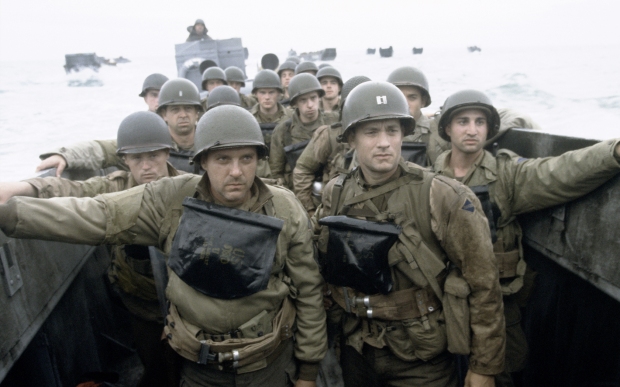 Saving Private Ryan losing out to Shakespeare In Love for the Best Picture is a wound I never quite got over.  I still watch the Oscars every year, but the Award show lost a lot of its luster after that night.

It’s the wound that never quite healed on Rand Al’Thor’s side.

It’s the removal of Ned Stark’s head by Ilyn Payne.

It’s Frodo’s departure from Middle Earth to the Undying Lands.

Forever after that night fans of film fell into two categories for me: those who thought Saving Private Ryan was the true winner of the Best Picture Oscar that year and those that recognize Shakespeare In Love as the legitimate winner.  I have a special name for those people.

7 thoughts on “The Night The Oscar Died”