After the disappointment that was the Star Wars prequels, I was absolutely over the Endor moon with the announcement of Disney’s Lucasfilm acquisition.  I’ve always felt that Star Wars isn’t something that needs to be restricted to the original trilogy.  There are plenty of fantastic writers, old and young, who could contribute numerous and exciting stories to the franchise.  My excitement grew when I discovered that not only were members of the original cast returning, but also J.J. Abrams was going to direct.  I’m hoping that the return of Harrison Ford, Mark Hamill, and Carrie Fisher will recapture some of the wonder and glory of the first trilogy.  And although I know J.J Abrams has been much maligned for his treatment of the Star Trek reboot and his unending lens flares, I feel that as he is a devoted fan of the franchise, he will succeed.

Having said all this, there is a real concern I have over the fate of Star Wars.  I’m not referring to the future films or cartoons or graphic novels.  I’m referring to the Star Wars Expanded Universe novels, something that began almost a quarter of a century ago.

Back in 1991 as a twelve-year I old I was thrilled to discover that George Lucas had finally given the OK for authors to write other stories after the events of Return of the Jedi.  Timothy Zahn’s Heir to the Empire trilogy I still consider to be one of the best trilogies written in the Star Wars Expanded Universe.  I was immediately enthralled.  Soon would follow the Jedi Academy series and many more.  While there was a period of time that I stopped reading the novels (no particular reason just did) I eventually got back into them about ten years ago. 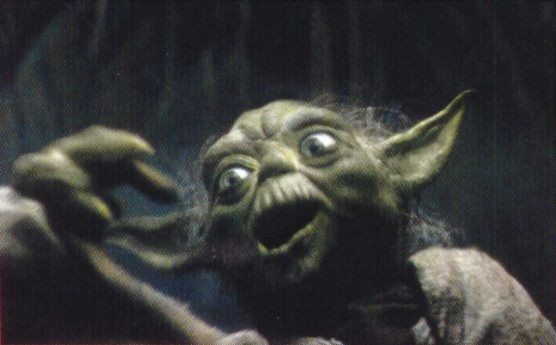 My reaction this was to Zahn’s trilogy. Made me happy it did.

Now I’m not going to bury my head in the sand like a Jawa and pretend that every Star Wars novel is a slice of fried gold.  There are series and individual books that are great (Heir to the Empire, Legacy of the Force), mediocre (Luke Skywalker and the Shadows of Mindor), exhausting (The New Jedi Order Fate of the Jedi series) and down right Bantha poodoo (The Force Unleashed, The Dark Nest Trilogy).  However, most were entertaining enough to hold my interest.

Although I felt there was plenty of good source material to pull from the Expanded Universe, I accepted the announcement that henceforth Disney would only consider the six Star Wars films and The Clone Wars cartoon as canon, with alacrity.  As a writer I can completely understand wanting to go your own path and carve out a story that’s original.  To say anything less would be hypocritical.  The fact that Lawrence Kasdan, who co-wrote The Empire Strikes Back is also co-writing Episode VII leads me to believe that the saga is in good hands.

Ultimately my frustration with Disney has nothing to do with their decision to create an original story.  What I’m outraged about is that because of Disney’s acquisition of Lucasfilm, they now control all rights to the novels and any future novels.  Since they’ve determined that the EU will have no bearing going forward, the future of all Star Wars novels in the EU has been suspended indefinitely.  While the old novels will continue to be published under the Legends brand, Disney’s action marks (in my opinion) the death knell of the EU.

For fans of the novels (and they are legion) this is like the Darth Vader “NOOOOO!” scream from Revenge of the Sith.  If the last novel/series in the Expanded Universe timeline (forty-five years after the Battle of Yavin) happened to wrap up all plotlines, I think I’d be ok with it. But that’s not the case at all. 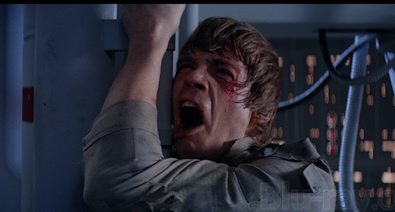 Suspend the Expanded Universe novels with no resolution? That’s not true! THAT’S IMPOSSIBLE!

(WARNING SPOILERS AHEAD!!!) There are multiple storylines that are unresolved in the EU.  Amelia Solo, the granddaughter of Leia and Han Solo is destined to have a significant impact on the future of the Jedi Order.  It’s been hinted that she could turn to the Dark Side and lead the galaxy into an era of darkness or an era of peace and tranquility.  Her Force destiny could be similar to Anakin Skywalker.  Additionally, as demonstrated in the Fate of the Jedi  series, an entire planet of Sith, heretofore undiscovered and unable to leave their planet, has now been unleashed on the galaxy.  Jaina Solo has also married a leader of the new reformed Empire named Jagged Fel.  The next trilogy, The Sword of the Jedi, was supposed to be focus on her.

Abandoning the EU storylines is essentially a giant “fuck you” to the fans of these novels.  And what’s maddening is that THIS IS A BIG PART OF THEIR FAN BASE!  Why in the world would you try to alienate your fan base by taking this action? It makes no sense.  Now granted Disney’s stated they will still publish the old EU novels under their Legends brand as I previously mentioned, but that’s little consolation to me.  I’ve read the novels.  I want future adventures in the Expanded Universe damn it!

I don’t think the reasoning behind Disney’s decision is money because let’s face it, they are gonna get theirs regardless.  The only logical reason I can think of for Disney’s action is that they want to distance themselves from the Expanded Universe completely.  Better a quick lightsaber dismemberment than a lingering infection.  I respectfully and emphatically disagree with the House Of Mouse’s choice when it comes to the EU novels.

Disney needs to throw this mangled idea into the Bacta tank and give the Star Wars fans what they need.  Namely more Expanded Universe novels.

So take note Disney, unless you want a legion of pissed off Star Wars fans ready to unleash a barrage of Sith lighting on the Magic Kingdom, you better get this situation rectified.  Otherwise Darth Gandalf and an army of my fellow brothers and sisters will be at your doorstep, and it won’t be to ride Splash Mountain.

To borrow a line from your recent hit Frozen, we’re not willing to “Let It Go.”