The dust has settled on the latest instalment of the ever expanding X-Men movie franchise, with the past and current versions of the characters linking together to tell one epic story of causality and smashing things. Sitting on 92% on rottentomatoes.com and the top of the box office it’s almost universally popular. But with so many characters, a full backstory and a complex source material there are some things that didn’t work. Here’s the things that irked us, and the little touches that made it extra cool.

Shadowcat is a long standing character in the comic series, even if she hasn’t yet been fleshed out in the film series. That said, up until now we’ve been pretty clear on her power set. She walks through walls. It’s one of the most straight forward powers in the story. Also she can send people’s consciousness backwards through time? When did that happen? It’s a critical part of the film, and it has zero explanation. What makes it more confusing was the inclusion of Bishop, one of the prominent time travellers in the X-Men universe. One would assume he’d play a role in supplying time travel for Wolverine…guess not. 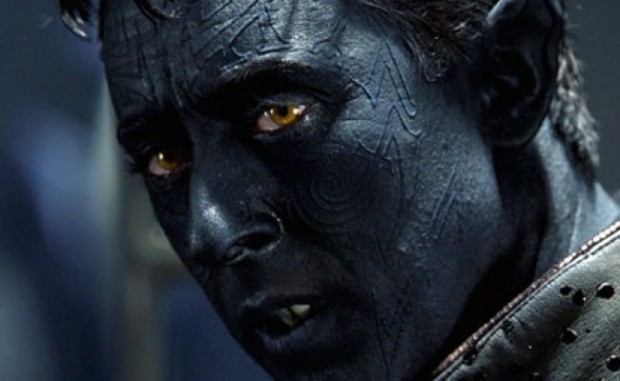 Among X-Men 3‘s crimes was a very drawn out and emotional bland death for Professor X. In Days of Future Past he is not only alive, but in his usual body after it was disintegrated. This didn’t occur to me until it was pointed out by a regular movie goer as opposed to a fan who, like me, pretends that third film didn’t happen.

Lots of New Faces, Not Much Personality

Singer picked out some good characters to fill out the ranks of the X-Men circa 2023. Bishop, Blink, Sunspot, Warpath and others throughout the film all looked cool and participated in some awesome action scenes. Unfortunately they lacked any personality. Whereas First Class did a great job of instilling a unique character into every new mutant, these guys were little more than set dressing. 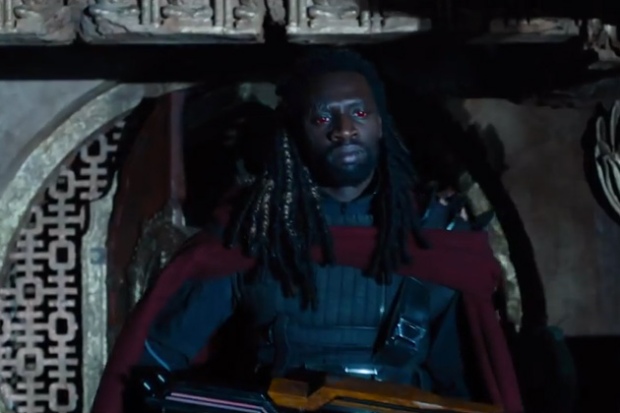 “In this scene I will hold the gun.”

As the new characters rolled in a number from First Class were left out, listed out by Magneto as victims of Trask’s experiments. Emma Frost, Azazel, Angel, Banshee and Riptide have all been bumped out. Others, such as Havoc, were reduced down to cameo status. There’s so many characters being added and reprised that some of the interesting newbies have been dumped.

Although he didn’t impress anyone in the trailers or other promotional material, when we saw Quicksilver in action we loved him. He had a great introduction, adding some serious attitude to the moody Wolverine/Magneto/Xavier/Beast team. After being given an awesome effects and action sequence in the middle of the film he vanished and the movie was less for it. 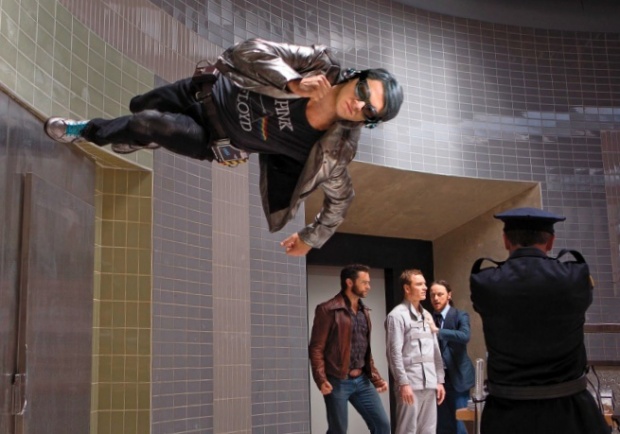 Random fact: the prison break was to be perpetrated by a young Juggernaut. Josh Helman was cast in the role (can totally see it) but when the part was rewritten he was offered the role of a young William Stryker.

Not Enough Xavier and Magneto

Not the young’ns, they were all good. Instead we’re talking about the older versions played by Sir Ian McKellen and Patrick Stewart. The real life BFF’s were brought back to the roles from a stage performance of Waiting for Godot but in their screen time they don’t exchange many words. A filmed sequence of Xavier, Magneto and Iceman breaking Rogue out of a Mutant prison (formally the X-Mansion) was ultimately cut. This could have been the scenes that focused on their friendship in later years.

Ok, this is a small one. At the end of First Class Magneto appeared in what can only be called ‘all his splendour’. When he starts rocking the capital in Days of Future Past he was sporting a rather lacklustre, muted colours. I wanted to see him in the classic, bright red suit!

Wait, what’s going on here…if the Sentinels were ready to go before Boliver Trask’s assassination by Mystique, then what happened to them during the 50 years before the new models were unleashed? When there was a mutant assassination attempt on the President by Nightcrawler, why weren’t the big purples employed? It’s a weird thing to leave gathering dust. Then there’s bringing the public knowledge of the mutants forward – X-Men made it seem like they were only recently revealed. Then there’s Beast’s serum that can temporarily hamper a mutant’s power. With something that handy kicking around characters like Rogue and Nightcrawler wouldn’t have their problems, nor would the entire plot of X-Men 3 be relevant.

Ultimately what left the Days of Future Past ranked a bit lower than First Class (for me) was the lack of connection with the characters. First Class and X-Men 2 both featured some excellent character work that elevated them above the usual superhero fare. Nightcrawler’s torment about perceiving himself as sinful, Pyro’s seduction by Magneto, a young Erik hunting his mother’s murderers, or finally opening up to Xavier and taking control of his powers…Days of Future Past didn’t quite manage this same level of emotional weight.

Shawn Ashmore probably didn’t anticipate how many times he’d be getting called back to reprise the role when he played Bobby Drake in X-Men. His role was expanded in the second and third films with the latter culminating in him taking his ice form for the first time…and walking off screen. After his big moment being the tired old two-guys-shooting-beams-that-meet-in-the-middle trope it’s great to finally see the Iceman comic fans are familiar with. Encased in ice and sliding on a self-created track while fighting the Sentinels was downright rad.

Blink and You’ll Miss It

Speaking of radness, we also had Blink. A lesser known X-Men, he ability to ‘throw’ portals was used to create some astounding actions sequences. Every time she used her portals to launch her allies at the Sentinels or redirect their blasts onto each other was spectacular. This is the kind of sequence the Blu-Ray will be used to fully appreciate. 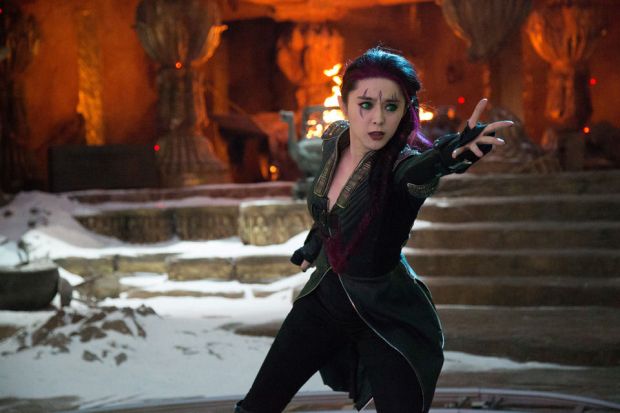 Needless to say, Quicksilver was a real stand out for the film. When confronted six guards having already fired he uses his remarkable speed to rearrange the room to his liking, and save his fellow mutants. The entire scene was done perfectly and with amazing detail. Coupled with Quicksilver’s cocky attitude it was just a complete joy.

The Sentinels as they appear in the comics were not going to work on the big screen. 20 storey tall purple robots that look like they’re designed by a child with crayons would be laughable in the cinematic world. The smaller designs with the perspex face, torso based propulsion and range of weapons looked realistic and exciting.

The Unique Characters With Potential

Some characters like Wolverine and Cyclops are going to be easy to translate to the screen. Others like Quicksilver less so, but we saw here that when the franchise has the chance to bring them on board we can have great results. During Days of Future Past we got some small looks at lesser known figures including Ink and Spike, along with a new take on Toad, all of whom could be expanded upon in the next instalment. There are literally dozens of characters yet to be brough to life – the future looks interesting indeed.

Man, X-Men 3 was a serious downturn for the series. Poor script, hokey directing and pointless characters. It made some irreparable changes to the franchise that included removing Professor X, Jean Grey, Cyclops and others while throwing in lame, unnamed fodder to make up a younger cast. With Days of Future Past the stories align once more, and we can pretend the Ratnerfied version didn’t happen.

Cameos for the sake of cameos irk me. They usually rely of the audience recognising someone they know for a cheap laugh. That said it was really cool seeing the classic X-Men all together. The appearance of Jean, Cyclops, Rogue and Beast during the final scenes was an unexpected bonus. 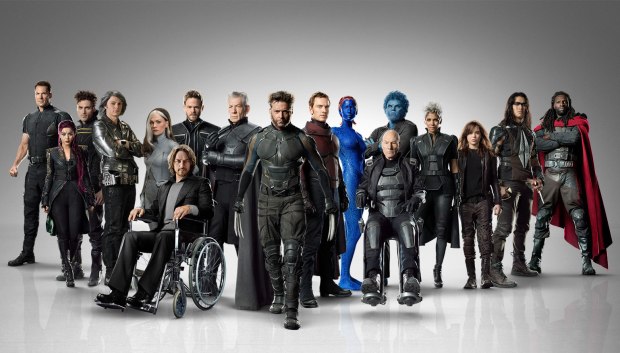 We’d already seen in First Class that McAvoy and Fassbender bounce of each other perfectly, and the increased screen time with Jennifer Lawrence’s Mystique only heightened this. Representing mutantkind being torn between the two extreme ideologies, they’re a great acting time. Hugh Jackman entered the mix perfectly – it really is fun seeing such great performers working together.

Magneto’s role in the assassination of John F. Kennedy was a nifty footnote in the film, using the common conspiracy regarding the ‘magic bullet’ as evidence of his involvement. The claim that Kennedy was also a mutant was a cool addition, though we’re left wondering what his power could be. I’m guessing prehensile hair.

Apocalypse is second only to Magneto in the roster of X-Men villains. The immortal and all-powerful mutant – possibly the first mutant – is a constant threat in the Marvel universe. When I heard there was an extra scene in the credits I didn’t expect to see Apocalypse, let alone being so awesome as to build a pyramid using his powers of molecular control. Plus there were his Four Horsemen lurking in the background. Things are boding well for the future. 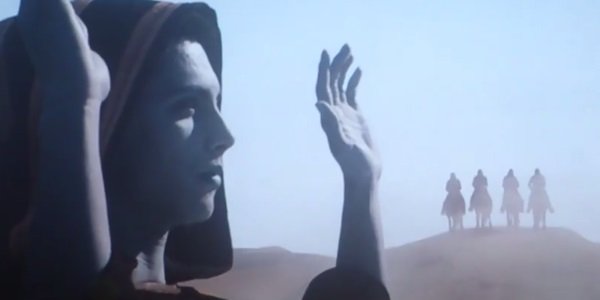