It has been argued many times, that if you want to know what a civilization feels at any given time look at the stories which scare them. Throughout the twentieth and twenty first centuries, horror films have held a dark mirror to society showing them the darker aspects of themselves. In the 1990’s this continued, in an era of increasing moral ambiguity, the monsters of cinema who once had the job to terrify people were now; charismatic, intriguing, and even a little sexy. From Hannibal Lecter to Gary Oldman’s interpretation of Count Dracula, the horror movie villains of the era of Bill Clinton and Pogs, were a different breed than the terrors who lurked in the shadows before them. A perfect example of this new breed of horror films is, Candyman.

The film plays brilliantly on the idea of urban legends, and their place in our culture, and in this picture the focus is on a tale which haunts the inner city of Chicago, Illinois. The story of Candyman, catches the attention of a young grad student played by always enjoyable Virginia Madsen. As she finds herself drawn into the seedy world of Cabrini-Green, she learns that the Candyman myths may be more true than she thought. Played with a powerful voice and a towering screen presence, by Tony Todd, Candyman pushes our heroine to the limits of her sanity.

This is one of those rare films where everything works perfectly together. Director Bernard Rose, brilliantly translates the Clive Barker‘s nightmarish source material onto the screen. Despite the supernatural elements, Rose expertly keeps the story grounded in a harsh reality that is easily recognizable to us all whether we want it to be or not. His pitch perfect blending of all the great elements of the film is to be commended and it is a shame he does not have a wider filmography. Philip Glass redeems himself of his 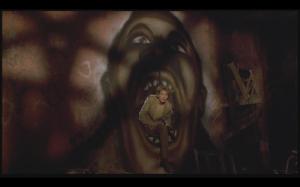 controversial score for Dracula, with an arrangement which immediately sets the mood for this film. Despite its gritty urban setting, Glass’ score adds a sense of gothic mystique. The cast is lead by a trio of veteran character actors, who may not be the most popular or well known but, they ooze of talent.  Virginia Madsen and Xander Berkeley are at the top of their game and portray perfectly believable characters whom the audience can relate to on some level. But the man who steals the show with only a sparse amount of screentime is genre favorite Tony Todd. This proves to be the role the actor was born to play, as his baritone and raspy voice combined with his imposing physicality and vast amounts of charisma ensure he will haunt the nightmares of many who watch this film. Often overlooked, Candyman no doubt deserves a place among the all-time great horror films.