There are filmmakers out there who achieve a certain level of success in Hollywood that they gain a certain level fame among the public as a whole. Directors like; Steven Spielberg, Christopher Nolan, and James Cameron have become names that studios love to stamp on the promo materials for movies. There are also directors who have also achieved notable success and have become a brand in of themselves, just on a lesser level as the studio favorites. Often ignored by the Hollywood, a few directors bring such a unique vision to the pictures they make that they are followed relentlessly by a devoted cult of film lovers who crave something different. If you wish to familiarize yourself with these mavericks of the movie industry, here are the Top 5 Cult Directors.

John Waters: Sparing no expense when it comes to camp and vulgarity, this infamous citizen of Baltimore has been both criticized and revered for making movies like nobody else. Along with his regular cast and crew, the Dreamlanders, Jonh Waters has become a staple of the midnight movie circuit with flicks such as; Cry Baby, Pink Flamingos, and his most mainstream film to date, Hairspray.

Ed Wood: The original underground filmmaker who fused science fiction and horror together to create some of the most memorable and madcap movies ever committed to celluloid. With an imagination which often exceeded his budget, Wood struggled during his career to make it in the movie industry. In the years following his passing a new generation of fans discovered his filmography which includes the likes of; Bride of the Monster, Night of the Ghouls, and his masterpiece Plan 9 From Outer Space.

Terry Gilliam: Before Peter Jackson filmed a single frame of JRR Tolkien, the former Monty Python member, Terry Gilliam was giving the world groundbreaking fantasy films that were both visually stunning and thought provoking. Though at times it feels as if the studios want to close their eyes and wish him away, Gilliam continues to give audiences critically masterpieces of the genre. Though many point to Brazil as his finest work to date, few can deny the imaginative masterworks which are; 12 Monkeys, Time Bandits, and the movie that has recently been rediscovered by many The Fisher King.

George Romero: When a new wave of horror filmmakers hit the scene in the 1960’s and 70’s one of the directors who led the charge was George Romero with his horror classic, Night of the Living Dead. This began a whole franchise which would revolutionize the genre and forever change the way that cinema goers saw the undead. His picture, Dawn of the Dead still stands as one of the greatest films of all time. Not content with leaving his imprint on zombies, Romero has ventured into the realm of anthologies with Creepshow and even gave us one of the most underrated vampire films of all time with, Martin. 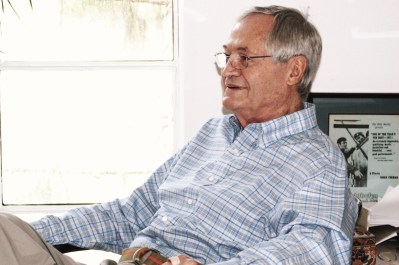 Roger Corman: The godfather of the cult classic scene with a filmography so full of cheesy movies it could fill the biggest sound stage around. Corman’s pictures are filled with; cheaply made monsters, scantily clad women, and people who would go on to become Hollywood heavy hitters like; Robert DeNiro, Ron Howard, James Cameron, and many more. This fit with Corman’s desire to tutor the next generation of filmmakers. Though his movies hold titles like; The Terror, Women in Cages, and Galaxy of Terror; he proved himself a very capable filmmaker with his adaptations of the works of Edgar Allen Poe as well as his serious and contemplative look at race relations in The Intruder.

← Why the Flip is Kevin Smith in My New ‘Lego Batman’ Game?
The ARGUS Files: Part 5 →