Oh bollocks. I only saw this when it was released almost a year ago and didn’t review it at the time. Ok…this is will done by memory.

Plot: A young girl reads an story by a young author (Law) about the history of the Grand Budapest Hotel, a once glorious establishment fallen on hard times. The story was told to him by the elderly owner of the hotel (Abraham) and concerns his time working as bellboy (Amalric) alongside the eccentric Monsieur Gustave H. (Fiennes). 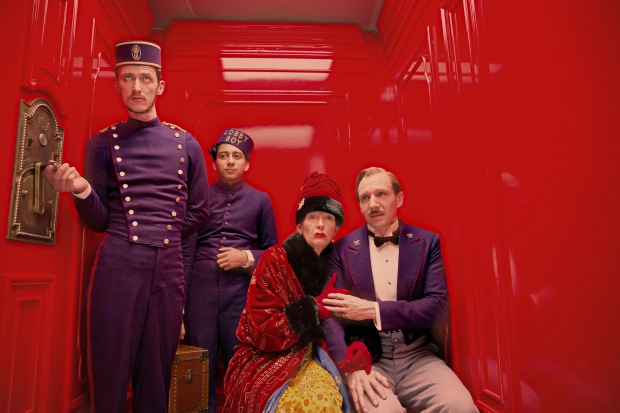 Review: Art, theft, prison breaks, elderly seduction, politics, class and refinement – all of this and more make up the complicated history of the Grand Budapest Hotel. And in a twist that surprises no-one, it’s quite quirky. Wes Anderson has a uniquely distinctive style, making each of his movies quickly identified as part of his catalogue. The Grand Budapest Hotel does not stray from this very particular and unorthodox method of constructing a film but it is his must refined and mature use of the style.

Although it is packed with characters and stories the movie wastes no time in setting up a steady pace. The camera swoops through grand walls and zips from scene to scene with quick cuts intersected with wonderfully composed still frames. It’s easy to find yourself drawn into the story, getting pinned the screen in an attempt to keep up with the rapid fire banter from an impeccably cast Ralph Fiennes. 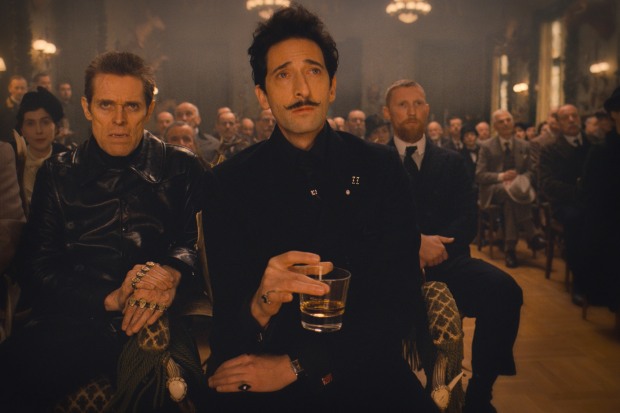 Speaking of the cast, there are so, so many brilliant performers in this movie. Each of them seem perfectly in tune with Anderson’s wry and sardonic sense of humour. Everyone is perfectly on point and although many of them only stay on the screen long enough to call it a cameo their presence adds a great weight to the movie.

Anderson is a very particular and methodical director, much like Kubrick, and he lends a great heart to his films. For this reason I didn’t find The Grand Budapest Hotel as enjoyable as his previous Moonlight Kingdom as it didn’t resonate as strongly on an emotional level. That said it is still one of the best movies from the past year.

Score: NINE out of TEN

Chances of Winning: I’d say that it’s got a very good chance. Anderson has crept from the indie circuit into the mainstream without sacrificing his core values or style. Having been a critical and public favourite for years it’s about time the Academy got on board and recognised this unique auteur instead of the usual period drama or overtly emotional pull on the heartstrings (I’m looking at you Forrest Gump vs Pulp Fiction and The Shawshank Redemption upset of 1994 that I’m still bitter about). Given the widespread success of Budapest this could be Anderson’s year.

Previously: The Theory of Everything    The Intimidation Game