Straight off the bat this seemed like a bad idea. A movie based on Minority Report does have potential as a procedural investigation show, a popular television genre in this era of serialised entertainment, so long as the writers can keep the weekly mysteries interesting. When we learned that the primary focus would be on one of the murder predicting ‘pre-cogs’ trying to fit in to society after the events of the film, well, we didn’t know what to think.

Overall the show was good and we’re going to continue watching it, but that summation needs clarification. Some things work and some things are generic and some silly. In spite of the original setting and premise, and being derived from the works of one of the best science-fiction writers in history, the premise of the show is mind-numbingly generic. One character has an insight into criminal minds (whether it be psychic, a con-artist, autistic, OCD, crime fiction writer, mathematical genius – it all writes the same) and the other is a straight edge cop with a possibly dark backstory. They learn to work together to bring bad guys to justice while the system works against them. They threw in some potential sexual tension to mix things up. The formula we see being trotted out every season is evident here, and there’s room to take this is a different direction. 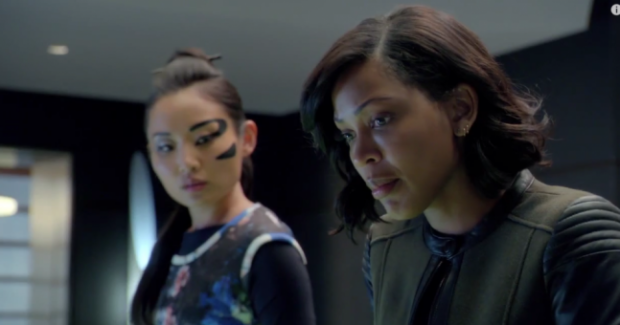 Then there’s the method of murder being used in this pilot episode. I know you want to bring out something original and creative for the first impression but, really? There’s a spoiler here, but a political assassination is attempted using a trained pigeon. That’s kinda dumb. The acting on the whole is also pretty weak. The introduction of our cop character shows her using a virtual reality device to re-enact the crime while investigating the crime scene and they could not have picked a more awkward routine for the actor to go through for their introduction to the viewer.

There is a flip side to all of this. The movie that preceded this show left me disappointed, and the series has already gone a long way to making amends for this. With such a great set-up it felt like the movie wasted the chance to address the ethical issues of arresting people for crimes they hadn’t yet committed, instead focusing on Tom Cruise running in that weird way where his torso has nothing to do with his limbs. The theme of ethics in law and justice get put front and centre in the TV pilot, with some of the prisoners left mentally damaged and some looking for revenge. There are political and personal motivations that stem from this issue, and it’s a welcome addition. 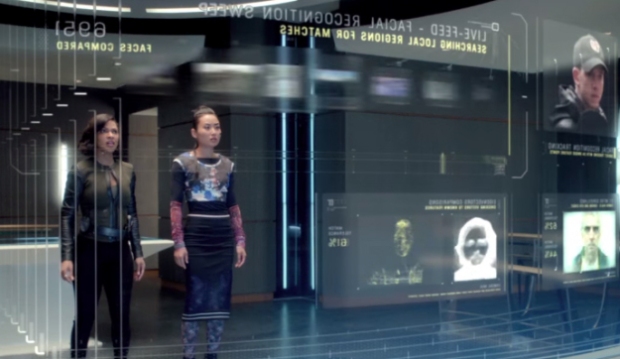 Ever since Minority Report, the image of Cruise flipping images on his VR screen has become the last word in future tech design. It’s what we all wanted. The technology on display in the show is well thought out and interesting to look at. Some designs have been more influenced by the way technology is being used in the modern era, giving it all a sense of realism. Some of the effects work looks better than others, but overall it looks good.

There is good and bad in this new series, but the good outweighs the flaws. There are some small mysterious set up to expand on and we’ll be interested in seeing where it’s going to go from here. Hopefully it delves into more challenging ideas than resting on formula.