Plot: With their community offering them little opportunity and the authorities giving them no room to move a collective of hip hop artists form the group N.W.A. and revolutionise a musical genre.

Review: It shouldn’t come as a surprise that I felt a disconnect from the culture this movie represents. Living in an Australian city we don’t see the issues that surround the Californian communities that has given rise to groups like N.W.A.. It seems unbelievable that people can come under such vicious and continuous harassment from the police without any prompting. Well, it would if we didn’t get images from Ferguson and like turning up on our news. Couples with events like the Rodney King video and subsequent riots, we’re starting to get a grim picture.

We start with Ice Cube, Eazy-E, Dr. Dre, DJ Yella and MC Ren living in poverty in Compton and putting their time into their music, writing lyrics on the bus and mixing music in their living rooms. Forming the group N.W.A. under Eazy-E’s Ruthless Records label they get picked up by manager Jerry Heller and given the chance to perform in front of music producers, opening the doors to fame. They jump at the chance to express themselves and the society they come from and become a massive success. Over time they suffer personal tragedies and their relationships fall apart while enjoying an equal amount of fame and success. Before long they set the path for new acts like Snoop Dogg and Tupac, building a new worldwide musical genre.

Jackson, Jr. is a notable casting choice, playing his real life father Ice Cube. Him, along with the rest of the cast, do a downright amazing job bringing these public figures and larger than life stage personas to life. Each of the main characters (Cube, Dre, E and Heller) can carry the story by themselves, and the dynamic between them helps to blur the line between performance and real life. The scenes of live performances are electric, with director Gray capturing the energy of a crowd witnessing one of the biggest musical acts of the era. As the story unfolds our sympathies shift and change, the film never apologising or glamorising some of the violent behaviours the characters exhibit. It is worth noting that there has been some media attention on aspects of the group’s history not addressed in the film, but we’re just focusing on the experience of this film for the present. 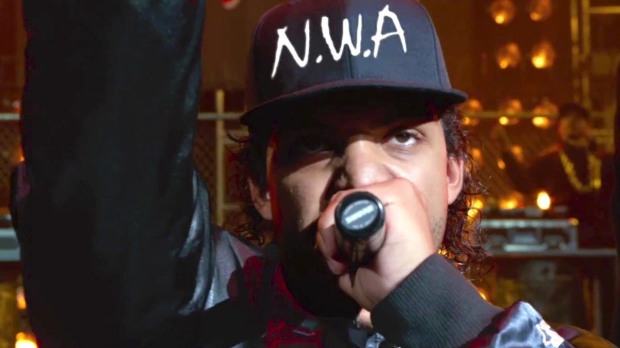 Another of the films great successes is how well they tie the historical context to the story. N.W.A.’s music speaks at length about the way the world views their community and their response to that world view (with the wonderfully subtle track ‘Fuck the Police’ playing a significant part in the story and the basis for the best concert scene), and they put the world spotlight on these issues through an artistic medium. Events like the riots add to the creation of a much bigger picture than the story of a band becoming successful.

Hip hop and rap music has certainly never been my cup of tea (and the use of that expression should explain what kind of character I am), in the past I’ve been downright dismissive of it as a genre. What this film does beyond tell a great story with fantastic performances and style, but gives people like me a new appreciation for what this music represents and what it’s influence has been. This white Australian guy was playing N.W.A. while driving to work in his Prius this morning, and if that isn’t testament to the strength of this film, I don’t know what it is. 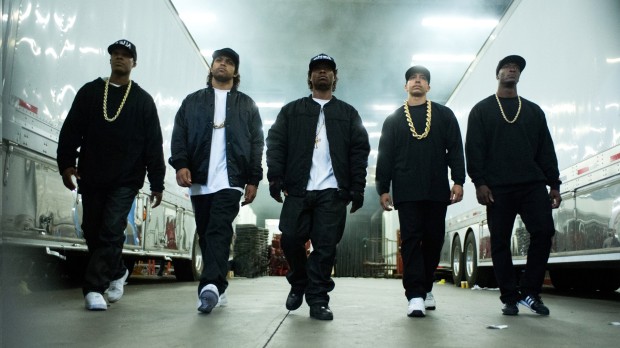