Why Do Star Wars Fans Hate Ewoks So Much?

With Star Wars Episode VII: The Force Awakens mere months away (still doesn’t seem real to me) I can’t help revisiting the original trilogy. If time permits I hope to re-watch the originals just before Episode VII comes out.  Going over the three movies in my head I’ve been pondering one of the great mysteries/complaints of the originals—the Ewoks from Return of the Jedi.  It’s surprising to me to see the unbridled hate that some people have for the furry native creatures of Endor.  Granted they are by no means the best thing about Star Wars, far from it, but I’ve heard people go so far as to say that they hate the Ewoks more than Jar Jar Binks.  Meesa thinka that sooo ridiculous.

Why you hate Ewoks when meeesa take bombad poodo on your childhood?

But the real question is why?  Why do Star Wars fans seem to hate the Ewoks so much?

In researching this article I consistently see five main complaints people have about the Ewoks:

1. George Lucas blatantly pandered to children in Jedi in order to sell toys.

4. The idea that the “uncivilized” society succeeding against a more technologically advanced society was a tired and played out trope.

5. That the Ewoks ruined Return of the Jedi

Let’s examine the validity of these arguments one by one. 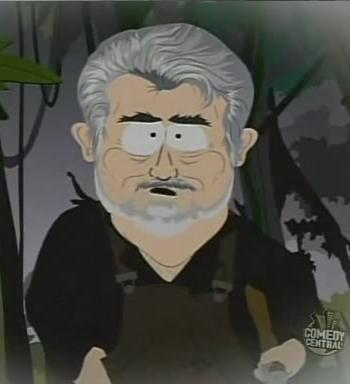 First off we have the idea of Lucas “pandering” to children.  Now far be it from me to say that Lucas is averse to making a buck or two from marketing, but this idea seems ridiculous to the point of absurdity.  The notion that George Lucas specifically included the Ewoks just to sell toys to kids doesn’t hold water when you look at the rating system of the Star Wars films.  With the exception of Revenge of the Sith, the entire saga was rated PG.  The films were already family friendly.  If Lucas was pandering, what demographic exactly was he trying to target?  Two year olds?  Furthermore, Star Wars toys were present going back to the original in 1977.  The implication from the toy argument seems to ignore that the studio had been marketing Star Wars figures for six years.  Speaking as someone who was four years old when Jedi hit the theater, I can promise you I was NOT interested in Ewok action figures.  It was Rancors, X-Wings, and Luke Skywalker figures all day.

Secondly we have the “nub yub” song at the end of Return of the Jedi.  I almost hesitate to include this particular complaint because it has the air of Comicbook Guy from The Simpsons about it.  I mean really?  Is this actually a thing now?  It’s beyond nitpicky.  I find the fact that Lando is wearing Han’s clothes towards the end of The Empire Strikes Back more confounding than a song from teddy bears.  (Seriously what’s up with that?) I actually never once thought, “Man this song is really annoying!” when watching the closing scenes from Episode VI.  The fact that there seem to be more people bothered by this song than the fact that Hayden Christensen replaced David Prowse as a Force ghost is baffling.

Next we have the 1980s made for television movies, Caravan of Courage: An Ewok Adventure and Ewoks: The Battle for Endor.  (Incidentally the second film starred Wilford Brimley of all people).  I’m not going to bother with plot descriptions.  If you’re that interested go check out Wikipedia.  Now I’m not even going to attempt to defend these films.  Granted I loved them at the time but I was seven and eight years old respectively, what the Hell did I know?  Ostensibly both are atrocious although they aren’t “Star Wars Christmas Special” bad.  The subsequent Ewok cartoon didn’t fare much better.  Bottom line though is that as bad as these television movies were, they in no way tarnished the original trilogy.  They were just films that happened to be set in the Star Wars universe.  Even at seven and eight I was able to compartmentalize the two.  Apparently other people couldn’t.  Now did they extend the Ewok angle a little longer than it should have been?  Yeah, probably so.  It’s still not reason enough to incur so much animosity.

Ewoks are the #1 cause of DIE-AH-BEET-EZ on Endor.

The original Star Wars trilogy tackles many wide ranging topics:  father/son dynamics, democracy versus totalitarianism, power, spirituality, and the nature of good and evil.  The prequel trilogy also dealt with these, albeit in a less effective way.  And of course there is the traditional underdog story of a rag-tag bunch of Rebels going up against the might of the Galactic Empire.  Detractors of the Ewoks believe their part exemplifies the worst of that trope.  That it is a tired movie dynamic.  Tired?  Tired?!  Hollywood THRIVES off of the little guy overcoming Goliath.  Rocky, Spartacus, Erin Brockovich—the list goes on.  For God’s sake you could make the argument that Short Circuit falls into that category!  I wholeheartedly disagree with the contention that this is a tired trope.  In point of fact, I would argue that the Ewoks’ actions cut to the heart of the Rebel Alliance as a whole.  The idea being that no matter how high the odds are stacked against you, you can come out on top.

Finally, perhaps the most ludicrous argument of all is the notion that the Ewoks ruined Return of the Jedi.  Wow.  There are so many flaws in that argument, that there’s multiple ways to attack that particular load of Bantha poodoo.  But let’s attack it with the most straightforward counterargument.  From the moment the yellow intro credits roll across the screen to the final celebration on Endor, the positives far outweigh any issues people might have with the Ewoks.  Look at the laundry list—Jabbas’s palace, the Sarlaac, the Rancor fight, the destruction of the Death Star by Lando, the space fight above Endor, and of course the ultimate lightsaber rematch between Luke and Darth Vader.  Oh and don’t forget the classic line, “IT’S A TRAP!”  If you really think twenty minutes in the Ewok village ruined this film, I question your ability to think rationally. 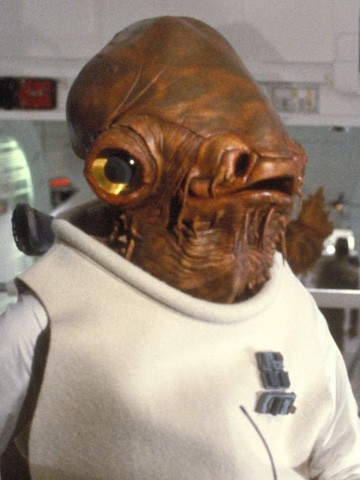 That Ewok hate? You know what it is right?

While I respect the five main complaints people have about Ewoks, I contend they aren’t exceptionally egregious.  Don’t get me wrong, there are plenty of things I can’t stand about various movies that people seem to be okay with, like Jason Priestly’s unfathomable inclusion in the great Western movie Tombstone, but it wasn’t enough to ruin how awesome I think that movie is.  Every point I just made is like a laser strike from Han Solo’s blaster.  It’s a full-frontal gouge to a Tauntaun belly by a Wampa.  It’s an electric shock to a Jawa by R2D2.  You get the idea.

The arguments for Ewok hatred hold up under scrutiny about as well as an ice cube on Tatooine.

16 thoughts on “Why Do Star Wars Fans Hate Ewoks So Much?”