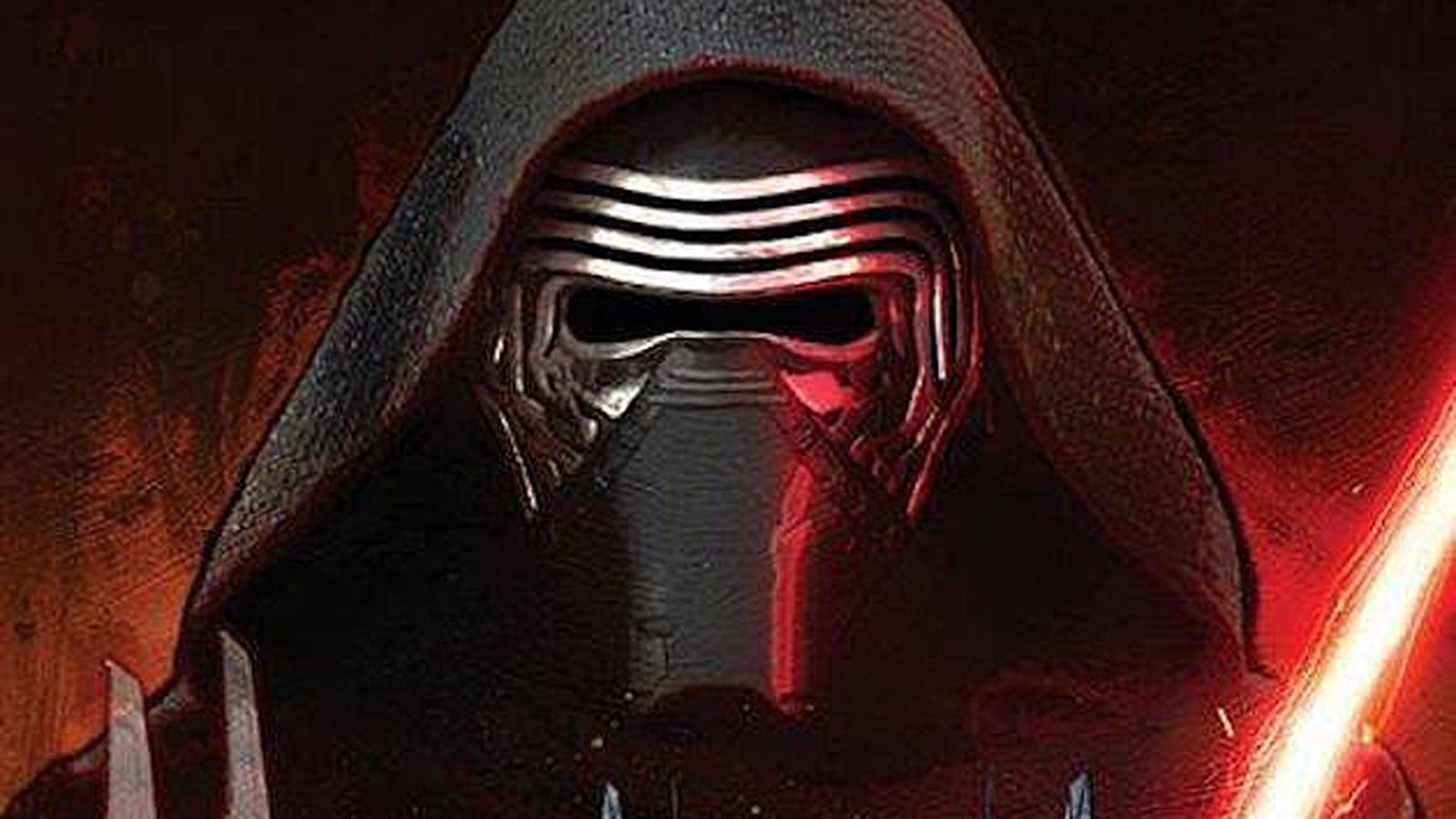 Special shot out to the women on this list. They’re incredible, gorgeous (on another level) and talented (it knows no bounds). They are my favorite actresses (only one missing is Hayley Atwell).

Star Wars is back! That means the return of epic intergalactic space fights, exotic space locales, lightsabers and stormtroopers. All of those returning features are great, but there’s one significant aspect that’s return is the most highly anticipated in my eyes: the Sith. The Sith Lords are some of the most intriguing and deadly villains in cinematic history. With Kylo Ren being, hopefully, the first of many new Sith (Knight of Ren, possibly a new breed of Sith) to come, I’ve compiled a list of actors who could portray new evil Jedi.

Dan Stevens isn’t your typical actor one would look towards to play the bad guy. Stevens was a popular former mainstay on the PBS drama “Downton Abbey” for 3 seasons. He portrayed a kindly lawyer who sweeps one of the royal family members off of her feet. He exuded politeness, attractiveness and sincerity. He was the epitome of the good ol’ well-mannered Englishman. So why am I campaigning for this guy to portray a devilish and maniacal Sith Lord? There’s one significant performance Stevens, along with the other actors and actresses on this list, showcased that was an indication of his ability to play the villain.
Key Performance: The Guest

Shot out to Dan Stevens, one of my new favorite actors.

In the psychological thriller/slasher horror, The Guest, Stevens play a seemingly well to do ex-soldier who arrives unannounced at the house of his deceased army buddy’s family. He informs them that he promised to look after them after his friend’s untimely death during war. Stevens’s character David, is the classic mysterious but enticing stranger. He integrates himself into the family’s life and is a benefit to everyone.  As you know with these types of films, things turn sour really quick. Behind David’s respectful and modest demeanor, is that of a menacing psychopath. He has a crazy ulterior motive. Stevens does a wonderful job portraying the sinister elements of his character, elements he hides behind a deceiving veil of virtuosity. He skillfully depicts how David can switch from good-mannered soldier to creepy and lethal human weapon. What Stevens does with this role is amazing.

Imagine a Sith Lord who can integrate himself into the rebellion; seduce the enemy with his charms. A Sith whose ability to alter his emotions and demeanor on a dime is deadly. Most Sith are just evil in their approach and lack imagination in their threats and schemes. I think Stevens as a Sith Lord, channeling his Guest role, could add a more personal touch in terms of the evil Jedi’s approach to dismantling his enemies.
2. Lea Seydoux

An actress who is a personal favorite of mine, Lea Seydoux is a rising star. She blew audiences away with her ground breaking performance in Blue is the Warmest Colour. I can’t think of one female Sith Lord. If female Sith do appear down the line, the actresses portraying them need to be able to bring something new to the table that differs from the male Sith. Lea Seydoux is a sensual actress whose notable roles have included characters with a deep sexual resonance. That’s something fresh; as aforementioned, I’m looking for the new Sith to be a slight deviation from the ones of old. A Sith with sex appeal creates new opportunities. But, I don’t mean to turn my girl Seydoux into simply the cliché sexy female villain. Seydoux has proven she can be as deadly and sympathetic as she is sensual.

Seydoux is so convincing in her role in Blue. There was something about the subtle minutiae. Seydoux’s quirks and characteristics she poured into the character made you believe that you weren’t watching a character, but a real person. When she was happy, you were happy. When she was unhappy, you were unhappy with her. She played a flawed and complex character whose emotions defined them. Sith and emotions go hand in hand. Her performance is so commanding and compassionate that it’s transcendent. Her ability to become someone else is a welcome attribute for joining the Star Wars universe.

Seydoux’s capacity to incite sympathy is strong. Her liquid and soulful eyes grab you as a viewer. Those eyes in the hands of a Sith Lord will grasp you and never let go. But not only can she provoke empathy, but also fear. Her role in Ghost Protocol, as short as it was, conveyed fear and menace. Her assassin in MI4, was cold, devious and efficient. She was as ominous and forbidding as any male villain. That dubiousness and cold calculation from MI4, would be a superb trait in a Sith Lord. Lea Seydoux: a sensual, deadly and emotive Sith. I’m sure she will be flawless in the upcoming James Bond flick Spectre.

I shouldn’t have to say much about Zhang Ziyi. I’m serious, her filmography speaks for itself. The physicality and grace she brings to her roles is almost unmatched.

ONE OF THE BEST COMIC BOOK FILMS EVER

If you know Marvel, you know Sebastian Stan. As Bucky Barnes aka The Winter Soldier, Stan has cultivated a menacing, brutal, intriguing and sympathetic character. The Winter Soldier, as portrayed by Stan, is literally a Sith Lord without the lightsaber and Force sensitivity. He’s a hired gun with impressive lethal skills who menaces in the name of an evil organization. Like some Sith he is sad and lost. What makes him different is that he often questions his purpose and that he is brainwashed. The sheer physicallity Stan gives the Winter Soldier is astounding. I’m all for a divergence from common Sith attributes, but I do respect the classic traits and still would like to see them present in the new saga.
5. Jessica Chastain

Another actress who is one of my favorites in Hollywood, Chastain is one of the most underrated actors today. She is an Oscar nominated actress whose given countless great performances in films such as The Help, Lawless, Interstellar and Mama. She’s a chameleon of an actress, in my opinion.

Key Performance(s): A Most Violent Year and Zero Dark Thirty

ONE OF THE BEST CRIME DRAMAS IN THE LAST DECADE

In both of these films, Chastain is deeply unwavering and formidable. In A Most Violent Year, Chastain is not a woman to be trifled with. She stands her ground and won’t be moved like the unstoppable force. In Dark Thirty, she has a firm resolve to see the mission get done. It’s as if her characters in both films aren’t capable of failure. Their determination is almost incomprehensible; it’s extremely potent. A great quality in a Sith; a dark Jedi with the determination of an unrelenting hunter. Couple relentless purpose with evil intentions and you’ve got a deadly maniacal Jedi.

A sultry, seductive, and sensually intimidating woman, Eva Green is known as Hollywood’s top femme fatale. Casino Royale, 300: Rise of An Empire, Sin City: A Dame to Kill For; just a few notable films that Green has left her notable mark on.

Vanessa Ives, of Penny Dreadful, is an authoritative, strange and enticing woman. Green gives her a demonic type of sultriness that’s scary but attractive. The sexiness comes easy for Green’s character. However, it’s the tendency to act fiendish that makes the character so interesting. Sith Lords have always been scary but never akin to how a villain in a horror film is terrifying. Green could instill a horror ambiance in her Jedi Lord.  Maybe her Sith Lord is obsessed with the mysticism of the Dark Side; she’s teetering on fanaticism. How fun and frightening would that be?

One of my favorite film characters —EVER!!!

Thanks for the read!!! Always open to critique!

← My Digital Conversion Or How I Learned To Stop Worrying and Love the Downloads
Movie Review: ‘Clouds of Sils Maria’ →