Oh joy, another retro style indie game with ridiculous difficulty and a quirky sense of humour. That’s not unlike a billion other titles on Steam at the moment. But it’s free on the Playstation Network so I’m going to give it a go. Everything starts of expected. There’s retro style pixel graphics and a catchy theme song with over-the-top attitude. There’s quirky humour oozing out of the opening cut scene. Then we get into the tutorial mode and find out about the games time travelling mechanic. 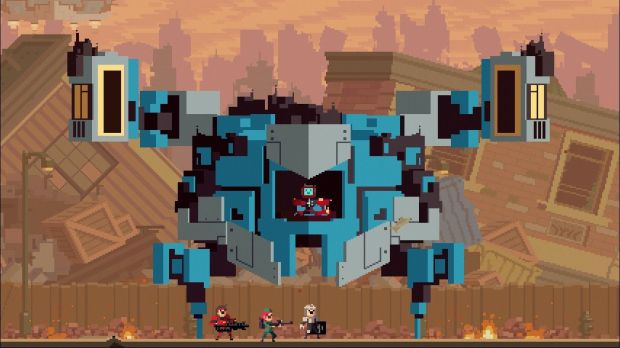 The characters are part of an elite force who travel through time fixing the things that have gone wrong in history, such as the dinosaurs getting wiped out by an asteroid. To achieve this they have to fight their way through bullet-hell platforming stages and at any time they can rewind time to bring in reenforcement’s. Essentially you can play through any part of the level alongside your previous play through with a different, or even the same, character.

You only get a short amount of time to clear each stage so utilising this mechanic is essential, and it’s flexible enough for the player to get creative with it. If you’re facing a boss who has such a ridiculous amount of health that you can’t destroy it in the time frame you can attack it, rewind time and attack it alongside yourself and then repeat a dozen times until you’re fighting alongside 12 other versions of yourself. With a huge amount of characters to unlock, each with their own set of weapons and attacks, you can work your way past an obstacle using a combination of different attacks at the same time. 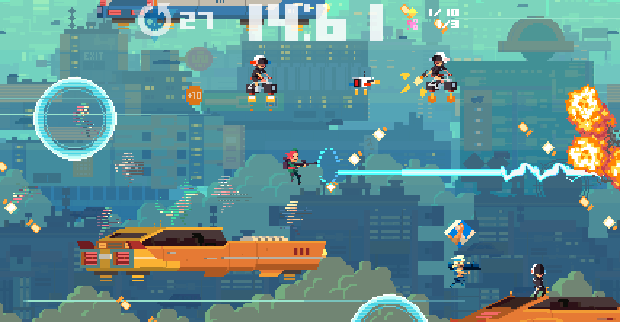 It’s insanely satisfying when you get to the end of a level and you get a replay of the level with all your characters and time looped attempts going at once. Over all it’s a satisfying game that is a bundle more fun than most of the retro-style indie games out there. Worth checking out. 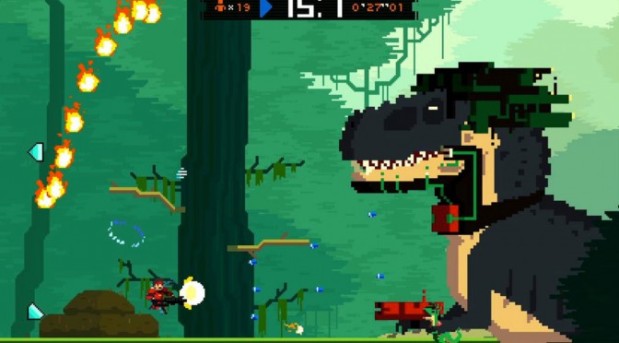