10 More Historical Ladies Who Deserve Their Own Movie

A couple years back I wrote an article about 10 wonderful and accomplished ladies from history who should have their own film. Now I bring you 10 more! Special thanks to some of our commentators for their suggestions!

Melisendre was Queen of Jerusalem in the 12th century. Melisendre’s life was filled with politics and court intrigue. Despite it being uncommon for a woman to have much power in her region at that time, records show her acting as ruler in most ways. She was also a patronage of the Church and the arts and was active in the Second Crusades.

Who Should Play Her: Margarita Levieva who has yet to have a break-out role but deserves one.

Amina was a Hausa Muslim Warrior Queen who lived sometime in the 15th or 16th century. There is still confusion to how much of her story is myth and how much is true, but she is known for ruling the land of Zazzau, in modern-day Nigeria. She is credited with being the first to establish government among her people and making her kingdom the center of trade. She was said to be a fierce warrior who refused to marry and give up power.

Who Should Play Her: Nikki Amuka-Bird was fantastic in role of DCI Erin Gray on Luther and I think she could bring something great to the role.

Sybil Ludington was America’s female version of Paul Revere. Except she rode twice as far and was half his age. In order to warn her countrymen about an impending British attack, she rode for almost an entire day, covering 40 miles and fighting off an attack along the way. Luddington was so revered that she was honored by George Washington himself.

Who Should Play Her: Elle Fanning is one of the most talented young actresses working today and she’s an expert equestrian to boot. She could be a strong actress who does her own horse riding!

Nakano Takeko was a Aizu warrior from the 19th century. She was the leader of the Woman’s Army in the Japanese Battle of Aizu. She is known for being one of the fiercest and highly trained female warriors in Japanese history.

Who Should Play Her: Tao Okamoto is a talented Japanese actress who has been breaking onto the scene with roles in The Wolverine and Batman vs Superman: Dawn of Justice.

Grace O’Malley is one of the most famous female pirates of all time. This chieftain of the Ó Máille clan in the west of Ireland was known for being both highly educated and highly formidable in the 16th century. She was a savvy businesswoman whose numerous exploits and sea battles caught the attention of Queen Elizabeth.

Who Should Play Her: Kerry Condon is an accomplished Irish actress who showed off her acting chops on shows like Rome and Better Call Saul. 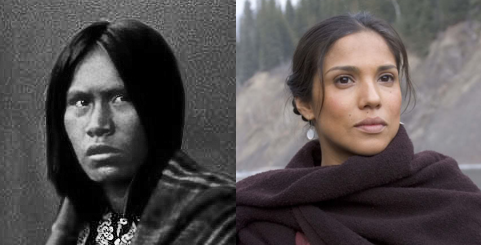 Lozen was a was a skilled warrior and a prophetess of the Chihenne Chiricahua Apache in the 19th century. She was said to have used her powers in battle alongside her brother the chief. She fought against the Americans who had taken away the homes and livelihood of her people.

Who Should Play Her: Tonantzín Carmelo absolutely blew me away as Thunder Heart Woman in the mini-series Into the West. She is incredibly talented, beautiful and strong-willed and needs more audience members to see that. 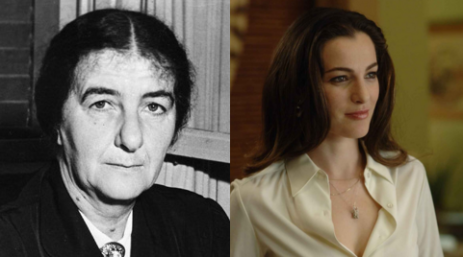 Golda Meir was the fourth Prime Minister of Israel (1969 to 1974) and known as the “Iron Lady.” She’s known for being strong-willed, straight-talking, and a caring and compassionate leader. Before her role ad Prime Minister Golda managed to raise $50,000,000 for her new nation as well as attended a secret meeting with the King of Jordan. She was a truly accomplished woman who led an exciting life.

Who Should Play Her:  Ayelet Zurer should be perfect in a film about Golda’s exploits before she became Prime Minister. She is known for her roles in Man of Steel and Daredevil.

Virginia Hall is known as the most dangerous of all Allied spies during World War II. She worked with British and American agencies, including the CIA and went by many different aliases. She continued working as an intelligence analyst after the war.

Who Should Play Her: Ginnifer Goodwin is an incredibly talented American actress who could break out of her Snow White role a little for this one.

Lady Trieu is known as the “Vietnamese Joan of Arc.” At the age of 20 she organized a revolt against cruel overlords. She is said to have worn yellow and ride an elephant into battle. She was known for being beautiful, brave and loyal.

Who Should Play Her: Lana Condor is a young Vietnamese actress who will be in the upcoming X-Men: Apocalypse. She’s just the right age to play Lady Trieu and new enough to bring freshness to the big screen.

When you think of DNA you think of Watson and Crick but you should also think of Rosalind Franklin. The British chemist had just as much to do with the discovery of DNA as those two yet she is often overlooked. She was a brilliant scientist who broke gender norms of the time.

Who Should Play Her: Rachel Weisz is an extremely talented British actress who looks like Rosalind and can act any role to perfection.

Have any ideas on who I should feature in the next installment? Feel free to leave them in a comment below!