Should Rob Liefeld Get Full Credit on Creating Deadpool?

One of the most contentious arguments in comic books since their inception is creator ownership. The big shops, like DC and Marvel, own the characters they publish regardless of who created them leading to plenty of writer and artist dissatisfaction and the emergence of the indie market, Image comics and plenty of lawsuits. Feeding this imbalance is the argument about who exactly creates some characters. Is it the first person who writes them, or the first person to draw them? Sometimes this is straightforward, but sometimes it isn’t black and white. And sometimes people can be the very personification of a bag of dicks. 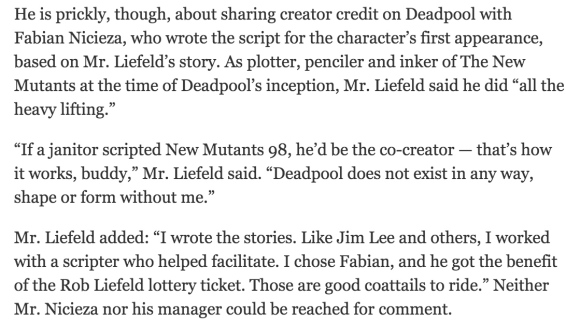 From the New York Times.

That’s Rob Liefeld, celebrity comic artist at Marvel during the 1990s. He has a very vocal band of detractors because much of his artwork looks as though everyone suffers a muscular and skeletal growth defects. He became known for injecting grit into the X-Men comics, introducing a range of new characters, not being able to draw feet and giving everyone pouches. Even if you’re not that familiar with different comic artist styles, you may have seen this image doing the rounds a few years ago: 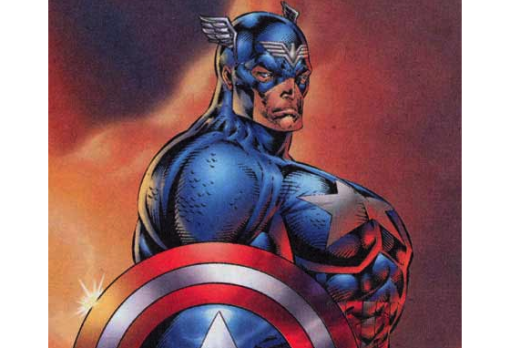 This article isn’t about his particular style of art. That’s been done and done again. Nor is it about his prickly demeanor, as demonstrated above (regardless of his position he really did say that in the douchiest way possible). This is about his claim that is the sole creator of Deadpool and whether that claim holds water.

Rob Liefeld concocted the character of Deadpool for his debut in 1991 (in ‘New Mutants’ #98). He came up with the design for the character and his basic ability set. That might sound like an open and shut case, but Liefeld has an interesting approach to ‘creating’ new characters. To give you an example of what I’m talking about, here’s the Chris Claremont and Bob Mcleod X-Men character Wolfsbane:

So originality was not high on the list of Liefeld’s skills. Most of his original creations were reworkings of existing characters. In particular he seemed determined to cash in on the popularity of Wolverine by creating fast healing super tough characters who, for some reason, always carried swords and acted ‘edgy’ in a very early 90s way. That’s why we ended up with Shatterstar…

…who looked like pre-existing character Longshot, could heal, was super tough and had swords and, of course, Deadpool… 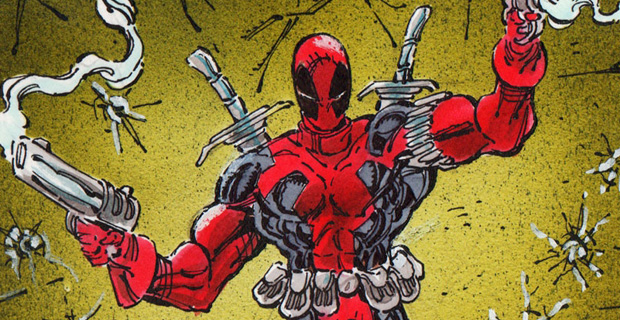 …who looked like pre-existing character Spider-Man, could heal, was super tough and had swords.

That Spider-Man thing isn’t a coincidence. Liefeld stated that he liked the ‘simplicity’ of Spider-Man’s design and sought to capture the same aesthetic. By that we mean he drew the exact same thing with back eyes instead of white and pouches. Then Deadpool got kitted out with swords, guns, super agility and a tough-guy attitude. When writer Fabian Nicieza was chosen to write the debut story he noted that Deadpool was essentially Deathstroke, also known as Slade Wilson, from ‘Teen Titans’. Liefeld announced Deadpool’s real name was ‘Wade Wilson’ and the character was a parody of Deathstroke. Obviously Liefeld does not understand what the word ‘parody’ means. 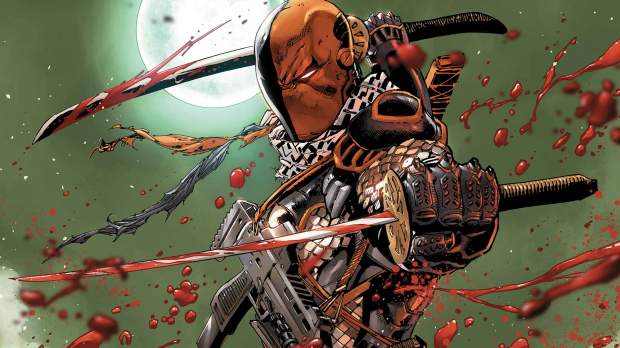 In spite of Liefeld’s claim that he is solely responsible for the characters creation, Nicieza brought to the table one of the characters first distinguishing characteristics – his motor mouth. His speech patterns, particularly his tendency of babbling non-stop during combat, can likely be accredited to Nicieza. Aside from that the character was another tough talking, super tough gun and sword guy like everyone else Liefeld created. Does this sound anything like the character we saw in cinemas this week? No.

Where did the current version of the character come from? Not Liefeld.

After a couple of appearances through X-Men and Avengers comics Deadpool was given a solo run in 1997. This book was initially written and drawn by Joe Kelly and Ed McGuinness, and this was where the cult character started to emerge. Deadpool started acting goofier and dropping pop culture references. He started acting unpredictably with darkly violent repercussions. His costume took on a more distinctive look. He grew a love of Mexican food. Most importantly, he started talking to the audience. Breaking the fourth wall was what separated Deadpool from the herd and shaped the style of humour that would, in turn, define the character. Kelly and McGuinness didn’t create the character but they took something that was good and made it special. 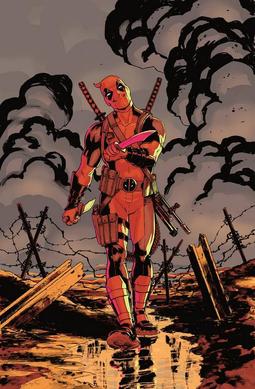 When people think of Deadpool it’s these qualities they think off. When he gets a video game he jokes to the player about video game cliches. In Marvel vs Capcom 3 his ultimate move snaps off the health meter and uses it as a weapon. When the new movie went into development everyone wanted to see him breaking the fourth wall and acting like a lunatic. It’s what the character is. And it’s well removed from the character that Liefeld turned out.

All of this sounds a hell of a lot like Bob Kane’s claim that he created Batman. Yes, he came up with a character called ‘The Bat-Man’ who was a vigilante crime fighter, but Bill Finger gave him the classic suit, the gadgets, Robin as a sidekick, the dark tone, Commissioner Gordon as an ally, the Batmobile and the Joker as a nemesis. In other words, if Bill Finger hadn’t gotten involved the character would be long forgotten. If someone else hadn’t picked up and redefined Liefeld’s creation he would’ve been left in the 90s along with Adam X the X-Treme.

What is it with the 90s and swords?

So in conclusion, is Rob Liefeld the sole creator of Deadpool. In the opinion of this faceless blogger, no. Without Nicieza the character would not have been given a distinct voice in his debut and Liefeld is a dickweed for not giving him some acknowledgement. Even if you do want to take up the argument that Liefeld is the sole creator of the character he has little to do with the evolution of the character into the smash hit he has become. When you go and see the super fun movie currently in cinemas, just remember that it would’ve been a gritty, generic adventure film if Liefeld was the ‘sole’ creator. To sum it up: please shut the fudge up, Liefeld. Your giving comic artists a bad name. 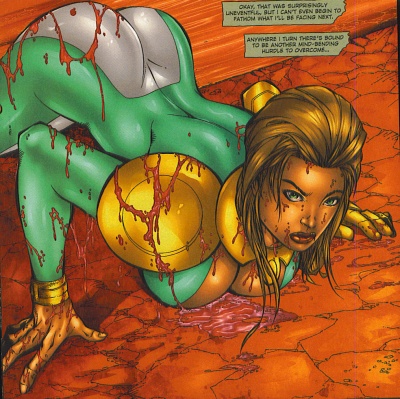 3 thoughts on “Should Rob Liefeld Get Full Credit on Creating Deadpool?”