SUPERHOTSUPERHOTSUPE…sorry, that’s kind of required. This one landed on our radar about two years ago when a free browser demo appeared online. We were instantly taken in by the mechanic for this FPS – time only moves when you do. If you stop walking and look around you can see your enemies frozen mid-step, their bullets slowly gliding through the air giving you time to work out your next move. It was fun but with limited content it was little more than a fun diversion. 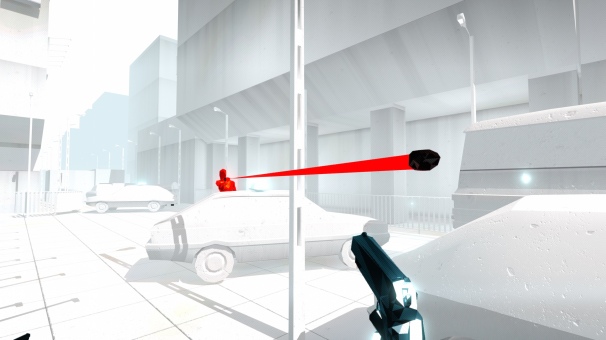 Now the full version of the game has appeared on Steam for a reasonable price, so we checked it out. The basic time freeze mechanic is still there and largely untouched. At a later point of the game you unlocked Hotswitching, the ability to hop into another’s body. This destroys the weapon they were carrying, requiring some clever moves like throwing an object into their face so they drop their gun, then hopping across and grabbing their weapon out of the air. Melee weapons have also been introduced, with swords being especially fun.

Presentation remains as minimalist as before, with stark white environments populated by faceless red antagonists. There are good details and dressing around the place and the appearance makes it unique. Sound effects add a lot of the experience, dragging out and speeding up as per the characters movement. 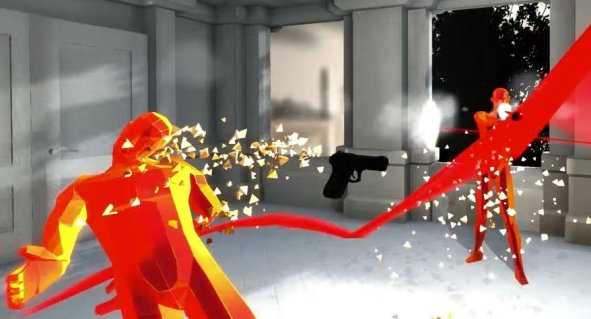 What the full game really adds to the experience is the story. You begin on a computer getting messages from a friend (being able to hit any key to add your pre-set dialogue is fun, you can pretend you’re typing quickly), and they send you the Superhot game. You play as a character playing it on a VR headset, getting drawn further into the mystery of Superhot. We won’t say too much, because we’re still getting our heads around, but it’s surreal, engaging and breaks the fourth wall in an interesting way.

If you want a game with artistic merit and some fresh ideas, this will be worth your time. 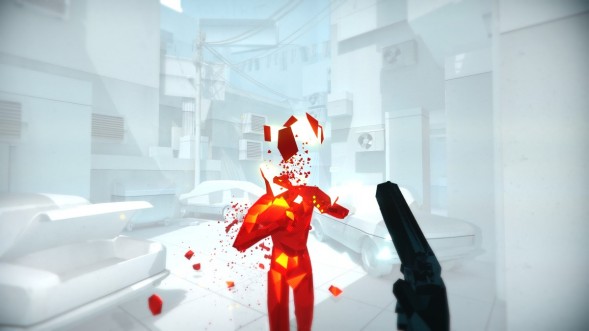