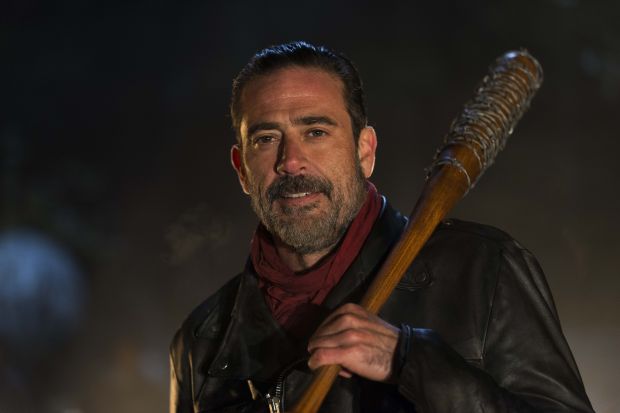 The Walking Dead television show walks a fine line between the stories it presents and the actual source material it draws on.  By necessity adaptations to the small screen or the big screen often involve changes, sometimes drastic ones.  It’s two different mediums and what works on paper doesn’t necessarily translate well.  (Anyone who has read the novels The Da Vinci Code and Angels & Demons and seen their subsequent movie adaptations knows what I’m talking about.)  Walking Dead has seen its fair share of changes over the years, everything from Lori’s death to the current romantic relationship between Michonne and Rick.  Hell, Darryl isn’t even in the comics and he’s arguably the most popular character on the show.

I’ve found that the episodes of The Walking Dead that tend to have the most impact are the ones Robert Kirkman (the comic’s creator) adapts, such as “Strangers” and “What Lies Ahead.”  However, Scott Gimple has written several excellent episodes as well.  This includes the season six finale, “Last Day on Earth.”

“Last Day on Earth” was hands down one of the best episodes of the series so far.  Rather then being a jump scare episode, which the television show occasionally resorts to, this was more of a slow burn.  While the Carol and Morgan interaction storyline was brilliant (the two characters evolved dramatically over the course of the season) the real meat and potatoes of the episode came down to the exploits of Rick and his friends.  Director Greg Nicotero raises the stakes with each subsequent scene as Rick finds all of his attempts to get Maggie medical attention thwarted by the Saviors’ roadblocks.  The layers of tension slowly tighten like a malicious noose that culminates in the reveal of the Saviors’ leader Negan, played perfectly by Jeffery Dean Morgan.  “Last Day on Earth” was seemingly the perfect cap to a great season.

Then it all went to shit in the last 60 seconds.

One of the key moments the creators of The Walking Dead kept from the comics for the Negan reveal was Negan’s violent murder of one of Rick’s group with Lucille, the baseball bat he adorns with barbed wire.  In the comics  that person is impending father Glenn. However, rather than show Negan beat Glenn mercilessly, the show creators decided to show the beating from the perspective of the character being beaten.  This choice wasn’t innovative, or risque, or a curveball. 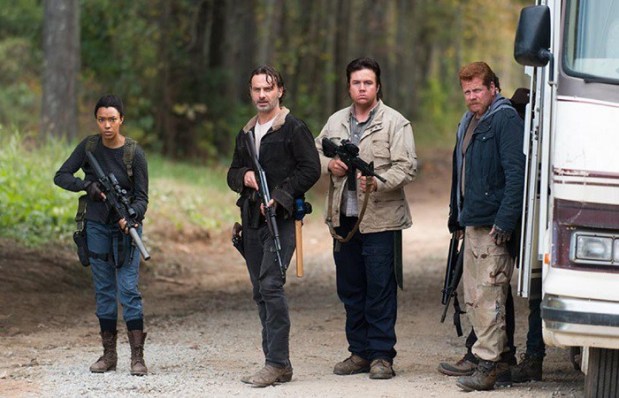 It was cowardice pure and simple.

Audiences members who have access to the Internet have known about the introduction of Negan for months now.  In fact I’d hazard to guess that the majority of those people also knew that the death of Glenn at the hands of Lucille was coming.  Followers of the comics certainly knew this.  Or at least we thought we did.  In reality what we got was the biggest case of blueballs in recent television memory.

Not surprisingly, there’s been plenty of backlash regarding the decision not to reveal the actual character who’s killed by Negan until season seven.  Scott Gimple anticipated this and told EW:

The reasoning behind this was…in many ways what we saw last night was the end of the story of [episode] 16. Where Rick winds up is completely different from where he started in 1 and where he started in 9. I know obviously what it is in 701. And presenting what occurs, to show what happened in full-force, is the beginning of the next story. I do think we’ve done enough on the show and we’ve delivered a story that people have enjoyed and I guess asking people to give us the benefit of the doubt that it is all part of a plan and is all part of a story. And I truly hope that people see 701 and they feel that it justifies the way we decided to tell the story. That is the way that it is in our minds. I know what 701 is and I feel that it delivers on what 616 sets up.

While I respect Gimple’s choice (it’s his baby after all) and I grasp the logic, I call bullshit on this one.  You can call it what you want but let’s call this what it really is:  procrastination.  Glenn has been a staple of The Walking Dead since season one and while he’s not my favorite character, he’s definitely grown on me.  Glenn is obviously a fan favorite, as the reactions when Glenn “died” earlier in the season were harsh.  Call me crazy but I think the reaction of fans had something to do with the showrunners’ decision not to reveal the character Negan killed.

The showrunners are hedging their bets here my friends.  By not killing Glenn in the season finale, it gives them the opportunity to put off the identity of Negan’s victim.  This worries me because there is the very real possibility that Glenn may not be the character they ultimately kill off.  This could have a dramatic impact on season seven and subsequent seasons, which may or may not be to the good.  Killing Glenn would have set the table for a major tonal shift next season.  Glenn is arguably the conscience of Rick’s group.  Without him, what becomes of the group? 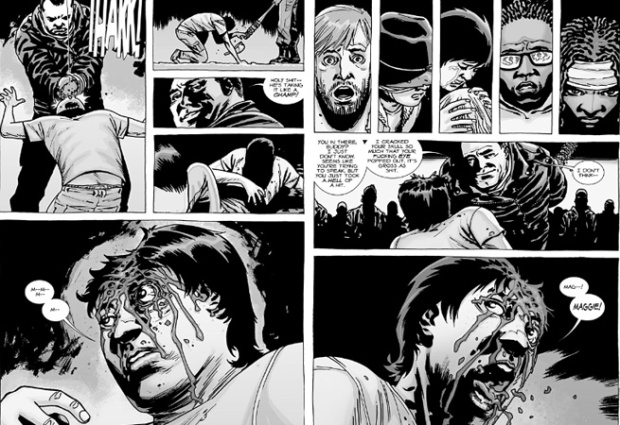 However, if The Walking Dead kills Glenn in the premier of season seven, which I hope they do, then what was the point of leaving us with that cliffhanger?  What purpose does delaying the reveal of Glenn’s death serve?  I don’t buy the whole  “starting the season on a fresh note, or the “this was the chapter we had to start with” rhetoric.

The alternative may be worse however.  If The Walking Dead  doesn’t kill off Glenn, who do they kill?  Daryl? Michonne? Abraham?  My guess is that person would be Aaron.  While interesting when he’s on-screen, Aaron’s an extremely two-dimensional character whose character arc has gone nowhere. It would be easy to kill him off.

And therein lies the problem.

Aaron is a safe victim, one that audiences would quickly get over being killed off.  There’s no real horror or devastation there.  There’s no possible catharsis later on down the road.  Not to belittle Aaron but his murder would be less than worthless, at least as far as the plot is concerned.  If The Walking Dead creators make this choice it’s not like I’m going to stop watching the show.  I’m six seasons in and too fully invested in the show to give up now. (If I didn’t give up on Game of Thrones after episode nine of season one, I’m certainly not going to give up on The Walking Dead.)

It’s my firm hope that the showrunners do the right thing and kill off Glenn in the season seven premiere.  It not only will respect the spirit of the comics, but it will raise the stakes for Rick and his group even more.

Anything less than that is a disservice and a slap in the face to fans of the show. 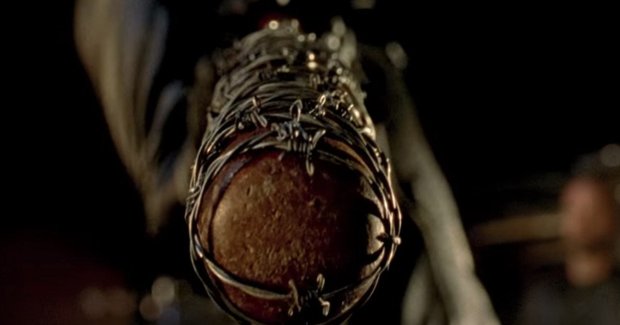