Right in the midst of the Star Wars revival the franchise as lost one of its original cast members, Kenny Baker. Best known for his faceless and undoubtably uncomfortable role of R2-D2, Baker had a long standing career as an entertainer, a life that seemed to find him rather than something he sought after.

Having been born in Birmingham in 1934, Kenneth Baker was planning on following his father’s path and working as an engraver, but didn’t meet the requirements for the job. Instead he was approached on the street by a lady who managed a performing troupe of midgets and dwarfs. This invitation opened the world of show business, and Baker joined the circus and put together a stand-up comedy routine. He was a 20 year veteran of performing when George Lucas came looking for a performer to play R2-D2 in the upcoming Star Wars. From there he went on to play the character in another six films in the series and act as a consultant for the character in Star Wars VII: The Force Awakens in addition to taking on the role in other appearances such as on The Muppets.

Baker also appeared in Star Wars: Return of the Jedi as an ewok who steals a stormtrooper speeder-bike (he was to play Wicket, but illness prevented it). He also appeared in other geek favourite films like Labyrinth, Flash Gordon, Willow and Time Bandits.

Ok, this is a straight forward choice. R2-D2 is a beloved figure, one of the most identifiable and iconic figures in the biggest cinematic franchise ever created. He’s been recreated in endless merchandise options, being collected for fans of all ages. It can’t have been a fun to play the part, some days would essentially involve being inside a tin can in the middle of the desert. We all love R2-D2. 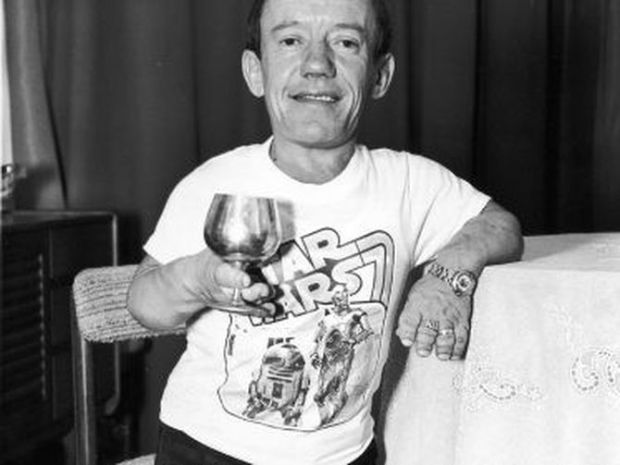