As you have no doubt heard this morning saw the passing of film comedian Gene Wilder due to complications related to Alzheimer’s disease. Wilder had kept his diagnosis private so as to not tarnish a child’s view of the characters he was best known for.

Gene Wilder was born Jerome Silberman in 1933, the son of a novelty salesman. Having become interested in acting at an early age he began formal study at the age of 13. In spite of being the victim of bullying due to his Jewish heritage Wilder pursued this hobby and made his stage debut in a production of ‘Romeo and Juliet’ at 15. Over the next few years Wilder trained in fencing, was drafted in the army where he served as a paramedic and continued to build his acting resume.

After making a debut on television with the Armstrong Circle Theatre in 1962. His first film role was as hapless hostage Eugene Grizzard in Bonnie & Clyde in 1967. Before this role Wilder starred in a production of ‘Mother Courage and Her Children’ alongside Anne Bancroft, who introduced Wilder to her boyfriend Mel Brooks. Recognising Wilder’s talent, Brooks made Wilder promise that he wouldn’t take any long term committments before appearing in his project, then titled ‘Springtime for Hitler’.

Working with Brooks in ‘Young Frankenstein’

This eventually turned into The Producers in 1968, Wilder’s first lead role in film. He quickly started picking up more film work, including the title role in Willy Wonka & the Chocolate Factory. From here on Wilder built a highly successful comedy career that included further collaborations with Mel Brooks – Blazing Saddles and Young Frankenstein – as well as Woody Allen and Richard Pryor. Wilder continued to make small appearances and in TV and cinema until 2015. In addition Wilder had several books published, including his personal memoir ‘Kiss Me Like a Stranger’.

For people in my generation, who mostly grew up after his best works with Brooks (those would be discovered later), there really is one stand out role. We all got to see Willy Wonka and the Chocolate Factory as children, and we all loved the larger than life, whimsical chocolate creator Willy Wonka. As we grew older we enjoyed his performance all the more, appreciating his patient delivery and dry sarcasm. It’s a role that is instantly recognisable and beloved by all. 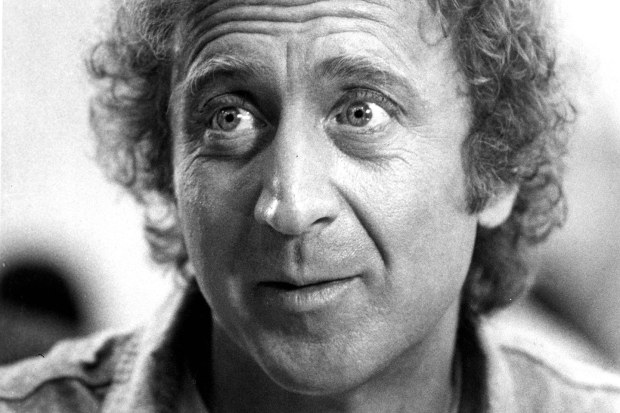