10 Times Gamers Got Burned By Pre-Orders

Yesterday I found myself in the local outlet of that massive games retailer (you know the one) exchanging the new Lego Dimension’s ‘Harry Potter’ Team Pack. We’d bought it the previous day but the electronic tag for Harry wasn’t working. I was content tearing it up as Voldemort, but the kids were disappointed. So we took it back and even though it was bought at a different location they held the last copy on the shelf for us and without checking the fault they made the exchange no problem. Top notch customer service.

“Would you like to pre-order the next sets being released before Christmas?”

Sweet Jesus on buttered toast, no. Pre-ordering is the second biggest scam run by games retailers, having us cough up for unreleased, unreviewed products. Gamers buy into it in droves and the number of pre-orders made become a selling point…even though it means literally nothing. Why do people pre-order? A few reasons…the hype, the Fear Of Missing Out, the ‘bonuses’ or maybe just to say they were into it first.

Zero Punctuation sums it up nicely.

Online discussion has started turning against this trend, so let’s count down the ten biggest instances of gamers being burned by their pre-orders. Starting at number 10…

Fuck that, you know what number 1 is going to be. Let’s start there.

The game that has started the backswing against pre-orders. I have a colleague who spent so much time hyping up this release they booked days off work so they could play a marathon session on day one. They called the store to complain when the released got delayed (for some reason) before adversely defending the delay online. Following the amazing trailers and unbelievable (literally unbelievable, as it turned out) claims made by the developers gamers were intrigued…intrigued to the point that they put their money down before a single person had played the game and reported on the quality.

Perhaps if everyone had waited for the game to come out, seen it in action for themselves and read some user reviews they’d have known that the developers straight up lied about features of the game. Check out this comprehensive list of features gamers were promised and did not feature in the game. Developers Hello Games have unsurprisingly gone quiet. Kinda like a child who has been caught in a lie and are avoiding confronting it.

Perhaps the legacy of No Man’s Sky is being the game that broke the public’s trust. In that case: good. Now back to the beginning of the list.

This hotly anticipated title was the follow-up to one of the best fighting games we’d ever seen. It sold millions of copies and garnered great reviews. On the whole it was a well received success. And then…only two or three months later this was announced:

Ultimate Marvel VS Capcom 3?! ULTIMATE Marvel VS Capcom 3?! What the hell people, I JUST bought Marvel VS Capcom 3 and you’re ALREADY releasing a better version? Apparently the initial game development was disrupted by the 2011 Japanese earthquake and tsunami, which makes it understandable that some characters and fine tuning had to be cut short. But releasing the updated version as a solo title at a cheaper prices definitely made people who rushed out to buy the original version feel more than a little ripped off. Is there something wrong with a DLC update?

This one may have been higher on the list if it wasn’t mostly gamers own fault. Pre-orders went through the roof when the trailer for the game was premiered at E3. Didn’t see it? Add to the 15million plus views here:

That is a work of art. It’s the pinnacle of zombie game marketing. It’s seriously good, but eagle eyed gamers may have noticed there is absolutely 100% NO FOOTAGE OF THE GAME. And yet people rushed out to throw money at it, based on literally nothing. When it came out people were disappointed to find the game shallow, simple, repetitive, glitchy and dull. The zombies in a paradise setting gave it a bit of flavour but it soon gave way to grey cities and hours upon hours of trudging through sewers like every other zombie game ever. It sold enough to warrant two spin-offs and a sequel, again being promoted with a short movie rather than a trailer. At least they didn’t try to sell it using a bikini babe with her head and limbs torn off. Oh, wait. 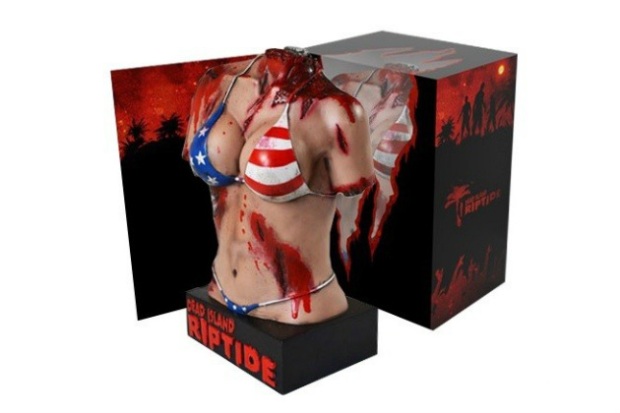 Why would anyone want this?

Like No Man’s Sky this is a game sold on lies. The footage used to promote the game up until release was from a game build that in no way resembled the final product. The major difference was that it looked good while what they released was garbage. This came at the end of long development cycle where the original game got cancelled, the rights picked up by Sega who got Gearbox working on development. Gearbox secretly diverted resources away from the game and into Borderlands while still collecting from Sega, a scam revealed by a whistleblower. Ultimately Sega became a target of a class action lawsuit for misleading consumers, costing them $1.25 million. It was such a disappointment that players were wary of buying Alien: Isolation three years later.

At least we got this slice of fried gold out of the mess:

Like Marvel VS Capcom this was a highly anticipated return to a major franchise. Even a bitter Star Wars hater like me loved Battlefront 2 and added this new entry to my wishlist. The game footage looked amazing and when it came out…it totally was amazing! Visuals and audio was of the highest possible standard, almost like footage of a Star Wars movie itself. Fun to play, amazing to look at…what’s the problem?

It’s as substantial as a dry fart. Buy the shining disc from your local retailing and stagger in amazement at the meagre 3 maps and 6 heroes and no single player worth mentioning. Repetition and boredom settled in fast. Of course if you cough up for the season pass you’re promised another 16 maps and 8 heroes. That’s right…if you paid full price for a pre-ordered copy you only got about 20% of the content and would have to pay almost that full amount again for the rest. That’s a straight up scam. The price of the base game has dropped substantially, but the added DLC still puts the full experience well above the average pricing for a new release. That’s not even counting the credits and upgrades that can be bought.

Launch titles are important, as it’s not the specs but the games that sell a new system. One of the big selling points for X-Box One was the latest in the bestselling, crowd pleasing racing franchise. The game looked great, really showcased the XBone’s potential. Top of the line graphics and great trailers. Enough for a motorsport enthusiast to get on the waiting list, pre-ordering not just the game but an entire new, unproven console to play it on. Like Battlefront though gamers quickly discovered a lack of content in the initial release. Critics noted that the series had shed some 300 cars, 20 locations and countless tracks from Forza Motorsport 4, giving the game very little in the way of variation. What it did have in the place of countless amounts of microtransactions and DLC. Seriously, why did we let this become the norm?

Why is it the longer a game takes to come and the more convoluted the development process the hype surrounding it increases rather than dies out? Duke Nukem 3D is about to celebrate it’s 20th anniversary – the sequel only came out a few years ago and was somehow still highly anticipated and made a bundle in pre-orders and day one sales. Annnnnnd it was bunk. A last minute effort that couldn’t decide if it was a parody or celebration of a bygone era. The writing was on the wall. After the bankruptcies, the rebuilding of the engines, the complete lack of direction and eventually it being handed over to another publisher people treated this release like the return of a conquering hero instead of a malformed, bearded exiled dictator crawling out of the bunker he’s been hiding in for eight years.

So yeah…maybe you should cancel those pre-orders on The Last Guardian and Shenmue III and wait to see if they’re worth the time and money first.

So let’s say you do pre-order a game. It comes out when expected AND it’s as good as you hoped. Super! Except…you can’t play it. Not that there’s something wrong with it, it’s that the developers and publishers didn’t provide enough server space to accommodate the day one players. Why would they? The number of players online is going to peak in those early days, no point buying the servers if they’re only being used for a week. Not that they’re in the right, forcing all players to be online whether they want to our not is the problem. The internet got up in arms because they wanted to play the game straight away and couldn’t. Of course, you don’t need to have the game right away, you could wait for reviews before paying.

But seriously, fuck that always-connected nonsense. If they pay for the game they should play the game.

This one is like the culmination of all the problems listed above in one title. We had pre-release ‘footage’ that turned out to be falsely representative of the final product and it was heavily tied in the release of a new console generation. The E3 trailer not only sold the game, it helped drum up interest in the new consoles about to become available. It’s a title that was used to sell expensive machines and it was a lie. Not only that, but they offered a dozen different pre-order versions each with different content, meaning those who wanted all parts of the game created for players you’d have to cough up for different versions and a whack of DLC.

And it all sold without anyone having played it or reviewed it or, as we found out, without seeing real, unaltered footage of the game. I’m glad my local store as a 7 day returns policy because that game went right back to the shelf.

This one gets the top spot because it’s a personal gripe. As a console player I had no problems with how the game ran on release, and enjoyed it thoroughly. It was also the only franchise I routinely pre-ordered games from. My rule was that I would only pre-order games with physical bonuses, not digital, because it’s something that will last and can be resold. Like the nifty statue of Ezio we picked up with Assassin’s Creed 2 that sold on eBay for the full retail price of the game. I kept the items from the previous Arkham games because they’re damn cool and I love Batman stuff. So I put down money for this big-ass set:

Then a couple of weeks before release they cancelled the set. Report to your retailer for a refund. Oh, you want to get the other special edition with the Batman statue? Tough, they’re sold out. You may have been the players to invest most heavily in this release but now you get nothing to show for it. Sometimes pre-orders don’t even get you what you paid for.

Hopefully all this means that people will stop buying into this nonsense and stop throwing money at unfinished products based on weak promises and doctored footage. It’s turning the video games industry more towards money making than artistic and narrative endeavours rather than a happy medium.

2 thoughts on “10 Times Gamers Got Burned By Pre-Orders”