﻿Movies That Wanted to be the Next ‘Harry Potter’

For our younger readers, you may have grown up with the Harry Potter movies as a largely complete franchise with no peer. But when they first came out there were so many movies that wanted to be its peer. Every studio looked at this sudden and unexpected young reader phenomenon and started snapping up every book series they could. You know…like what they’re doing with superheroes right now.

As it turns out these attempts to steal young Harry’s thunder failed one after the other. So what were they? Let’s check them out.

Percy Jackson and the Olympians

Well the idea was there. The books are awesome and had the potential to create some bombastic cinematic visuals with cool characters and classic stories. I like the ‘Percy Jackson’ books is what I’m saying. It’s hard to see how they’d go wrong especially with director of the first two ‘Harry Potter’ movies at the helm. But they sucked. They made endless changes to the material, most of which demonstrated a complete lack of understanding of the source material and the mythology it was based on. Pierce Brosnan as a horse is fucking hilarious though.

Oh, wait…you may not know this one from the series title. The first book was called ‘Northern Lights’. Oh, wait…you may only know it my the revised USA market title that they used in the adaptation. It’s also called ‘The Golden Compass’. Philip Pullman’s trilogy of novels may be geared towards the younger reader and they were hugely popular but they’re a weird, weird choice for a major studio to back. Its sales equalled that of the boy wizard and yet it, as Pullman himself said, the series is about killing God. We have attacks on the church, we have witches and we have burgeoning sexuality of young characters. Obviously you want Nicole Kidman for this, right? In spite of some great casting and still impressive CGI the heavily telegraphed sequels never materialised.

In other words that series about dragons that the kid wrote. The teenaged writer’s self-published mega-hit was quickly snatched up by studios at the peak of its popularity. And to capitalise on this popularity they rushed Eragon into cinemas and with any rushed film is was cheap looking and silly. The first time director took the unique premise and delivered what critics called a confused and generic fantasy film. With that reception the cycle became a singular node. 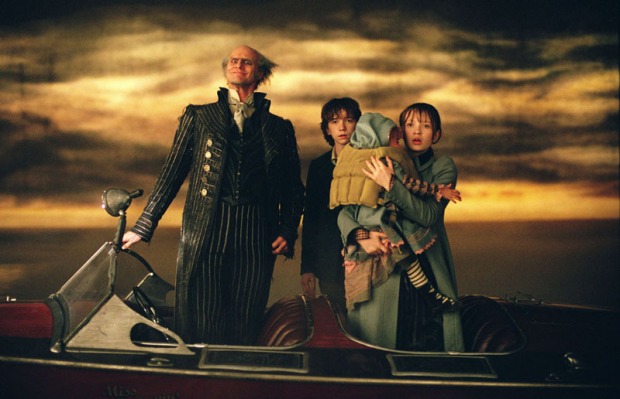 Everything was lining up really nicely for this one. The author of the series, Daniel Handler, wrote a script…which they threw out and rewrote. The director, Barry Sonnenfeld, was well suited to the project and very passionate about it…and he quit after budget concerns. They did get Jim Carrey, who was Handler’s first choice, and he was pretty good. Unfortunately the intentionally dark and gritty tone of the stories was drastically toned down for the movie, right down to a happy ending. The plan was to keep adapting the books and Carrey was keen for the job but like everything else on this list it just didn’t manage it.

The Chronicles of Narnia

The crown jewel of the young reader fantasy genre, and the natural competitor to ‘Harry Potter’. Written by C.S. Lewis in some bygone era the books have been read and reread by generations of kids and analysed by college folk looking for Christian allegory. Unlike the other attempts the first film The Lion, The Witch and the Wardrobe was a bona-fide success. It was big, it looked good and audiences ate it up. Liam Neeson was a lion for goodness sake (although honestly I’d have preferred the original casting of Brian Cox). The studio seemed to lose interest after this success though…follow up Prince Caspian had a lower budget and was rather bland compared to the original and The Voyage of the Dawn Treader was straight to DVD in some regions. What happened, guys? 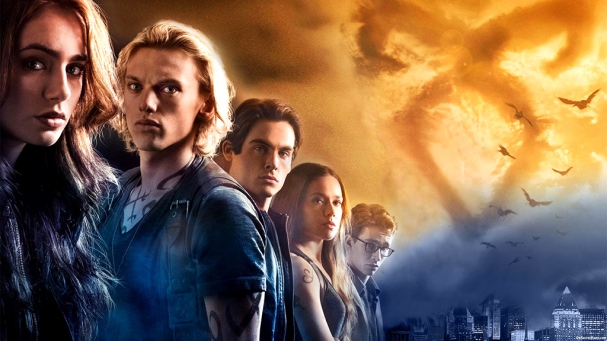 One of many YA franchises following Twilight that was described on Wikipedia as ‘paranormal romance/urban fantasy’. We follow a Mary Sue character who falls in love with some kind of angelic guy and whatever ensues. In spite of the author churning out endless sequels, prequels and spin-offs the series also carries with it some internet controversy as the author has been accused of nicking material from fanfiction. The first film failed to recoup its budget and the sequel was shelved. It does live on in a TV adaptation which is filming its second season. 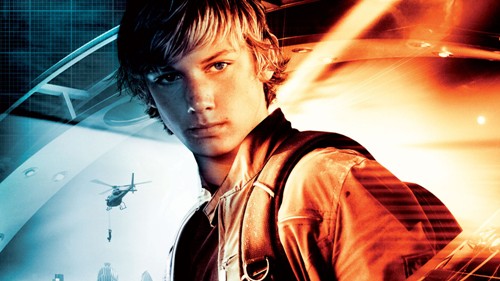 This 10 part book series deviates slightly from the trend by forgoing supernatural and fantasy elements in favour of spy malarky. Alex Rider is a British teen who is suddenly recruited into MI6 following the death of his uncle, a secret agent himself. This is the kind of thinking that lead to Brexit happening. The book series was popular and author Horowitz wrote the screen play, but it ran into trouble. Some aspects of the story (guns specifically) were phased out and a marketing deal was struck with Nintendo to plug to DS handheld. Because nothing ever went wrong with THAT idea before, Nintendo and the Power Glove. Reviews deemed it dull and generic and the series stopped at one.

The Saga of Darren Shan

The first book in the series, ‘Cirque du Freak’, tells the story of Darren Shan (as written by Darren Shan…wait, what?) and his friend getting caught up with an illegal freak show which housing a vampire who they recognise from a vampire book. In order to stay alive Shan has to become the vampire’s assistant. The film adaptation Cirque du Freak: The Vampire’s Assistant is clearly named to maximise publicity, and has a pretty decent cast backing it. It winded up being kinda ‘meh’ and the series failed to produce a follow up.

Drawing upon Celtic mythology such as brownies, goblins and other faerie folk, the Spiderwick Series starts with ‘Field Guide’ and ‘The Seeing Stone’, which were published simultaneously. The stories tell of three young siblings who find a passage in their library that connects them to the mythology other world where hijinks ensue. When it came time to make a movie…they did pretty well. It was well received by critics and Freddie Highmore provided a star making turn playing twins. It only came second to the abysmal Jumper at the box office and many didn’t like the reliance on CGI so any hope of a sequel was dashed.

This one is also cut from a different cloth than most of this list. It’s a post apocalyptic world with people living in underground cities. As with all dystopian societies we have some youths dissatisfied with their assigned roles and breaking the rules. They eventually learn some shocking truths about the origins of their city. The movie certainly felt a bit rushed being short  in running time and coming out early in the YA adaptation trend. It did, however, have Bill Murray. It was heavily praised for the artistic design and gadgets, but the lack of action left audiences wanting and it never managed enough profit to continue the series.

And that’s it…until everyone tried to jump on the trend started by The Hunger Games.