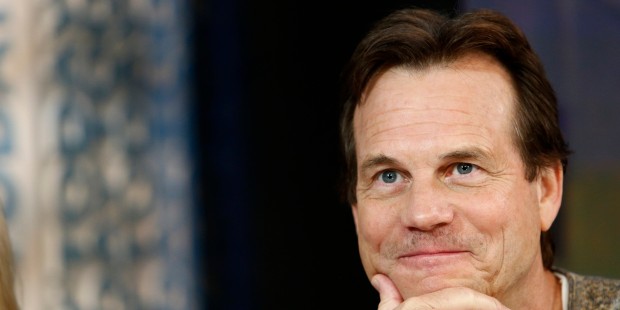 In a shocking development over the weekend, character actor Bill Paxton, died suddenly at the age of sixty-one due to complications from a post-stroke surgery.

An actor in such hits as Titanic, Twister, and Apollo 13, Paxton had a career that spanned four decades beginning in 1975 with an uncredited role in Jonathan Demme’s Crazy Mama.  All told Paxton appeared in over sixty films.  A multi-faceted actor, Bill Paxton was just as adept at comedy (Weird Science, Club Dread) as he was at drama (A Simple Plan, Frailty).  Paxton was married twice and leaves behind a wife Louise, and two children, Lydia and James.  James went on to become an actor in his own right, starring in the USA television show Eyewitness.

Paxton came from humble beginnings.  Born in Fort Worth, Texas in 1955, Paxton was the son of John Lane Paxton, a businessman, lumberman, and museum executive, and Mary Lou Paxton, a house wife and devout Roman Catholic.  John was also an occasional thespian, a profession which no doubt influenced Paxton’s desire to become an actor.  Of historical note, Bill Paxton and his family were in the crowd when John F. Kennedy emerged from the Hotel Texas on the day of his assassination.  Pictures of Paxton being lifted above the crowd are on display at the Sixth Floor Museum in Dallas, Texas. 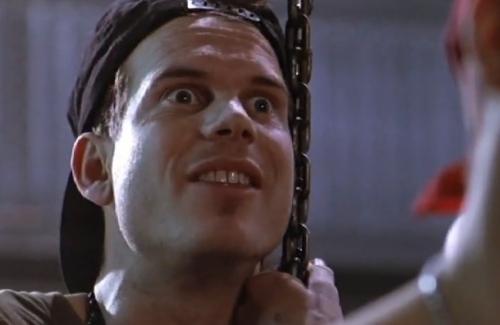 Although mostly known for his movie roles, Paxton also earned acclaim on television.  Of particular note was his role for five seasons on the HBO television show Big Love, which ran from 2006 to 2011.  Paxton received three Golden Globe nominations for his role in the show, starring as a fictional Mormon polygamist named Bill Henrickson.  Paxton also received an Emmy nomination as Randall McCoy in the History Channel’s miniseries Hatfields & McCoys.  Most recently Paxton has been starring on CBS’s Training Day, a film based on the 2001 movie of the same name.

Throughout childhood and into adulthood, Paxton seemed to show up regularly in my cinematic pursuits, everything from The Terminator to Predator 2.  I will always remember him best for two roles however.  One being for his role as Morgan Earp in my favorite Western Tombstone.  The other is also one that I think a lot of people most associate with Paxton, the wise cracking and forlornly humorous Private Hudson from James Cameron’s 1986 classic Aliens, for which he earned a Saturn Award nomination.  I’ll never forget the first time I heard him say, “I’m not sure if  you’ve been keeping up on current events, but we just got our asses kicked pal!”  I about died laughing.

For Bill Paxton the game was over far too soon however.  R.I.P. Bill Paxton.  Here’s hoping he’s on an express elevator to Heaven.