Now you may be assuming that this list is going to comprise of the very worst games. Some of these do suck, yes, but that’s not enough. These are the games that are embarrassments to both developers and players because they damage the reputation of everyone involved with gaming. Being controversial isn’t enough either, because as much as GTAV gets touted as the end of society is has plenty of value in its design, writing and creation.

Let’s get the obvious one out off the way first. Dead or Alive was a popular (and overrated) fighting game franchise that competed with Street Fighter and Mortal Kombat at a time when those titans weren’t at their best. Fans enjoyed the rock-paper-scissors fighting mechanic and the colourful characters, but casual observers knew it best as that fighting game where the women’s boobs bounced up and down like space bouncers.

This was embarrassing enough, but developers saw the attention on this…feature…as encouragement to take it further. They started releasing games in the series that didn’t feature any fighting, just the female characters playing on the beach wearing tiny swimsuits. The more you play the more outfits you unlock and then you can wile away the hours having the girls pose for you. It’s downright perverted yet sells well enough to produce a number of sequels including one just last year.

This game is considered a classic with good reason. Its challenging fights and tight controls makes it addictive fun and, eventually, a satisfying victory. The original games managed to slip by without stirring up to much noise, but when a new version was released for the Nintendo Wii there was a problem. More than 30 years had passed since the NES classic and the familiar characters now appeared to be SUPER, SUPER racist. You don’t need to flesh out the opponents in a cartoon boxing game to a great degree, but these guys are heavily stereotyped to the point that little croissants flew out of the cowardly French boxer when you hit him. It’s got plenty of cringe happening. 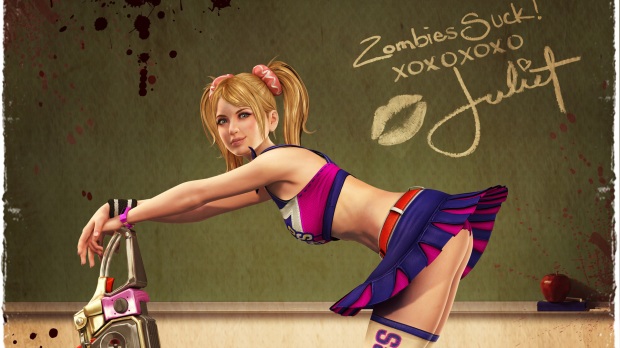 By the year 2012 the gaming industry was pulling in substantially more money than any other form of entertainment and it was finally being taken seriously as a prominent aspect of modern culture. Spec Ops: The Line was a first person war shooter forcing players through a psychological nightmare by drawing on the works of Joseph Conrad. The Walking Dead built on a popular brand franchise to tell an emotionally driven story. Dishonored proved that Bioshock wasn’t a one-off artistically driven, action filled Triple A release. On the indie front we also had the ethereal beauty of Journey contrasting with the madness inducing and ethically challenging Hotline Miami.

2012 also saw the release and heavy promotion of Lollipop Chainsaw, a ‘quirky’ game from Suda51 and…James Gunn? Really? Anyway, it was mostly reviewed as being bland, slow and repetitive and instead leaned heavily on the central character being a skimpily clad cheerleader who kills zombies with a chainsaw, even hiring Jessica Nigri to play her at marketing events. Just what everyone wanted to help convince folks that games could be ‘art’.

Not that exploitation of women is something new in appealing to gamers. Winding back the clock to the early 1980s the classic Atari saw it’s fair share of lewd content. Softporn Adventure, Beat ‘Em and Eat ‘Em and Night Life were among the earliest examples, but Custer’s Revenge was certainly the most notorious of these pioneering titles. In it you play historical figure General Custer, naked and sporting an erection, and must dodge arrows to reach the other end of the screen in order to sexually assault a tied up Native American woman. It’s hard to fathom the kind of mind who thought this was a suitable tribute to a legendary figure in American history. Conversely the company later released General Retreat, the same game but with the roles reversed. Because that helps.

Continuing the run of games with questionable content, here’s Leisure Suit Larry. A long, long running series involving the titular sleazebag on his quest to have sex, the game attempts to market itself as a comedic adventure. Sadly the comedy is on thin ground and it largely sells based on the promise of poorly rendered breasts. Remarkably this series has been in production up until 2013, long after internet access should have erased it from existence.

No, I’m not googling it.

Ok, that last entry can be dismissed as crass titillation. This game…not so much. The only goal of this game is to sexually assault a series of women, including an under age girl. There’s no story worth mentioning, there’s no attempt to package the game as humour…it’s just a stalking and raping simulator for sickos. The only thing that would make it worse would be strapping a pair of fake breasts to the console that respond to groping.

This game strapped a pair of fake breasts to the console that responded to groping. Yes, really. It was a generic maze based game controlled by spinning two orbs on the cabinet that were designed and coloured to resemble breasts. The public response was unkind to say the least and it vanished before long. 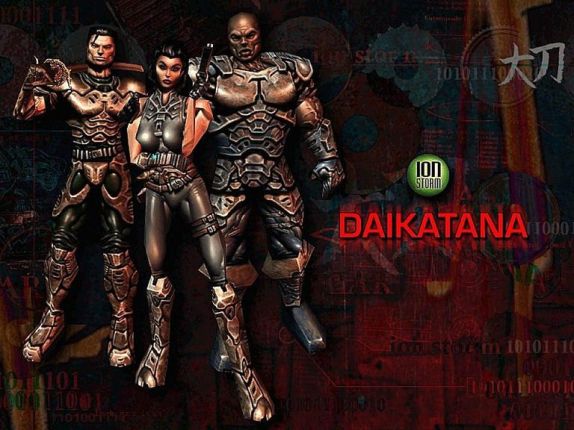 During the 1990s gaming was very much driven by masculinity. We also saw some programmers and developers attain mild celebrity status, such as John Romero and American McGee for their work on Doom. This combination of culture factors came to a head with this slice of cringe:

And then the game sucked.

Taking it’s well deserved place at the bottom of the pile is Hatred, a cheap and nasty game that puts players in the role of an angry man perpetrating a mass public shooting. His motivation? Society is just so lame, you guys. With his big, macho boots, manly trenchcoat and long, flowing hair the main character looks like an angsty, bitter Men’s Right Activist’s power fantasy. The game was terribly made and only sought to cash in on the negative press it received for the core concept. It’s hard to know what is more despicable, that somebody made this game or that somebody made a game purely to capitalize on controversy. Either way the people involved can go somewhere where we don’t have to hear from them again.

← ‘The Last Jedi’ Trailer And Its Possible Deeper Implications
Movie Review: ‘Guardians of the Galaxy Vol. 2’ →

3 thoughts on “Nine Games That Damage the Game Industry”