After the double whammy trick of Saw III and Saw IV it was looking like the series had been well planned out and had some clever ideas up its sleeve. At this point we know that Jigsaw and his apprentice Amanda are dead and Hoffman is the new villain. Let’s see how he manages.

The story so far: Saw I, Saw II, Saw III and Saw IV. As before we’re not caring much for avoiding spoilers here.

Plot: Hoffman is now the Jigsaw killer, and intended himself to be the only ‘survivor’ of John Kramer’s final game. In spite of his plan Agent Strahm survives and begins linking Hoffman to the killings. Meanwhile, five new victims have to run a gauntlet of traps to survive.

Review: The first thing worth noting is that we have a new director at the helm, none other than David Hackl. I mention this because the film makes a big deal of it. 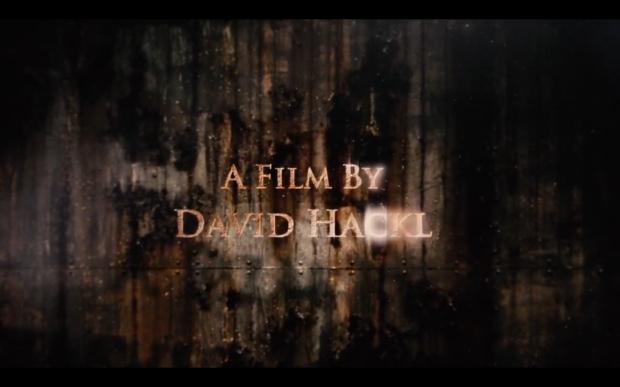 The films usually have the directors name at the start, but this one stood out because it’s bigger than usual and has an added shiny effect play over the letters while it holds the name on screen longer than necessary. Shit, this David Hackl must be someone of note, I’d better look him up!

Saw V was his first job as a director…but he was production designer on a couple of the previous instalments. So he’s a newbie being given a chance and likes to toot his own horn.

Obviously we’ve got a problem right out the gate with Jigsaw Classic (Bell) no longer in the game and all the other main characters dead. Instead we get this floppy hair nonce (Mandylor) as the new Jigsaw and Strahm (Patterson) trying to catch him out. The most interesting parts of this involve Hoffman getting schooled by Jigsaw, but that’s mostly just because Tobin Bell is more interesting to watch. They have managed to drag out a bunch of actors from the earlier films, which helps link everything together. 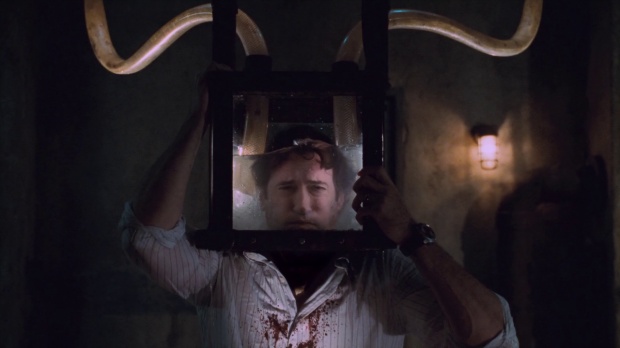 Then we have the five people stuck in the trap. These characters are more interesting to watch than Jigsaw Lite, and they have an unrevealed link tying them all together that gets revealed over time. The twist that they all could have survived together was a nice touch, but we’d have liked to see more time spent with this group so we could see them play mind games with each other. Unfortunately the film treats them as an afterthought, slipped in to fulfil the crazy trap requirement rather than actually flesh out the story.

We do seem have reached the point where tying all the plots together into one big game starts causing problems, as they don’t seem to have planned this far ahead. Kramer’s ex-wife, now widow, gets bequeathed a big, scary locked box in Jigsaw’s will and the lawyer just…hands it over? Given the nature of Jigsaw’s crimes and the publicity generated by his killing spree, did the authorities not look into his will or pay attention to his widow? Perhaps the lawyer might’ve thought to say to someone, “hey, that crazy Jigsaw guy left this giant, creepy box in my possession and his wife somehow had a key to it”. We’re stretching credibility at this point and at some point that’s going to break. 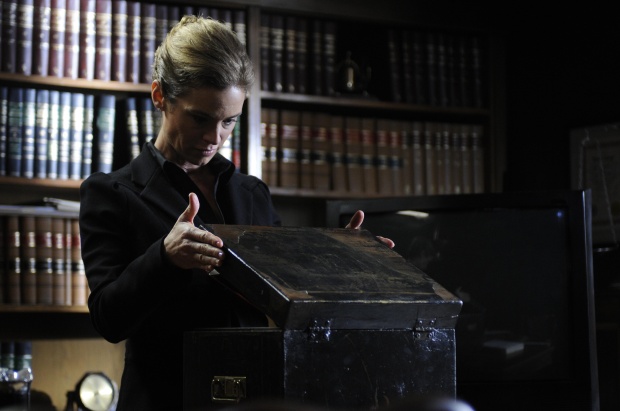 This review is going to be shorter than the others thus far because this is a much less substantial film than the others. This is because the movie is noticeably less substantial. Instead of clever twists and original concepts this drags out footage from the previous four films like it’s getting a 20c return for recycling. The departure of the original team is showing the seams. It’s only the five people in the traps that make this slightly interesting.

It’s ironic that the poster shows someone else wearing Jigsaw’s face, because this does feel like an imposter.

Rating: FOUR out of TEN

MOST HORRIFIC TRAP: Really not a lot to chose from here. Nothing is a stand-out, with the trick that all the group traps could have been survivable being noteworthy. Of these the sawblade blood sacrifice is the most gut-churning simply for how it cuts up their hands. Ick. 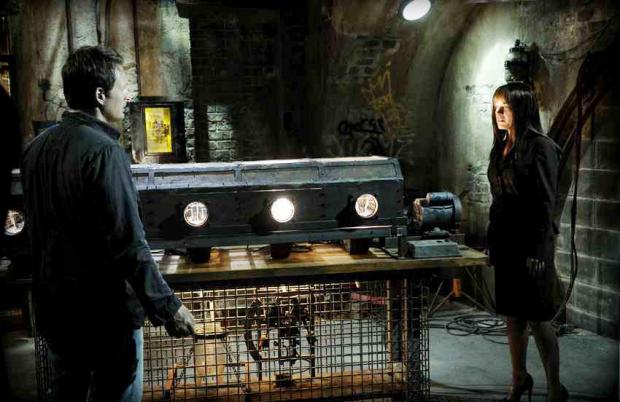