The movie Shaft began life as a sharply written detective flick set in the gritty streets of New York. But the reason this movie is remembered to this day is because of the revolutionary decision to cast African American model/actor Richard Roundtree in the lead role. With an incredible charisma and sense of coolness Roundtree turned this private detective into one of the most memorable characters to ever walk onto the silver screen. Upon its release Shaft was a massive success and has become a cinematic classic and possibly the most famous film of the blaxpoitation genre. 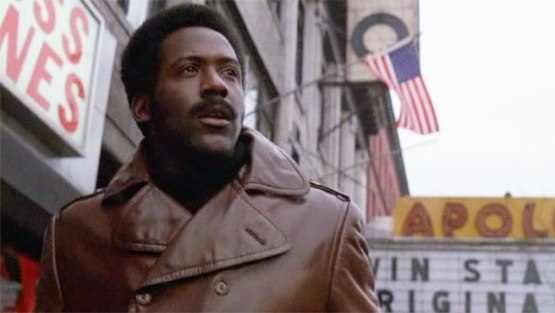 pavement to get answers. In a city filled with crime and urban blight, John Shaft chases clues, deals with overzealous cops and seduces women all in a day’s work. Shaft embraces all of the hallmarks of the private-eye genre and adds an extra sense of coolness and modernity to them.

One of the most memorable elements of the film is the funky and soulful soundtrack courtesy of the Black Moses himself, Isaac Hayes. Even those who have never seen Shaft recognize those iconic bass beats from the iconic theme song. The tunes add immensely to gritty realistic atmosphere created by director Gordon Parks in this film.  This is the kind of world perfectly suited for a tough and resourceful private-eye like John Shaft to inhabit.