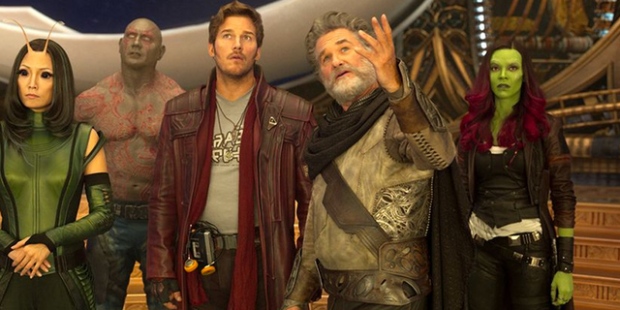 Plot:  Set several months after the events of the first film, the Guardians of the Galaxy are on a roll.  Due to their heroics on Xandar, Drax (Dave Bautista), Gamora (Zoe Saldana), Groot (Vin Diesel), Rocket (Bradley Cooper), and Peter Quill (Chris Pratt) are in high demand across the cosmos.  However, when their latest job for the Sovereign race takes a turn for the worse, the team finds itself on the run.  Fortuitously, Peter and his cohorts are rescued by his long-lost father Ego (Kurt Russell).  However, despite outward appearances, Ego’s intentions may not be what they seem…

Three years ago when I first saw the trailer for Guardians of the Galaxy, it looked like the most ridiculous film ever conceived.  I mean come on!  A talking racoon?  A living tree that just says “Groot”?  It seemed like a poor man’s Avengers and I had zero interest in the movie.  I thought that Marvel might be heading to their first serious studio flop.  Boy was I wrong.  Guardians of the Galaxy became a smash hit, catapulted Chris Pratt into superstardom, and made me a believer.  In fact to this day Guardians remains my favorite Marvel film.  Inevitably there was going to be a sequel and not surprisingly expectations were higher than Willie Nelson on April 20th.  So does Vol 2. live up to expectations?

It’s very rare that a sequel ever tops the original and that remains the case here.  In 2014 Marvel struck lightning in a bottle, and while Vol. 2 is by no means a Tolkien-esque thunder battle, it remains a brilliant flash of comicbook awesomeness.

Director James Gunn takes the key elements that made the original Guardians a success (comedy, cinematography, color palette, action) and doubles down.  Hell you could say he triples down.  The comedy is first-rate with Drax (Bautista) getting the juiciest lines.  (His revelation that he has “sensitive nipples” had the crowd rolling).  Although admittedly sometimes the comedy felt forced as if Gunn and crew were trying too hard. 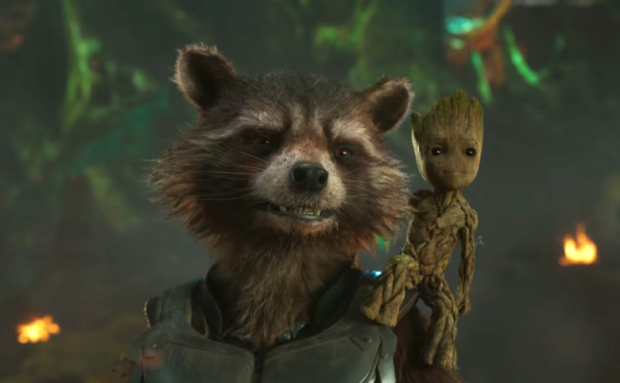 Baby Groot is just as adorable and hilarious as you’d expect with his opening dance number to ELO’s “Mr. Blue Sky” setting the tone.  Newcomer Mantis (Pom Klementieff) also adds plenty of comic relief with her socially awkward tendencies often resulting in hilarious moments.  Yet, Klementieff also manages to make Mantis relatable and empathetic.  She’s been alone most of her life and the degree of that loneliness doesn’t come to fore until Mantis gains real potential friends.

From a visual standpoint, Guardians is overwhelming.  That’s both a good and bad thing.  The space battles and especially the final climactic sequence do not disappoint.  Henry Braham’s cinematography keeps with the pace and often frenetic nature of the film without descending into shaky cam.  Additionally, I loved the color palette Gunn goes for in Guardians.  The bright colors are borderline psychedelic.  This is the complete polar opposite of BvS when it comes to color.  Additionally, Guardians again rocks a killer soundtrack of 1970s tunes.  The use of Fleetwood Mac’s classic song “The Chain” is particularly on point.

Where Guardians of the Galaxy Vol. 2 stumbles a bit is on the writing front.  Gunn’s screenplay while admirable, feels more like a two-hour character study rather than a straight adventure tale.  I may be in the minority here, but I was expecting something on par with the first film’s narrative.  In some ways Vol. 2 feels almost like an extension of the first movie rather than a straight sequel…if that makes any sense.

The idea of family, specifically that your family doesn’t always mean your blood relatives, becomes a dominant theme throughout the movie.  And to the actors’ credit, their chemistry helps drive this idea home.  There’s real character development in this movie.   In many ways it’s also an examination of toxic fatherhood.  Gamora struggles to reconcile the tumultuous relationship with her sister Nebula (Karen Gillan) and how their childhood was influenced by their sadistic adoptive father Thanos.  Peter tries to balance his emotions about his surrogate father Yondu (Michael Rooker) against his new-found relationship with his father Ego.  Even Rocket is forced to confront his own nature and why he pushes people away, including his de facto son Groot.  There’s a particularly powerful scene between Yondu (Michael Rooker) and Rocket that addresses this situation.  It’s heady material that hides behind a comicbook film.  And it works.

Speaking of Rooker, this is the performance of his career.  A veteran actor in such films as JFK and Cliffhanger, Yondu experiences his own inner turmoil regarding his ersatz father relationship with Peter and the fact that he broke the Ravager Code by dealing in children at one point.  Yondu’s ultimate redemption is just as satisfying as it is heartbreaking.  Meanwhile, Kurt Russell really impresses as Peter’s real father Ego.  His personality is overwhelming and Russell uses just the right amount of Jack Burton from Big Trouble In Little China coupled with Dennis McCaffrey from Backdraft to pull it off.

My one big gripe with Vol. 2 is something that’s plagued Marvel for a while now.  Once again audiences are treated to an underwhelming villain.  I won’t say who the villain is as it would ruin the film.  Suffice it say that outside of a few films, Marvel has yet to provide its fans with a truly fantastic villain.  I’m hopeful that Thanos in next year’s Avengers: Infinity War will live up to its billing.

It’s one Hell of a ride. 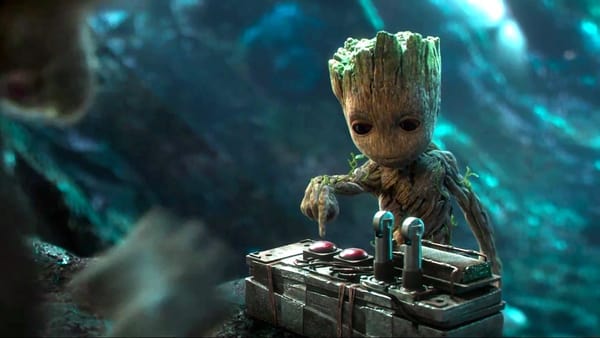