We certainly had plenty of gritty, old school slasher fun with the first two films, followed by a boring and pointless third film. Can the series redeem itself or are we doomed to mediocrity?

FRIDAY THE 13TH: THE FINAL CHAPTER

Plot: After his death at Higgins Haven, Jason is delivered to the morgue. It turns out that he was only mostly dead, and Jason returns to Crystal Lake to hunt a new group of teenagers. 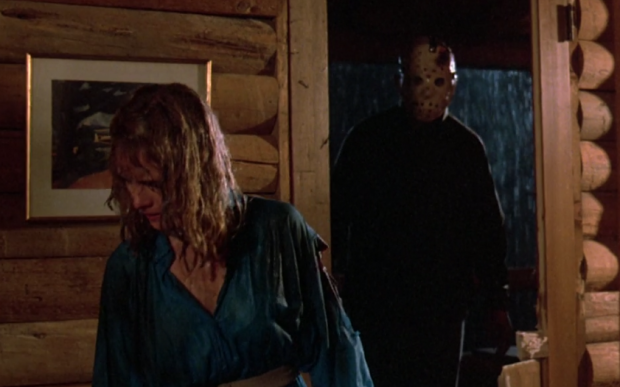 Review: At this point we’re at the end of the pre-planned Jason related plot, somewhat derailed by the lack of recurring characters. After the abysmal and mostly pointless Part 3 we return with a more interesting and diverse group of characters. First we have a family unit, something different for the series, made up of teenage Trish (Beck), her younger, mask building brother Tommy (Feldman) and their mother (Freeman). Following them comes a group of randy teenagers who have some semblance of personality, who then meet a set of twins who provide additional eye-candy and little else.

It’s worth noting at this point that 80s fashion was beginning to take hold, so there’s some comedy inherent in that. Comedy does get more of a look in this time around, mostly in the form of characters being ironically murdered. 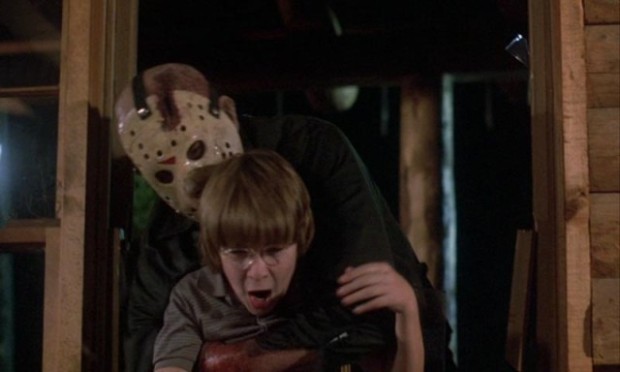 Speaking of murder, Tom Savini is back on board and providing his trademark gruesome effects for the colourful death sequences. What mostly separates out this film from the weaker episodes in the series is the level of creativity on display with the death scenes. Crispin Glover gets a corkscrew through his hand, some pretty boy gets his head smushed against a wall, a girl gets hurled from a window and destroys a car on impact, someone gets nailed to a door-frame…if you’re in this for the grisly deaths it’s one of the best options from the franchise.

There’s also more nudity that previous entries, with plenty of skinning dipping and nude wrangling. It’s somewhat disconcerting when almost every scene of nudity is shown from the perspective of a little kid with a pageboy haircut. This kid – Tommy – is one of the more interesting figures in the series thus far. He’s got an unconventional personality, making a hobby of building horror masks, and he plays an integral role in defeating Jason.

Perhaps if they really did stick to the ‘Final Chapter’ thing and end the series here they could have ended on a high note. Ah well.

Jason’s Best Kill: Gotta go with the head squish. Great effects work by Savini and it was pretty darn startling.