Like many other exploitation films of the grindhouse circuit this film was criticized upon its release for its depravity, violence, and horrific sexual elements. A reviewer for the University of Georgia’s student paper claimed after the premier of this movie he was sick to his stomach. But at least Poor Pretty Eddie had a solid cast of talented actors which sets it apart from many other movies of its ilk. The story of how the movie was made is interesting enough to be its own movie, Poor Pretty Eddie was produced by numerous figures in the adult entertainment industry as an attempt to “go straight” with a “legitimate” flick. The main financier was Michael Thevis who known in the Atlanta area as the “King of Pornography”, he saw the movie as a means to further his money 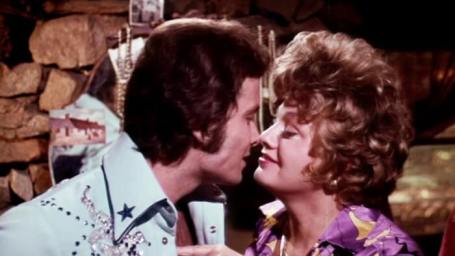 laundering operation with the mob. Shortly after the movie was released, Thevis was arrested on numerous charges including murder. It was not long after his arrest that he escaped custody and found himself on the prestigious list of the FBI’s Most Wanted.

The movie itself starred Broadway legend Leslie Uggams as famous singer, Liz Weatherly,  in desperate need of a vacation. She does not get far before her car breaks down on the Georgia backroads. The local garage owner Bertha, played by Shelley Winters, puts the singer up in the rundown cabins she also owns until the car is fixed. Bertha’s boyfriend Eddie, is more than happy to have a lovely famous singer in the area as he has plans to become a famous country singer.  On top of prancing around and being mocked for his Elvis inspired attire, is also a sexually deviant sociopath. He subjects Liz to a whole host of torments and nobody in this backwoods town truly believes Eddie to be capable of such things. It is only a matter of time before Liz finally reaches her breaking point and unleashes her fury on her tormentor.

Much of this movie is in line with many others which were on the grindhouse and drive-in circuit at this time, but the powers behind it did something a little different. Once film had enjoyed its initial run, they began a process of constantly retitling it, repromoting it, and in one case reediting it. Soon the same movie under the title of Black Vengance, began to pop up in theaters, the ad campaign playing up Leslie Uggams fighting back against the white trash who messed with her. The film had another run through theaters in the south playing up the hixploitation elements under the name Redneck Country. In an attempt to appeal to “serious” moviegoers, Poor Pretty Eddie, was reedited to remove the violence and add some dramatic scenes (as well as a more traditional ending) this time it was 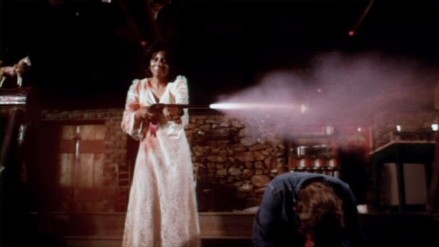 called Heartbreak Hotel and it became the story of Eddie trying to get a recording contract in Nashville. By the end this flick had enjoyed a decade on the big screen.

Poor Pretty Eddie had a cast far better than it deserved, with top billing going to Shelley Winters. Winters had performed in the stage production this movie was loosely based off of, given that connection and an upfront cash payment she joined this ensemble. The protagonist was played by Leslie Uggams who had solidified her status as one of the biggest stars on Broadway, but was still a couple of years away from her acclaimed TV performance on Roots. Established Western favorites Slim Pickens played the sheriff while Dub Taylor played the local bar owner/Justice of the Peace. The ensemble is rounded out by Ted Cassidy whom many will recognize as Lurch from the Addams Family. Stealing the show away from all of them is Michael Christian as Eddie, who turns in a particularly unnerving performance.

Often cited alongside Walking Tall as a prime example of what many refer to as hixploitation, Poor Pretty Eddie still enjoys a certain fandom among lovers of grindhouse cinema. That being said, Poor Pretty Eddie is not a film for everyone as one could probably gather from its infamous reputation. On the other end of the spectrum there will no doubt be those who feel as if it does not live up to the lofty expectations they have. The film has enjoyed numerous home releases all of which kept the gritty and grain look and feel this movie was always meant to have.