Warner Bros. Don’t Know What We Want From Superhero Movies

To date the DC Cinematic Universe has gone from the divisive Man of Steel to the disastrous Batman V Superman and Suicide Squad and then to the sliver of hope that was Wonder Woman. Using this last film as a stepping stone, Justice League could’ve straightened things out and got this train back on track.

It hasn’t. Justice League landed with a wet splut.

The problem isn’t the actors, or the directors. It would seem to be the blind insistence of Warner Brothers on maintaining their style guide. They’re exhibiting a dogged determination to shape what they think audiences want to see and it’s costing them millions for every film and sinking a potentially lucrative franchise.

These are the things that Warner Brothers thinks we want…but we don’t.

The DC films need something to set themselves apart from their main rivals, the Marvel Cinematic Universe, otherwise they’d just look like copycats. Adding a dark edge to the stories and the characters is a fine way to do this, especially as this approach invigorated the comic industry in the 1980s. We’d be happy with this if they hadn’t taken it to the point where Batman is murdering people left and right without a care in the world. A more dramatically driven and dangerous world is something that appeals to comic fans but it’s been terribly mismanaged from Man of Steel onwards.

Perhaps the darker feel to the films would be better if they’d stuck to it. Superman and Batman dealing with real world issues and emotions is fine, but it’s in stark contrast to the bombastic action sequences shot against bright, computer rendered backdrops. The knee-jerk response to criticism of BVS being miserable was to edit in whacky one liners and trawling Twitter for jokes is also in conflict with the darker approach.

Heavy-Handed References to the Comics

There are two ways to include references for comic readers to pick up. The first is to work them into the stories where they have a natural fit, recreating the same emotional response whether you’ve read the comic or not. Examples include Captain American and Iron Man recreating the art of the ‘Civil War’ story during their last battle, or Spider-Man being trapped under an immovable pile of rubble.

The second – and wrong – way of doing this is to jam in every reference you can regardless of how completely out of place it feels. For example, taking the design of the popular alternative ‘Red Son’ version of Batman and plunking it into BVS. Sure, it’s not the right character and it doesn’t make sense for Batman to don a heavy leather coat for the desert, but it’ll make the fanboys all giddy when the trailer comes out.

Putting Doomsday in the movie without setting up his story or establishing the level of threat he represents is just wasting the opportunity to use him.

Remember when Guardians of the Galaxy came out, and it felt fresh and original with it’s classic rock soundtrack? It was such a unique way to style a superhero movie and it made a distinct impression. Luckily the film also had charming characters, a great script and subverted our expectations.

What you don’t want to do is force an endless stream of classic rock songs into every film, chopping and changing them so frequently that it feels disjointed and tonally inconsistent. Just because something worked in other films doesn’t mean it’ll work everywhere.

In a mind-bogglingly perplexing move WB demanded that Justice League be brought in at under 2 hours. As a result there were heavy cuts made, with scenes of Flash acting as a vigilante, Cyborg’s origin story and more demonstration of his abilities and entire characters such as Atlantean Nuidis Vulko (Willem DaFoe) and Flash love interest Iris West (Kiersey Clemons).

These cuts have contributed to the disjointed and rushed feel of the film, just as they did in Suicide Squad. People did criticise BVS for being long and dull, but that doesn’t mean we want shorter movies. We want movies that feel shorter, that don’t drag and pack themselves full of plot threads that have no pay off. Thor Ragnorak was wasn’t short, but it didn’t feel long.

We loved the clues to a larger universe and future instalments in the Marvel movies. If you go back and watch the first ‘phase’ of that franchise you’ll note that there’s very little, if anything, in the movies themselves that set up future movies. It’s all relegated to the end credits. They tell the stories that they’re telling now, not ones they might be telling at some indeterminate point in the coming years.

BVS had endless stuff that has no place in that movie. When the Flash popped out of a portal and started babbling about Lois Lane being key we had no idea what it was in aid of. It didn’t contribute to the movie we were watching in the slightest. It’s only when typing this that it occurs to us that it might’ve been a reference to Lane’s role in Justice League. If that’s the case than, yeah, that was pointless. 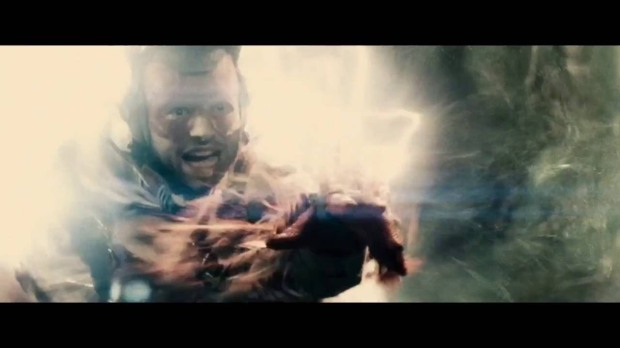 Having an endless series of alternate universes with different versions of the beloved characters is part of parcel of superhero comics, both for DC and Marvel. It’s as though the editors in chief have a compulsion to layer multiple versions of the characters on top of each other. They can be fun, but there’s a reason Marvel imploded their parallel worlds into each other in recent years.

Although Wonder Woman and Suicide Squad were not made by Zack Snyder they both carry a number of his trademark visual and directorial techniques. This has led to WB clashing with directors over the way the movies should be made, often to their detriment. Allegedly Patty Jenkins had to fight tooth and nail to keep the No Man’s Land sequence in Wonder Woman, a scene which undoubtably was the defining moment for the character. 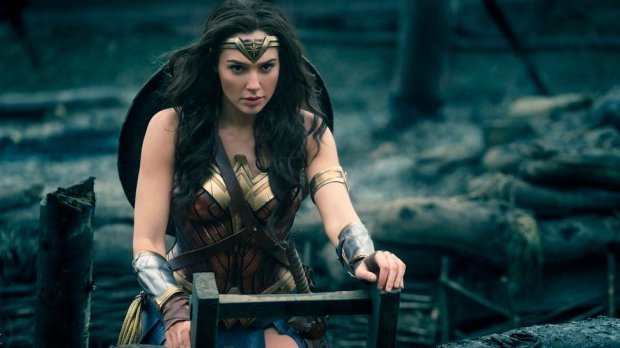 The MCU is working to keep things consistent, and there’s a common tone across the movie, but it’s when they experiment and give directors some extra leash that they’ve been at their best. The darker Netflix iterations of the franchise have given us a new angle, and the bonkers approach of both James Gunn and Taika Waititi have produced the most popular and memorable films yet.

The Marvel Cinematic Universe is an incredibly ambitious endeavour, something that not only succeeded in the face of audience doubt but grew into something bigger than we ever dreamed possible. Did you see the Infinity War trailer?! It looks like Lord of the Rings with superheroes!

But, and there’s been mounting evidence of this over time, we don’t want everyone franchise doing this. Marvel, fine, they’ve got it under control. We would’ve been happy if DC did it because it’s part of the source material. But with so many first parts of epic, multi-part franchises disappearing from memory faster than their sequels can be made (The Dark Universe, The Giant Monster Universe…) it’s clear that it’s not a business model audiences actually want. Just make some good, stand alone movies instead of trying to build something bigger and more lucrative and people will come back. The reality is that this franchise didn’t need to replicate Marvel’s success. It just needs some good movies.

The DCEU is in such dire straits following the release of Justice League that many doubt the sense in continuing. Some have pointed out that the fans are happy with it, but this does little in the face of terrible box office returns. If you haven’t seen it yet, you’d honestly be more entertained watching Thor Ragnorak again. Because Korg.

2 thoughts on “Warner Bros. Don’t Know What We Want From Superhero Movies”