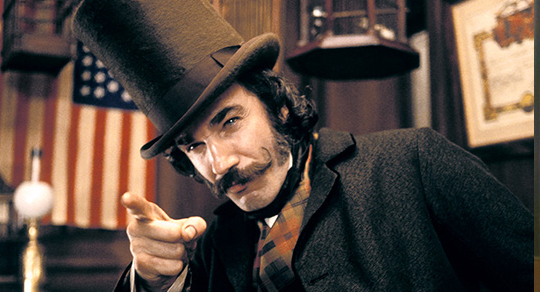 Although anyone else would just simply overact as the theatrical and overzealous madman that tormented 1860s New York City, Day-Lewis overacts with that wink in his eye that made Bill the Butcher seem like he was all bluster as a matter of strategy. A cold-heart and killer instinct are buried not very deeply. 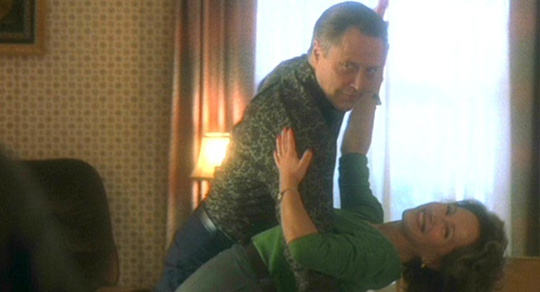 79. Christopher Walken – Catch Me If You Can

In one of his more understated and not-weird roles, Christopher Walken played a simple New York businessman and father of future con man, Frank Abagnale Jr. He starts off as an affable Uncle Ben/Sitcom Dad style father figure, wholesome sense of humor and a pretty standard moral center, and when we catch up with him after falling on hard times, he is more of the same. I find myself really rooting for this character.

Winstone shines as an Australian military man trying to bring law to the very Wild West looking and acting outback. He makes a proposition to a famous outlaw to kill his much more dangerous older brother for the life of his younger tag-along brother. Try as he might, this deal with the devil has major repercussions as he gets pulled lower and lower into indecency and shame. 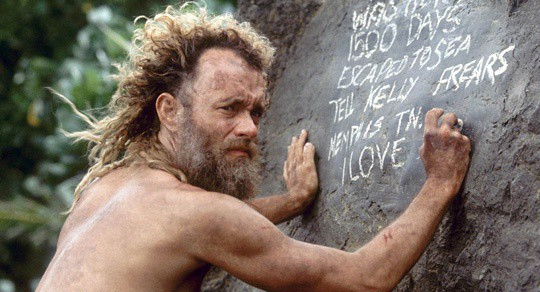 In one of the great performances that captures that endurance of the human spirit, Tom Hanks puts on a one man show of super-strength (inner strength, that is), mired in anger, fear, and sadness, in such a way that only makes his triumphs all the more triumphant.

In a subtle subversion of his pretty boy charm, Clooney plays a jet-setting job killer for hire. He has created a mytharc out of his job, finding pride in living out of a bag, jumping hotel room to hotel room. However, as he settles into a mid-life crisis (thanks to a new found relationship with a fellow jet-setter), the urge to put down roots becomes overwhelming.

This role is a far cry from Kitano’s gameshow hosting gig (re-dubbed in America to comical effect as Most Exteme Elimination Challenge). Instead he plays a school teacher who must bring his students to an island and force them to fight until only one survivor remains, an extreme solution to overpopulation. Despite his intensity, there is still a sliver of shame that reminds us he’s human, however, still scary as shit! 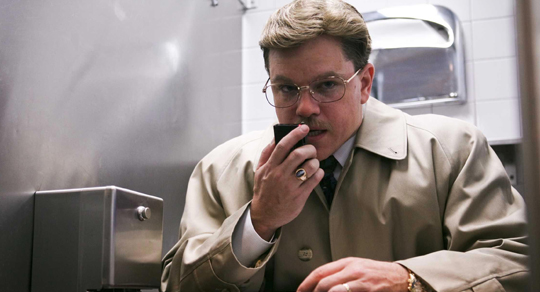 Comedy roles never get enough credit, but Damon’s role in The Informant! is one that deserves way more praise. Damon plays shlubby, naive Marc Whitacre, who blows the whistle on his company’s price-fixing scheme. Oblivious to his complicity and delusional about his future with the company despite agreeing to take the stand, he is like the ultimate combination of Mr. Bean and Steve Carrel’s Michael Scott. 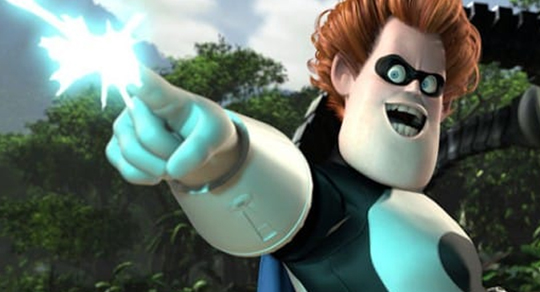 It is not often that animated features end up on these kinds of lists. You’ll usually here the same excuses that keep them out of the acting categories at the major awards. Not sorry, this is still acting. And Jason Lee kills it as the bruised fanboy, who decides to go full Randian sad-sack bad guy years before GamerGate was ever a thing. 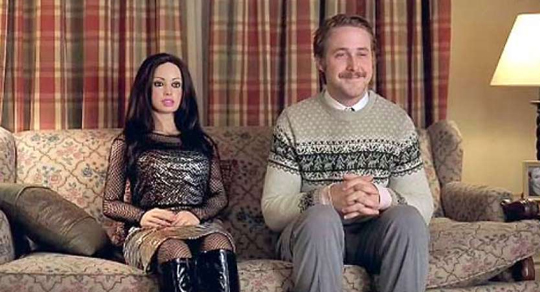 These kinds of lists are often dominated by descents into madness, but ascents into sanity are just as interesting. Gosling in Lars and the Real Girl is one of the best examples. Dressing up a sex doll and wheeling her around his small town (with a surprisingly supportive townspeople) as if she is a real girlfriend allows him to cope with and eventually overcome his crippling social apprehension.

Juvenile to the bitter end, Cusack’s sad-sack pretentious music snob, inspired by his reorganizing of his record collection into autobiographical order and penchant for ranking top 5s of things, starts reaching out to his ex-girlfriends who make up his top 5 break-ups. He searches for closure as if it is something that will top his arrested development, but he secretly enjoys his holier-than-thou status as one of the early modern hipsters.

It is not often that the vulgar sex-comedy could sneak in a heart-warming portrayal of a man-child, but The 40 Year Old Virgin does just that. Carell’s man-child isn’t the usual 40 year old actiong like a rebellious 20 year old still trying to get back at their parents. He has the naivety of a middle schooler but is genuinely sincere in most of his relationships.

Usually a symbol of silver screen yuppiness, Douglas plays his disheveled college professor like a retired rock star. Late nights, drunk friends, and a sex life way more active than his station in life. Filled with a healthy sense of irony, Douglas uses his character’s writer’s block and fear of creative stagnation as a symbol of mid-life existential dread.

Stand-up comedian and professional nerd, Patton Oswalt, trades in Dungeons and Dragons for football to play obsessed sport fan who over-analyzes and fumes to sports radio talking heads. His best scene is scripting a rant, but than calling into a radio show pretending it is off the cuff. Unfortunately, a tragic interaction with his favorite player leads him to question his entire identity. It seems like low-stakes, but those people who put too much of themselves into their hobby deserve to have their story told too. 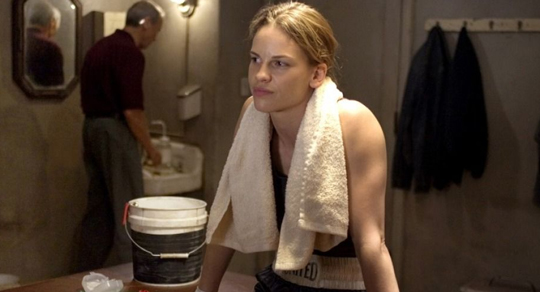 Plucky and enthusiastic has never been as endearing as Swank makes them in this little-boxer-who-could story. She effortlessly melts the hearts of anyone she talks to (except her damn family’s) while never losing her bad-ass streak in the ring.

Mark Ruffalo’s con man character has one rule, the mark ultimately gets what they really want. That way they never question if they were conned in the first place. It’s more clever than most con men, and he never stops being clever. Every quip, declaration of truth, and any other piece of dialog might be manufactured and should be suspicious because of that, however, they are delivered with so much sincerity that you’ll never be sure.

In his least sarcastic role to date, Bruce Willis drops that Jersey street charm that gets him though Die Hard for a surprisingly contemplative and sad performance. He rejects his superhero birthright and spends much of the movie powerless over his own problems, struggling in silence (depicted to thousand mile stares through incredibly sad eyes) as his family drifts apart.

The Life Aquatic is borderline parody, but the heart of the movie keeps coming back to Zissou (as played by Bill Murray) and the bittersweet way he looks at the world. He has a curiosity in the natural world but is vengeful and ready to burn it down. Bill Murray oversells his gift for game show host gab to narratively shield (and technically overcompensate for) the sadness and loneliness the character feels even when surrounded by a ship’s worth of crew. 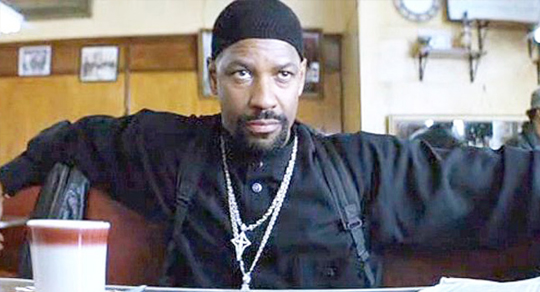 Although his Oscar for this role may have actually been for his career (making up for his Malcolm X loss), his performance is still no slouch. At first, he is charming in a hotshot way, but, eventually, circumstance paints him as callous. Nothing really changes in his performance, he is just everything at once, delivering every line with the utmost authority.

Soul-searching hitman sounds like a joke, and it is funny. However, it is also very sincere and sad, thanks, in part, to Brendan Gleason. H is generally pleasant demeanor draws us in, and he is also thoughtful and regretful as he basks at Bruges’ history written in its art and architecture. And when the song, Raglan Road, starts, get ready for the feels.